Resentment over steep rises in inflation and an influx of refugees are stoking support for illiberal populists. 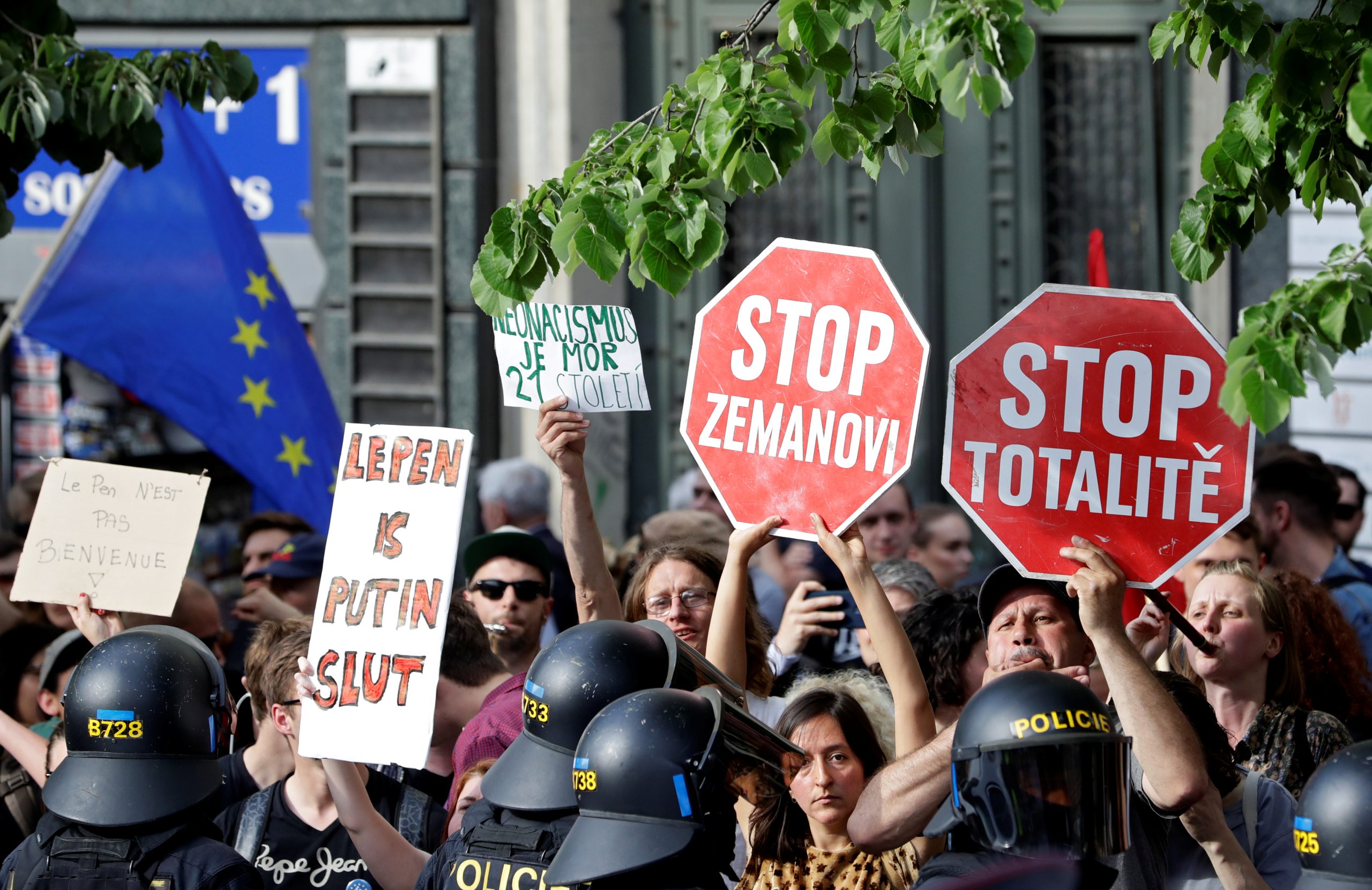 Resentment over steep rises in inflation and an influx of refugees are stoking support for illiberal populists.

A year after taking power on a wave of civic activism, the coalition government of Czech Prime Minister Petr Fiala is under siege from a decidedly un-civic uprising, and a populist backlash threatens the stability of the Czech Republic and of European politics more broadly.

On September 3, a crowd of 50,000-70,000 protesters gathered in Wenceslas Square in Prague. Unlike the 1989 protests against communism and the large 2019 gatherings in support of the rule of law, the crowd was galvanized by skyrocketing energy prices and the Czech Republic’s warm welcome of more than 350,000 Ukrainian refugees. The event was organized by extremists including far-right groups and the Communist party, many both pro-Russian and opposed to membership in the European Union (EU), NATO, and the World Health Organization (WHO). The protesters demanded the government’s resignation for failing to deliver self-reliance in food and energy and for “diluting the national bloodstock” with refugees.

Prime Minister’s Fiala government assumed power a year ago at the head of a five-party coalition, boosted by a large surge in civic activism to defeat the billionaire premier, Andrej Babiš, and his party, ANO. From 2018 to 2021, the Million Moments of Democracy civic group organized protests against Babiš and in support of liberal democracy, culminating in June 2019, when 250,000 gathered in Letna Park in Prague. The opposition capitalized on increased voter turnout and won in October 2021. Many smaller parties failed to pass the 5% electoral support threshold and for the first time since 1989, no left-wing party won parliamentary seats. As a result, more than one million votes, mostly of less well-to-do Czechs, are currently unrepresented.

The lack of concrete government action to counter inflation and rising energy prices – which, together, have doubled the percentage of Czechs below the poverty line – combined with tangible aid to Ukrainian refugees, have created an ideal breeding ground for the politics of resentment. Economic fear and political exclusion are at the core of the current protests. Moreover, extremists who were already spreading conspiracy theories during the Covid-19 pandemic, further radicalized citizens with disinformation about the war in Ukraine.

The protesters come from diverse backgrounds but are united by anti-establishment sentiment. Some are radical fascists and skinheads. Others are moderates falling below the poverty line, and who feel abandoned by the government. There are nationalist splinter groups from mainstream parties, such as supporters of the Tricolore, as well as communists hoping for an electoral comeback. Another key group was recruited from the counter-culture of far-right anti-vaxxers. The protesters share a disdain for democracy and support Russia. Above all, they hope for a flow of cheap Russian gas that would alleviate their economic problems.

In this explosive situation, the government has appeared tone-deaf. The head of the country’s parliament called on citizens to keep warm in the sometimes bitterly cold Central European winter by wearing sweaters. “Two sweaters for us, everything for the Ukrainians”, read numerous protesters’ banners.

Crises are opportunities for political brinkmanship. Two parliamentarians were notably absent at the protest: Babiš, the leader of the opposition, and the leader of the extreme right, Tomio Okamura. Babiš is viewed by protesters as part of the establishment, and the far-right Okamura as someone who is a part of the system and therefore out of touch. Even so, the pair may yet benefit if anti-government sentiment grows.

In recent months, the billionaire ANO leader has been touring the country in a camper van to garner support and rail against Prime Minister Fiala’s team of newcomers. Babiš’s message is familiar: he portrays the government as incompetent, corrupt, and unable to curb escalating energy prices. Moreover, he uses increasingly inflammatory language during his rallies, across his very substantial media holdings, as well as on Facebook and Instagram. This foments violent sentiments against journalists, counter-protestors at his rallies, and especially the government.

The stakes in Babiš’s bid to regain power are high. If elected president – and while he hasn’t yet announced his candidacy for 2023, he is clearly on the campaign trail – he will regain immunity from criminal prosecution. His trial over an alleged €2m ($2m) EU subsidy fraud – which he calls a hoax – began on September 12.

Babiš is playing a delicate game. He excels at polarizing the electorate but shies away from becoming the face of illiberal protests. His business empire at home and in the EU largely relies on bank loans. Ever a pragmatist, he has no desire to become a pariah in the eyes of mainstream Western governments. He is a populist, but he has never shown any affinity for Russia (although the pro-Russian President Miloš Zeman supports him as his successor.) He even benefits from the current economic turmoil, with inflation making his outstanding loans cheaper while his companies’ profits have outstripped inflation. However, because he fears prosecution, he is putting all his efforts into undermining the fragile governing coalition and slowing down the courts.

Fiala’s government is a diverse group of five parties that ran on a promise not to raise taxes and to increase transparency in politics. Yet, it is now faced with war, refugees, inflation, and soaring energy prices. Two-thirds of citizens are now critical of the government. If populists and illiberals coalesce, they may well win the next election, scheduled for 2025.

The health of Czech liberal democracy — and its historic role as a bulwark against the onslaught of illiberalism in Central and Eastern Europe — depends on the ability of the government to address economic fears and anger over political exclusion. It will take more than a sweater.

Petra Guasti is an Associate Professor of Democratic Theory at the Faculty of Social Sciences, Charles University in Prague, and a Senior Research Fellow at the Institute of Sociology, Czech Academy of Sciences. Petra’s research focuses on reconfiguring the political landscape and revolves around representation, democratization, and populism.