Revisiting the Map of Europe, 100 Years Later Pride and nostalgia abound in November 2018 as countries mark the end of the First World War and the birth (or rebirth) of independent nations that followed the collapse of the Austro-Hungarian, German, and Russian empires. Those emotions are fully justified. It would be perverse to mourn the death […] 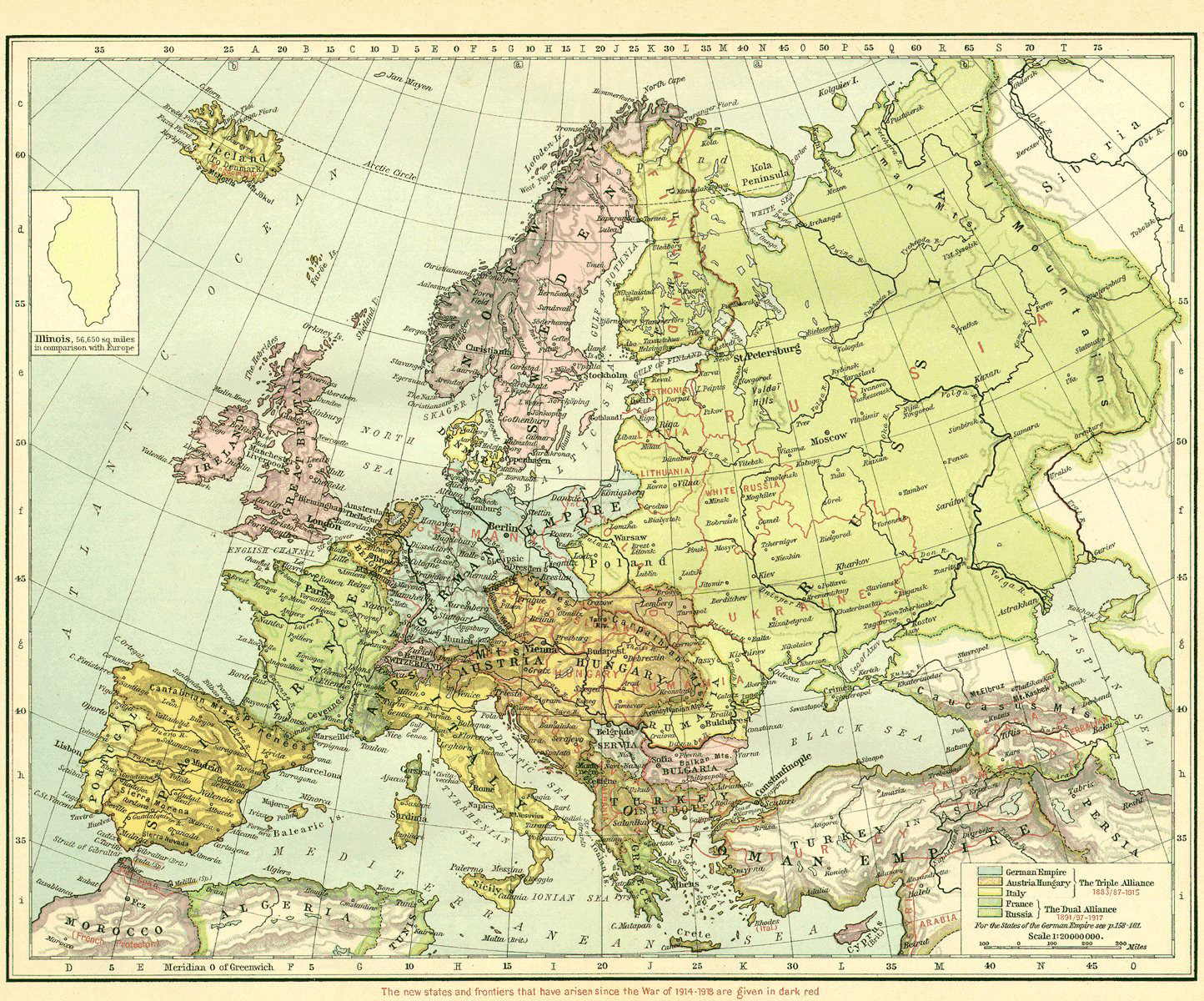 Pride and nostalgia abound in November 2018 as countries mark the end of the First World War and the birth (or rebirth) of independent nations that followed the collapse of the Austro-Hungarian, German, and Russian empires.

Those emotions are fully justified. It would be perverse to mourn the death of the old feudal order in Europe. It was not the empires’ demise that paved the way for Hitler and Stalin, but the failure of the victorious big countries to grasp the scale of the task involved in making post-war Europe work. The U.S. Senate’s lamentably short-sighted vote in November 1919 against joining the League of Nations deserves particular attention here. Without U.S. involvement, the international body became ineffective as great power politics revived in Europe. The centenary of 1918 is a good opportunity for reflection about how the opportunities it presented were squandered. We should not make the same mistake again.

But the commemorations of 1918 are also incomplete without a thought for the less lucky. If the tide of history had flowed only slightly differently, the map of Europe—and the dreadful events of the subsequent decades—would have been very different.

One category of countries gained independence in 1918 only to lose it later. They include Armenia, Azerbaijan and Georgia in the Caucasus plus Belarus and Ukraine. All swiftly fell victim to the Bolshevik desire to crush independent countries on their borders. When they regained independence in 1991, the events of seven decades earlier had faded from living memory and had little practical impact. A partial exception is the Belarusian National Rada (council), which has maintained a tenuous existence during a century of exile, and maintains its symbolic distance to the autocratic and Kremlin-influenced authorities in Minsk.

Estonia, Latvia, and Lithuania narrowly escaped the same fate in the tumultuous years of early independence, facing not only the Bolsheviks but the German Freikorps, Russian Whites, and (in Lithuania’s case) Poland. But for the Baltic states, the legacy of twenty years of independence between the wars proved crucial in making a success of statehood when it was restored in 1991. They had continued to exist de jure, despite their de facto occupation by the Soviet Union. That gave them vital access to financial and other assets that had survived in exile.

The more tantalizing category is places whose dreams of independence remain just that. The prime example is Idel-Ural, a short-lived proto-state based around what is now Tatarstan, a republic in the Russian Federation. Idel-Ural was crushed by the Bolsheviks in 1918. But its influence lingers. Its exiled leader, Sadri Maksudi Arsal, was a close associate of the Turkish leader Kemal Ataturk in his promotion of a modern, secular Muslim state. An initiative based on promoting the independence of the six republics of the Volga region – Mordovia, Chuvashia, Mari El, Tatarstan, Udmurtia, and Bashkortostan – was launched at the Lviv book fair this autumn.

None of these places are close to actual independence in the foreseeable future. In most of them, ethnic Russians are in the majority; the indigenous languages (Turkic and Finno-Ugric) and culture (Muslim and pagan) have sidelined. The Kremlin has tightened its grip sharply on Russia’s provinces since the 1990s (Chechnya, which runs according to its own rules, is the big exception).

But it would be rash to assume that the story is over. Independence for any of the captive nations of the Soviet empire once seemed as remote as Tibetan freedom does now. Incompetent, oppressive rule from the center always grates, particularly if, even in the dim and distant past, you have ever tasted even the scent of freedom.