Belarus has aided Russia’s invasion of Ukraine by hosting its armed forces, supplying hardware and allowing missile launches. What’s the next step? 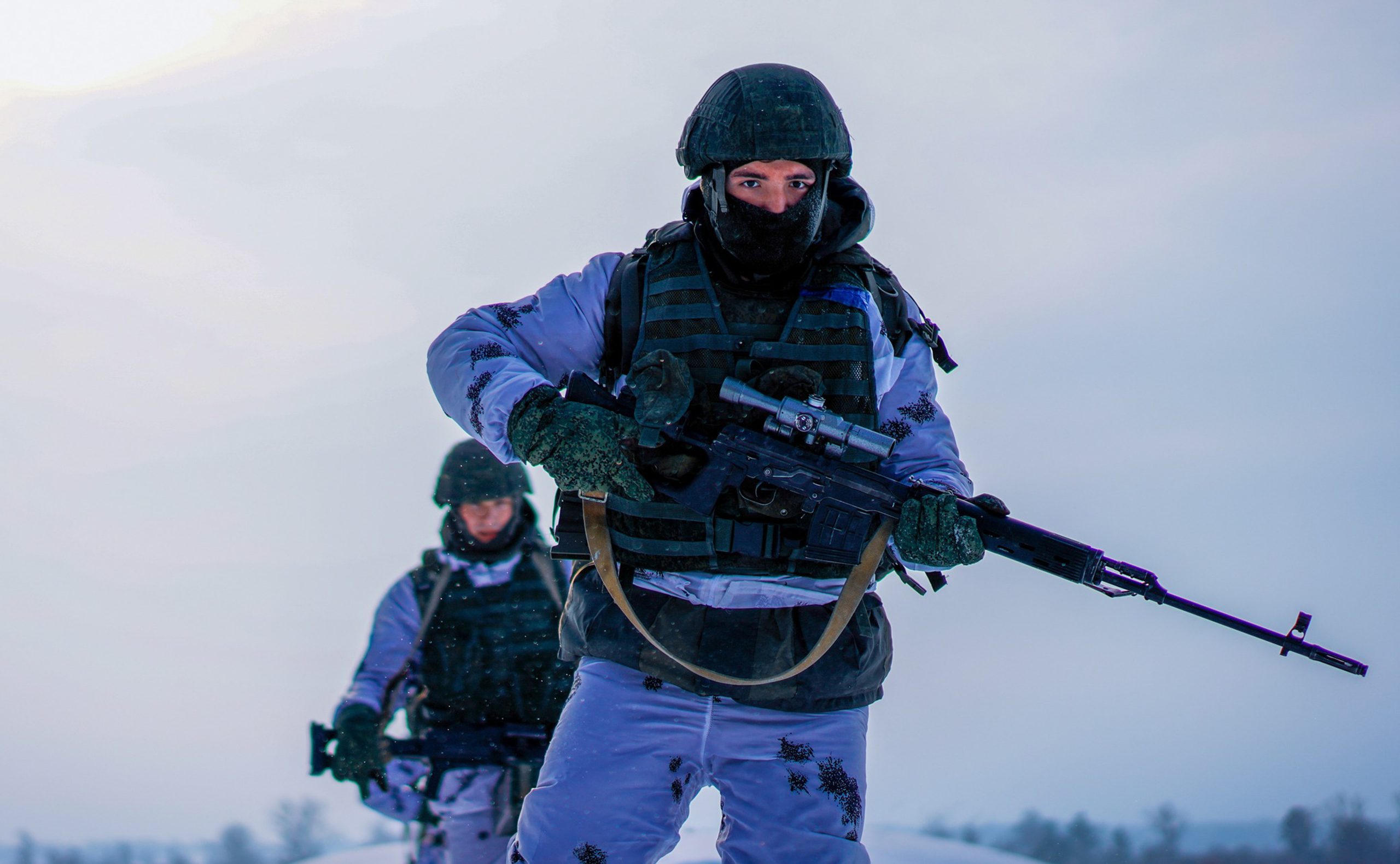 Speculation that the Russians are preparing a new offensive into northern Ukraine has again raised questions about Belarus’s role in the war. Belarusian forces and military hardware have been moved across the country, causing concern it might finally join the Russian invasion.

The government of the dictator Aliaksandr Lukashenka claims it is conducting a counterterrorism exercise, but an unexpected meeting between Russian Defense Minister Sergei Shoigu and his Belarusian counterpart Viktor Khrenin has added to fears that something more serious may be planned.

As the war approaches its 10th month, Russian President Vladimir Putin’s war has failed. More than 100,000 Russian soldiers have been killed or injured, and it has lost billions of dollars of military equipment while Ukraine has successfully launched counterattacks across the country, reclaiming territory.

Russia has tried to implement new strategies to change the tide, but so far to no avail. Referendums in four Ukrainian provinces to formally annex territory were denounced as a sham by the international community and ignored by the government in Kyiv. Some of the lands claimed as part of Russia were then liberated by Ukraine. The mobilization of reservists has increased discontent at home, with images and videos showing poorly equipped conscripts, with sub-standard weapons, or no weapons at all, and no proper training, have been widely shared.

As the situation worsens, Putin appears to have stepped up his attempts to coerce Lukashenka into joining his war. To date, Belarus has supplied Russian troops with military hardware and equipment; transported Russian forces into northern Ukraine; and allowed Russia to conduct missile and air strikes from Belarusian territory. But Lukashenka has fallen short of sending soldiers.

There are several reasons Lukashenka has held back, not least that numerous members of his armed forces openly opposed Russia’s invasion of Ukraine, and would not engage in any direct involvement in the war. Some have gone one step further and resigned from the military in opposition to Belarus’s aid to Russia, while others have fled the country and are fighting alongside the Ukrainians.

The Belarusian opposition movement, which Lukashenka only overcame with help from the Kremlin in the aftermath of the stolen 2020 election, also remains strong. The two-year-old movement has continued to gain support while successfully building relations with the West and condemning the regime. The effectiveness of saboteurs, who have disabled train tracks to prevent military equipment from reaching Russian forces, also suggests a level of practical organizational ability among his opponents that’s troubling for the president.

Polling and surveys have found that most Belarusians oppose the invasion of Ukraine, and it’s clear that if Lukashenka decided to send troops he would spark outrage across the Belarusian military, the civilian population, and among prominent political figures.

It would be a risky gamble, and his public statements suggest he understands this. In November, the president said Belarusian troops would offer nothing to the Russian invasion of Ukraine. “It would make things worse,” and Belarusian forces would not “solve the problem,” he said.

Lukashenka has been known, however, to go back on his word, and one must be skeptical of his statements. Nonetheless, he has reiterated this point since the start of the invasion on February 24, and has been consistent in insisting Belarus will not send troops.

The concern now is how much longer he can hold out against Putin. The Russian president is getting desperate, and will do everything he can to win his war. He also exercises power over Lukashenka.

Putin’s Russia has provided loans of several billion dollars to Belarus, it is the country’s largest trading partner and its gas supplier. If Putin wants to escalate with Lukashenka, he could simply cut energy supplies, as he has done elsewhere, or begin to restrict elements of trade with his neighbor. Both men know that Belarus would struggle to survive economically without Russia. Any reduction in Kremlin aid would place Lukashenka in an extremely difficult position. Putin is his only real friend and has helped him stay in power. Faced with the choice, the Belarusian president might capitulate to keep his job. Europe, which he once wooed, is now hostile.

Lukashenka has made a deal with the devil and has no good options left. Joining the Russian war could prove a historic error, but so too could refusing Putin’s demands. And a loss of office would be a personal disaster — who would offer sanctuary to such a man? Lukashenka has a hard-won reputation as a shrewd and ruthless operator, but his options are narrowing.