Bulgaria’s Stalemate May Yet Be Broken

However, the political waters are now muddier 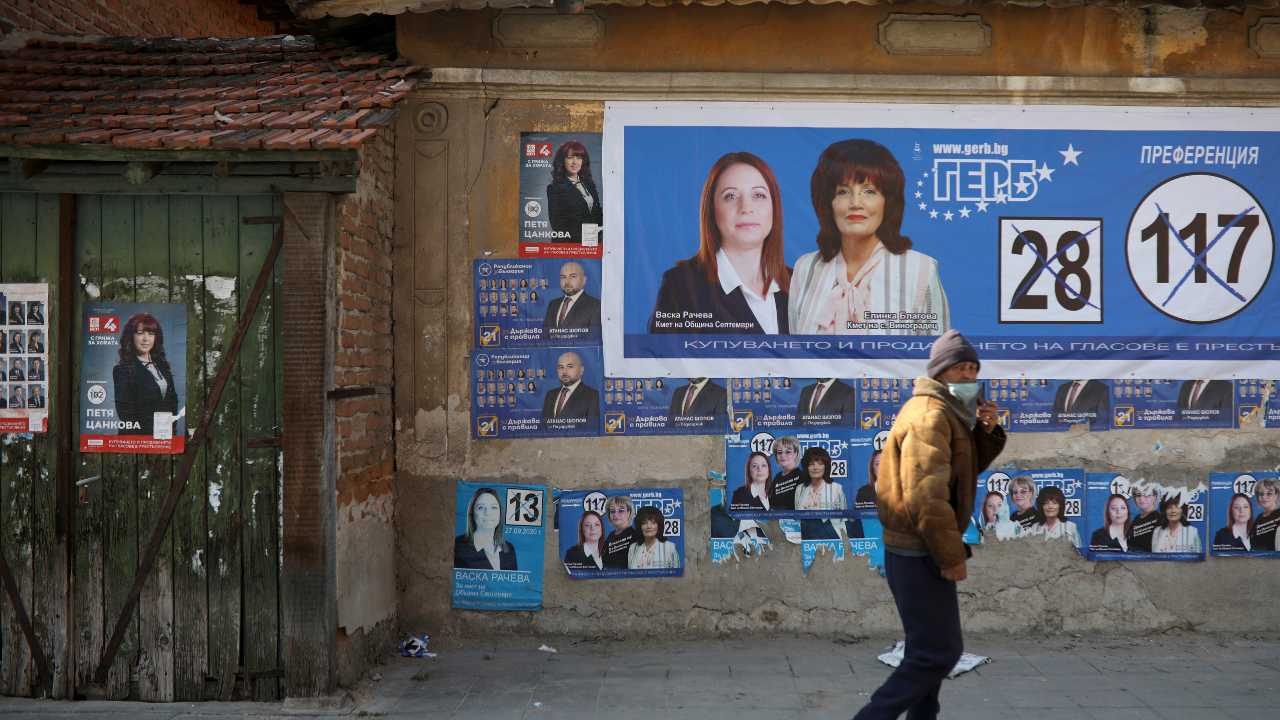 Photo: A man walks past a wall with election posters of the ruling centre-right GERB party and the opposition Bulgarian Socialist Party, in the village of Vinogradets, Bulgaria, March 28, 2021. Picture taken March 28, 2021. Credit: REUTERS/Stoyan Nenov

It may appear from a distance that there is little happening for Bulgaria since the April elections resulted in a tied outcome, the establishment of a caretaker government, and the dissolution of the short-lived parliament before a new popular vote on July 11.

In fact, the current period is probably one of the most significant moments in Bulgaria’s history over the last three decades, and a decisive moment of its anti-post-communist revolution.

The inability to create a government resulted from the principled position of the protest parties (There is Such a Nation and Democratic Bulgaria) in the new parliament. While they lacked a necessary majority, they refused to make any concessions to the parties associated with the “old regime”.

The resulting caretaker government is the sixth in over the last 30 years. With an average duration of fewer than 100 days, the main purpose of these governments, devoid of public legitimacy, has been to administer the state and conduct elections.

However, the case of the recent Prime Minister Stefan Yanev is special. Designated by President Rumen Radev, Yanev’s role is not only to administer and conduct the elections, but also to regain as much control over state institutions as it is possible for this short period of time. This innovative assertiveness is an absolute novelty.

The consequence is an energetic purge across the central and regional administrations, law enforcement, and endless state agencies. Changes to the electoral law, adopted by the short-lived parliament in late April, will increase the leverage of voters abroad. All these measures, together with the reshuffling of the Central Election Commission and changes to polling monitoring of aim to create a fairer process. Thus, one of the main demands of the protest parties has effectively been achieved and the July elections will be held in a profoundly different environment to April. That makes the outcome even less predictable and more interesting.

It is odd, then, that Bulgaria’s political analysts are skeptical about the election results. The dominant argument is that the July 11 elections risk institutionalizing political polarization and can lead only to more elections and political stalemate. This seems to almost completely disregard the potential for a more decisive outcome, either to consolidate power in the hands of the protest parties or to resurrect the “old regime” of Boyko Borisov, a former bodyguard to ex-communist leader Todor Zhivkov.

A win for Borisov’s GERB in these elections will give him additional credibility as a genuine statesman with support strong enough to win even when not controlling the organs of state. Conversely, GERB’s defeat will expose the importance of state capture and the fragility of democratic institutions in the hands of criminals in suits (those targeted by widespread anti-corruption protests in 2020) and will pose legitimate questions about the symbiosis of such a regime with the EU values.

The protest vote needs renewed mobilization, but this time its anti-Borisov appeal will be discounted by the political experience of the last two months and the unwillingness of the anti-establishment TSN party, Slavi Trifonov, to take the responsibility and establish a government after winning second place in the polls. At the same time, the July elections come as an extra roll of the dice for the “old regime” parties. The Bulgarian socialists have the chance to sidestep from the road to perdition. The scattered nationalists also learned their lesson from the April political defeat that left them outside parliament and have already united as “Bulgarian patriots” ahead of the July elections.

While prior to the April elections the dividing lines between the “old regime” and the protesters were clear, the political waters are now muddier. President Radev can help resurrect the Socialist party, which helped him into power, or side with the protesters. Whatever his choice, Borisov still has his trumps as Ivan Geshev is untouchable in his chief prosecutor’s office and the GERB structures are well embedded within the civil service.

The belated U.S. Treasury sanctions on Bulgarian politicians and businessmen associated with Borisov and the “old regime” (including media owner and “oligarch-in-chief”, Delyan Peevski), signal U.S. support for a change. Yet the ambivalent approach of EU officials, which continues to meet with Borisov, encourages a feeling in GERB that not all is lost yet.