Belarus is mourning the death of its first head of state, who perestroika brought into politics and who continued to educate until the end of his life. 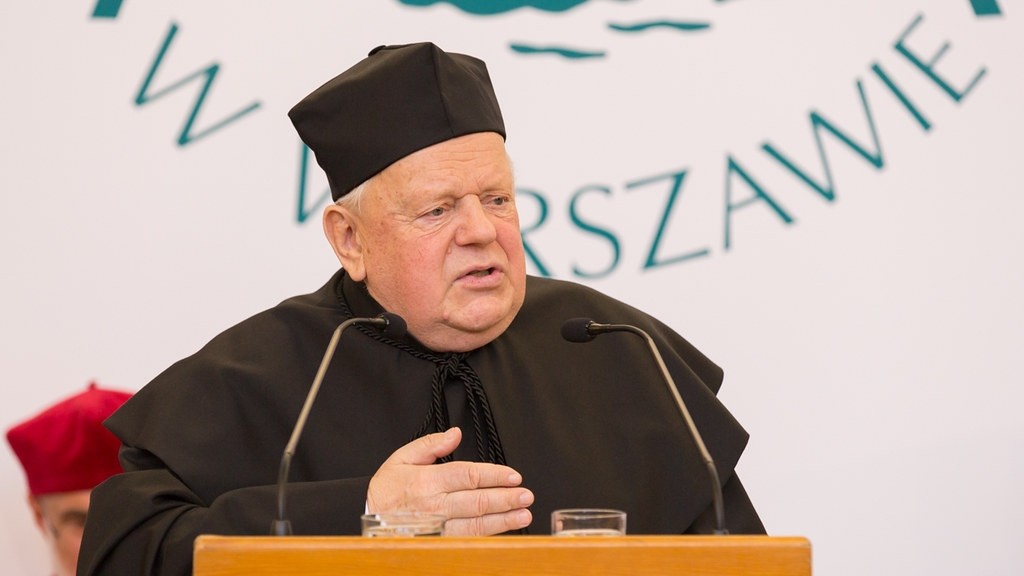 Belarus is mourning the death of its first head of state, who perestroika brought into politics and who continued to educate until the end of his life.

The name of Stanislau Shushkevich will go down in history as one of the signatories, together with Boris Yeltsin of Russia and Leonid Kravchuk of Ukraine, of the Belovezh Accords, which on December 8, 1991, legally confirmed the end of the Soviet Union.

Shushkevich called this his biggest achievement: he believed that the concurrent decision to sign the Treaty on the Creation of the Commonwealth of Independent States prevented ethnic conflict and mass violence that could have erupted following the collapse of the Soviet empire, akin to what happened in Yugoslavia.

To Shushkevich, his other major achievement was the immediate and unconditional disposal of all tactical and strategic nuclear weapons, which were stationed in Belarus as the western frontier of the Soviet Union. Aliaksandr Lukashenka, the authoritarian ruler of Belarus since 1994, later accused Shushkevich of giving away the weapons voluntarily and without negotiating a sufficient financial price. Shushkevich, a nuclear physicist during the Cold War-era, very well understood the risks of a nuclear exchange and wanted none of it.

To most Belarusians, he was first of all a father of the nation. On September 19, 1991, the first publicly elected parliament in Minsk changed the name of the Belorussian Soviet Socialist Republic to the Republic of Belarus, and approved the white-red-white flag and the Horse-rider emblem as the state symbols (both featured prominently in the 2020 protests against Lukashenka’s stolen presidential election.)

That happened a day after Shushkevich had been voted in as Speaker (and de jure head of state) to replace a party apparatchik who, together with the communist majority in parliament, had supported the August 1991 putsch in Moscow. Shushkevich was instrumental in persuading the parliamentary “old guard” to adopt these important historical symbols of Belarus, as had been advocated by a small faction of the anti-Russian Belarusian Popular Front party.

He was a democrat at heart, and zhoda (agreement in Belarusian) was his favorite word. His willingness to listen to all sides and seek compromises played a key role in getting the pro-Russian communist majority to agree with the anti-Russian liberal minority to lay down the legal foundations for the existence of a newly born independent Belarus. That led to the enshrining of nuclear-free status and defense neutrality in the Belarusian constitution, as well as to important political and economic reforms, which seemed certain at the time to set Belarus on a firm democratic path to bring it closer to the West. In recognition of Belarus’ democratic orientation, US President Bill Clinton paid a visit to the country in 1994, undoubtedly a remarkable foreign policy achievement for Shushkevich.

Indeed, he was regarded as a democratic champion in Central and Eastern Europe, along Václav Havel in the Czech Republic, Lech Wałęza in Poland and Vytautas Landsbergis in Lithuania. Just a few years later, however, Lukashenka froze all liberal reforms, disbanded parliament, re-instated the Soviet flag and emblem, and re-wrote the constitution to ensure his own grip on power. Most recently, he even revoked Belarus’ nuclear-free status and defense neutrality.

Born the son of a dissident Belarusian poet, Shushkevich spoke Belarusian exceptionally well and promoted it vehemently to the Russified public. During his years of power, Belarusian replaced Russian as the official language of communication. His policies aimed at promoting genuine research into and popularization of Belarusian history and culture as inherently European, an effort that became known as Adradzhenne (national revival) and which was completely counter to the Russified and imperialistic account of the Soviet times. That brief period was the only time in the 30 years of Belarus’ independent existence when the national heritage received proper public scrutiny.

As head of state, Shushkevich remained modest and accessible, living in a Minsk apartment block and driving a small Zhiguli. A person of extraordinarily wide knowledge and interests, he did not plan a political career. Having begun working life as an engineer at a Soviet factory, he soon became a well-known academic and scientist, the head of the department of nuclear physics at the top Belarusian university and later its vice-rector. His textbook on physics was taught across the Soviet Union, and students from various universities would bring him flowers, so popular were his lectures.

He was masterful at explaining complex theories in a simple but gripping way, with no hint of arrogance towards the interlocutor — a skill that undoubtedly paid off in his political career. Although he seemed destined to remain in academia, the reformist wave which swept through the USSR in the late 1980s pushed him into politics. Moscow’s cover-up of the 1986 explosion at the Chernobyl nuclear plant, just across the border in Ukraine, and which contaminated 60% of Belarus with radiation, also played a key role in motivating him to seek social change.

In 1989, having defeated 16 other contenders, Shushkevich was elected a people’s deputy of the USSR and a year later joined the Inter-regional Deputy Group headed by Andrey Sakharov, the first open political opposition grouping in the Soviet Union. Facing fierce opposition from Belarus’ largely communist parliament, Shushkevich nonetheless strongly criticized the revanchist 1991 putsch against Mikhail Gorbachev. Shushkevich had a fundamental belief in the rule of law and the value of institutions, and he remained outspoken about freedom, democracy and human rights until his final day.

Shortly after the visit of President Clinton to Belarus, Lukashenka, then the head of an anti-corruption committee in parliament, accused Shushkevich of corruption for allegedly failing to pay for a box of nails when building a countryside home, and forced his resignation. Given the grand larceny that was to follow, it is hard to see the charge as anything except political; Lukashenka was known to have been indignant at Shushkevich’s refusal to ask Clinton to intervene on behalf of two Russian spies who had worked undercover in the Belarusian Mission to the UN, and had been uncovered by the US.

Shushkevich stood for everything that Lukashenka despised, and the dictator took his revenge to the end. He deprived Shushkevich of a special state pension and forbade his burial at a cemetery reserved for those who had made a great contribution to Belarus. Yet Shushkevich’s final wish was, anyway, to be buried at a different cemetery, next to the grave of the 31-year-old artist Raman Bandarenka, who died from police beatings in the aftermath of the 2020 protests. That too was blocked by the authorities, after Shushkevich’s family had made arrangements to honor his wishes.

An exemplary Belarusian statesman, Shushkevich, no doubt, will be re-buried in due course with all the dignity he deserved and will remain a lasting inspiration to the Belarusian opposition movement still fighting for freedom.

After finishing his political career, Shushkevich lectured about politics and history around the world. He carried through his entire life the desire to spread knowledge and change the world for the better. “I had received training for my work as a researcher and physicist and was therefore prepared for that. In politics, I did not understand until much later what was needed. Some things, I am still trying to understand, because politics is a very serious science.”

Katia Glod is a nonresident fellow with the Center for European Policy Research’s (CEPA’s) Democratic Resilience Program. She is an independent analyst and political risk consultant based in London and advises on the politics and economics of former Soviet countries.