Avoid Potholes on the Road to a Transatlantic Tech Alliance 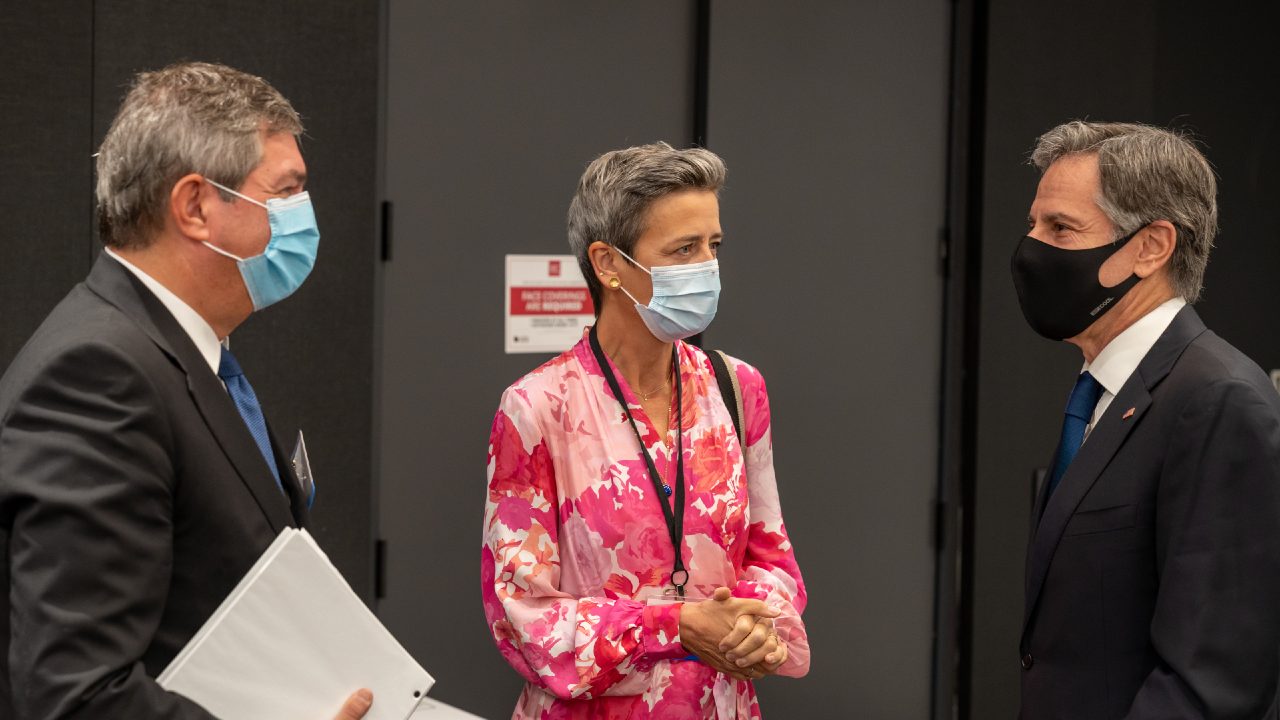 Photo: EU and US officials at the TTC Ministerial. Credit: US Department of State.

Latvia Poised to Summon Conscripts as Russian Menace Grows Prioritizing the Rule of Law: Ukraine Must Stay the Course Rumors That Resonate Behind the Lines Self-Harming: the West’s Media Policy for Russia Georgia Fatigue? Time to Wake Up High Treason, Stalin-Style
Explore

The regulation envisaged in the Digital Markets Act (DMA) to be voted this week in the European Parliament goes too far and has been adopted too fast. The EU needs to rethink its position to better promote growth and innovation and seek common ground with our US allies.

Let’s start with a simple truth: Big Tech companies deliver services for free that most citizens in modern societies would never want to live without. And Big Tech would not be able to do so if there were no profits involved.

One can and should discuss how precisely, in these circumstances, citizens’ rights to privacy and data security should be protected. But it is counterproductive to only target the five biggest tech companies, all American, with massive obligations as so-called gatekeepers.

It is not just dangerous for the five companies, but also for Europe’s own tech companies. Protectionism doesn’t help innovation. There are numerous ways to help start-ups and medium-sized tech firms in Europe that do not involve cracking down on the big American ones. These range from cutting red tape to improving digital ecosystems.

The best approach to tech regulation would be to promote growth – particularly in the present pandemic-induced shaky state of our economies. Europe’s post-COVID recovery would benefit.

A transatlantic approach makes sense because many digital actors in Europe are American. Congress is discussing its own regulation of Silicon Valley. The ideal venue for a transatlantic approach to tech regulation is the Tech and Trade Council (TTC), created in 2021, in response to the Biden administration’s reaching out to European allies after the Trump years. The second TTC meeting will happen in early 2022: the EU should seek common ground and coordinate with our most important partner and ally.

The imperative for the TTC should be to create a level transatlantic digital playing field, avoid unilateral regulation, and come up with specific proposals to stimulate collaboration on innovation. Europe and America have far more to gain by cooperating on invest in the technologies of the future than by going separate ways.

The most important rationale for a Transatlantic Tech Alliance is that democracy is threatened by global authoritarianism that has increasingly turned to use digital tools. China under the Communist Party has become the leading power of this digital autocracy, and it has laid out concrete plans to create a blueprint for other authoritarian states on how best to use technology to crack down on dissent at home and aggressively weaken democracy abroad. In several strategy documents released in 2020, the Chinese Communist Party has tried to embed its antidemocratic values in globally valid tech norms.

This makes a common Western approach to tech regulation all the more imperative. Democracies should strengthen their digital competitiveness and bolster their unity. That works only if they avoid protectionism and don’t let themselves be split.

Here are the dos and don’ts of a strategically responsible EU tech policy for 2022, ideally: don’t rush, don’t overregulate, don’t single out the five Big Tech companies, and focus on growth, innovation, and democratic resilience against authoritarianism – with a Transatlantic Tech Alliance.

Roland Freudenstein is Vice President and Head of GLOBSEC Brussels. Since 2008, he also has been Policy Director of the Wilfried Martens Centre for European Studies, the think tank of the European People’s Party in Brussels.