A Troubling Silence on Prisoners of War

The Russian-Ukrainian War is the most significant ground war in Europe since World War II and a test of the treatment of prisoners of war (PoWs). 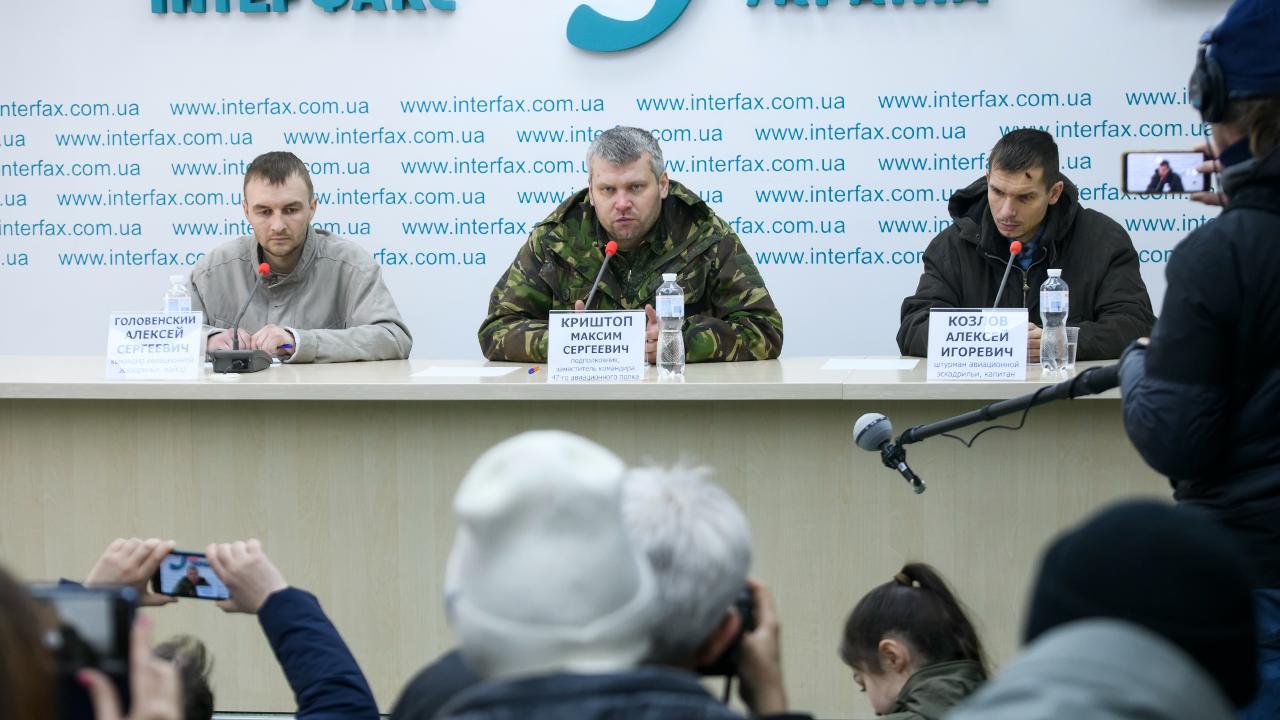 With a few exceptions in the Balkans in the 1990s, Europe has not experienced a large number of captured personnel since 1945. The American experience is close to 50 years away, ending with the War in Vietnam. Years of counterinsurgency operations have bred complacency; the notion that potentially thousands of soldiers could become prisoners of war (PoWs) has until the events in Ukraine been seen as unlikely. Preparing soldiers for captivity, confinement and interrogation has also lapsed, and that risks mistakes and unnecessary harm in a conflict.

It is wholly unclear how many prisoners have been taken by the two sides since Russia’s unprovoked aggression began on February 24. Ukraine is following the laws of war and treating Russian prisoners accordingly by holding them in camps at unstated locations, Prosecutor General Iryna Venediktova has said.

Russia suggested early on that around 500 Ukrianians had been made PoWs, but the government in Kyiv says it has no news. It argues that Russian PoWs — who early in the war were reported to number about 1,000 — have been visited by the International Committee of the Red Cross (ICRC.) In reality, the number on both sides may well already be in the thousands. Ukraine has meanwhile established a website giving details of captured and killed Russian troops.

Authoritarian regimes use threats towards PoWs as a tool to intimidate. They also seek to take advantage of PoWs by threatening with their legally unfounded interpretation of the Third Geneva Convention of 1949.

Russia’s silence on captives is troubling, and so too are its threats toward foreign volunteers, around 20,000 of whom are reported to have joined the Ukrainian Armed Forces in recent weeks. The attempts to intimidate are clear. By describing foreign personnel as criminals, mercenaries, and bandits, Russia presents a case that the volunteers are “unlawful enemy combatants,” therefore subject to prosecution and risk the death penalty if captured. The Russian case has no legal underpinning in the Third Geneva Convention, unless the foreign volunteers themselves commit evidenced war crimes. As long as the foreign volunteers act according to the laws of armed conflict, they have PoW status protection.

The situation is made more difficult by the absence of recent experience in dealing with PoWs in Europe. During two decades of fighting the Global War on Terrorism, a Western soldier’s chance of being captured was very low. However, in a large ground war, as we see in Ukraine, forces can easily be overrun by a rapidly advancing adversary. Unless there is a prisoner exchange agreement, the captives can expect to be held for some time, possibly years. Establishing where they are held and in what conditions, will be very important work for the ICRC, which must be assisted by Western powers.

In addition, according to international law, all soldiers must clearly understand the rights of PoWs, both from the captive and the captor’s perspective. By clearly establishing an understanding, a group of PoWs can also help enforce the rights of their fellow prisoners.

But Russia’s chauvinistic culture training contains no explanation for Russian soldiers on how to act if captured, because this contradicts the regime’s narrative. The fact that a Russian soldier could become a PoW, as in Ukraine, in a stalled and failed military operation, does not fit the regime’s projection of national superiority and strength.

All major powers have envisioned potential future wars as highly mobile and offensive actions, coupled with deep strikes into enemy territory to break opposing defenses. In the Russian doctrine, the military seeks to penetrate defenses, encircle, trespass, dis-integrate the enemy, and exploit the resultant freedom of movement to achieve operational and strategic goals.

These plans look better on paper than in reality, as the Russian invasion of Ukraine has showcased. In a fluid, rapid, and extremely violent battlefield of scale, there will be numerous situations where further resistance is futile — and becoming a PoW is the only option.

Their treatment so far by both sides has been far from perfect. Russian PoWs in Ukrainian hands have been seen across social media and news outlets, a practice that Human Rights Watch described on March 16 as exposing them to public curiosity and humiliation, a breach of the Geneva Convention. Russian captives have said they are well treated and resentful that they have been part of the Russian war of aggression on the peaceful Ukrainian people.

On Youtube, there are numerous videos of Russian PoWs calling home to tell their families that they are alive, in Ukrainian hands, and with the added message that the family should spread on the homefront the message that the war is lost.

To ease the Russian fear of surrendering, the Ukrainians tell Russian service personnel that they will be safe when surrendering — Russians can approach Ukrainian positions and indicate a wish to capitulate by turning armored vehicle guns away from their positions.

At least there is some sense of what might be happening to captured Russians; there is very little information about the fate of captive Ukrainians and therefore very little criticism of the Kremlin’s actions. The ICRC says it has talked to both sides about PoW treatment, but does not publicize what is said. There is some hope that they will at least survive the ordeal —  a group of 24 Ukrainian naval personnel kidnapped by Russia in 2018 were released the following year in a prisoner swap.

The absence of reporting on the Ukrainian PoWs in Russian captivity could nonetheless be a cover for their unlawful treatment; Russia and its Ukrainian proxies have previously acted with a great deal of secrecy and rumors of mistreatment of captives in Donbas. The silence on the fate of new captives fate is concerning.

Past experience suggests the experience of wartime capture is profound. In a 1964 US Air Force-funded study titled “Captivity lore and behavior in captivity,” former Korean War PoWs were interviewed about their experience. The repeated response was that they felt unprepared to deal with captivity, and that this made them less able to mentally and physically sustain the long confinement. Panic and shock is a result of unpreparedness. Soldiers panicking at the point of capture are avoidable casualties.

As an analogy with a similar stressful and high-risk action, we can compare soldiers being captured with abandoning a sinking ship. In the World War II (1943) classic naval book, How to Abandon Ship it states, “Most casualties at sea are actually the result of panic, which is the product of ignorance.” In World War II, a sailor whose ship was torpedoed or shelled by guns in the North Atlantic was three times more likely to die from panic and unpreparedness than from weapons targeting the vessel.

Training for the eventuality of capture serves several purposes. A mentally prepared soldier is less likely to be shocked or act irrationally at the point of capture but instead seek to deescalate to protect themself, their fellow soldiers, and critical information.

The Russo-Ukraine war is already a brutal conflict, with clear new evidence already amassing of Russian war crimes like the shelling of residential districts adding to past breaches, like the shooting down of Flight MH-17. Even though no conflict is black and white, the collected evidence of systematic Russian war crimes is accumulating. The risk that such behavior will spark acts of revenge is always present in a war where the boundaries of international humanitarian law are repeatedly ignored. Brutality leads to a vicious cycle, escalating human suffering, and the Russian threats against future captives undermine the respect for international humanitarian law.

These threats are unnecessary, short-sighted, and work against the Russians themselves, as upholding the laws of war is in the interest of every combattant, no matter which side they are on.

Jan Kallberg, Ph.D., LL.M., has been focused on cyber for several years. He is a faculty member at New York University and George Washington University. Dr. Kallberg’s work has appeared in Joint Forces Quarterly, Strategic Studies Quarterly, IEEE Security & Privacy, and IEEE Access. Follow him at cyberdefense.com and @Cyberdefensecom.