A Time for NATO Fortitude to Deter Russian Threats

The alliance must not blink or compromise its values in the face of Kremlin menace toward its friends. 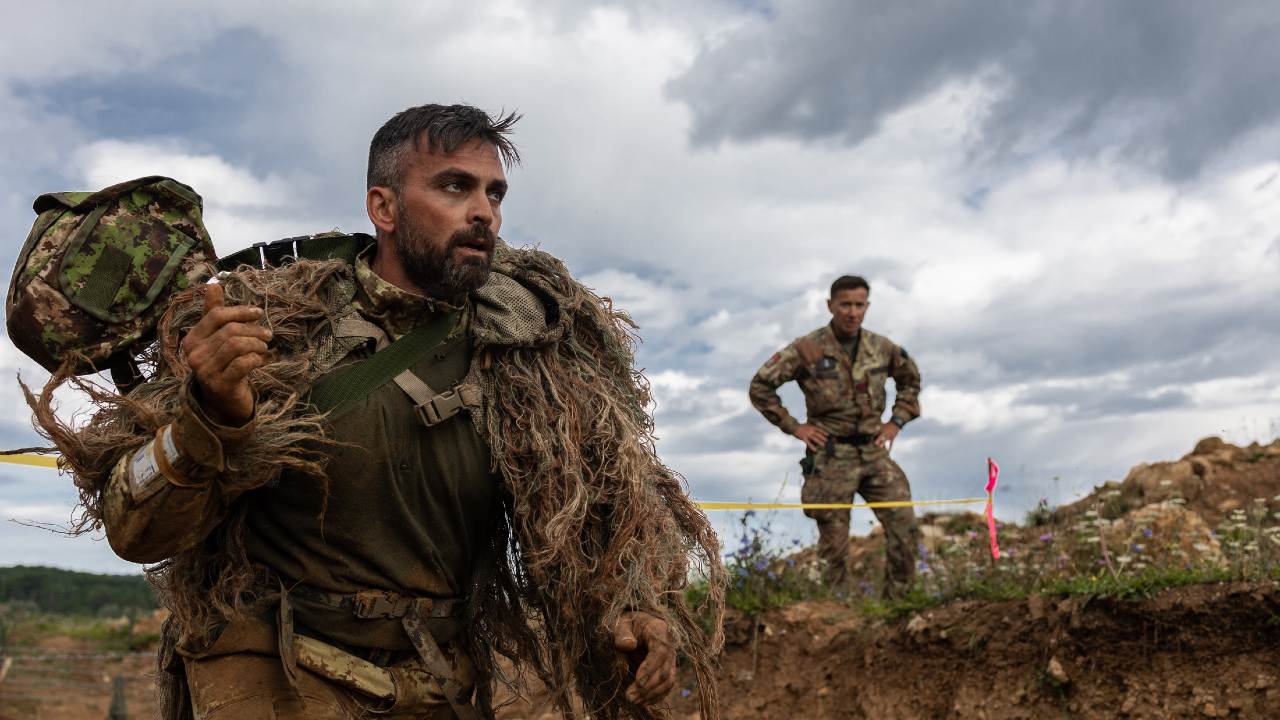 When US President Joe Biden speaks with Russian President Vladimir Putin in the coming days, he must continue to convey a strong, clear message on behalf of all of NATO: that neither the transatlantic alliance nor Ukraine presents any threat to Russia, but that military action will trigger severe consequences. And he must mean it, whatever the temptation to put European issues on the backburner.

After assembling massive military forces in and around Ukraine, while simultaneously threatening Europe’s gas supplies, Putin will have watched this week’s NATO foreign minister meeting carefully for signs of weakness or division. To its credit, the Alliance maintained a coherent and firm line, making clear there would be grave consequences if Russia invades further into Ukraine, and affirming Ukraine’s and Georgia’s eventual (but not immediate) membership in the alliance.

Articulating this position in his remarks to the press after the Riga meeting, NATO Secretary-General Jens Stoltenberg drew a distinction between unspecified measures to respond to possible new Russian aggression against Ukraine, while stating that NATO would absolutely come to the defense of any NATO member subject to attack. This is a carefully crafted distinction intended to convey that the alliance does not seek military conflict with Russia, but will defend itself if necessary. It is also designed to allow Putin an opportunity to stand down his military forces without losing face.

His other message, that NATO not Russia decides its future membership, was also critical to reiterate after Putin’s December 1 demand that there be no further eastward expansion: “Russia has no veto. Russia has no say. And Russia has no right to establish a sphere of influence, trying to control their neighbors,” he said.

Ignoring and questioning Ukraine’s right to exist, Putin has established multiple and shifting “red lines” concerning the country, most recently that allies must not deploy missiles there, which would be capable of hitting Moscow in just a few minutes. As NATO has no intention of making such a deployment anyway, Putin could indeed use the lack of such a deployment as a justification for returning his forces to normal locations. Let us hope.

Danger still remains, however, as Putin may read NATO’s message quite differently. He may conclude that NATO allies lack the will to support Ukraine in defending itself against possible Russian aggression. If so, he will likely keep the military option on the table to deter NATO, while continuing to squeeze European gas supplies and reduce gas transits across Ukraine.

Russian gas sales to Europe have already fallen below the levels needed to restock gas storage for the winter, and transit across Ukraine has already fallen from over 70 billion cubic meters (bcm) to 40 bcm. Any drop below 30 bcm would jeopardize the viability of the pipeline across Ukraine, making Europe dependent on Russian gas provided through other means, including the yet-to-be certified Nord Stream 2 pipeline. It may in fact be Putin’s main purpose to force European regulators to ignore their own rules on the pipeline’s ownership, with military escalation driving home to west Europeans the weakness of their energy position just as winter sets in.

The terseness of Russian Foreign Minister Sergey Lavrov’s meeting with US Secretary of State Antony Blinken in Stockholm on December 2, unfortunately, indicates that Putin may indeed have come away with this different reading of NATO’s message. Blinken no doubt reiterated the US position that it stands by Ukraine, including its long-term NATO aspirations, and would impose harsh sanctions on Russia if it invades again. Lavrov will have left, correctly seeing no point in continuing the discussion.

It is essential that European NATO allies also remain united and stand by the clear, firm, and steady line articulated in Riga. In the face of weakness or division, Russia would act even more aggressively; Russia only responds to strength. At the same time over-promising a NATO military response in Ukraine could well prompt the Russian aggression NATO seeks to avoid.

The next step is for the United States and European allies to stipulate the harsh sanctions they would impose if Russia were to launch military action, as well as to make alternative arrangements for gas supplies to Europe (including Ukraine, by way of Slovakia) to withstand possible Russian reductions in supply. Getting through the next three to four months is critical.

Ukraine must stay steady as well. Russia is doing everything it can to sow division among Ukrainians — including apparently sowing rumors of a possible coup attempt against President Volodymyr Zelenskyy. In the face of the greatest threat to Ukraine’s people, territory, and well-being since Russia last invaded in 2014, Ukrainians must stick together, continue to resolve internal differences through democratic means, and stay focused on the external threat.

Ukraine’s military forces are better trained and equipped than in 2014, and so could inflict greater damage on Russian forces this time, should Putin choose to invade. But Ukraine and its people would still be the losers in such a conflict. Acting with restraint, and refusing to be provoked by Russia, is also of the utmost importance.

Only with continued steadiness and strength from NATO and from Ukraine itself will the current crisis unwind without bloodshed or major economic disruptions. That will require sustained focus from all parties for the next several months.