The Great Game in the Western Balkans has featured Russia as a prime contender for at least the past 300 years. In the most recent manifestation of the competition for influence in the region, the deployment of propaganda and disinformation through media capture has been a core component of the Kremlin’s sharp-power toolbox. Winning the hearts and minds of the Balkan publics, by pitting the authoritarian cause against democracy and Euro-Atlantic integration, has been the go-to move in the Russian playbook.

Beijing’s growing global ambitions have also placed the Balkans in China’s crosshairs. China has sought to carve out a distinctive presence in the economies of EU aspirant countries, and thus gain a stepping-stone towards penetrating the wider Union. At the same, China has made inroads into the media landscape of several of these same countries by expanding the operation of Xinhua News Agency and China Radio International, concluding bilateral agreements for content-sharing with leading local outlets, sending Chinese journalistic delegations, and organizing visits of local journalists to China.

In the Balkan context, where Russia is a long-entrenched power and where China is a newcomer, notable clashes of interest have not (yet) been observable. Rather than attempting to displace the Kremlin, Beijing has tapped into Russian networks of media influence in order to extend its own media presence in the region. Hence, signs of overlap between China’s and Russia’s instruments, channels, and networks of influence in the Balkans are beginning to emerge.

Russia’s local proxies increasingly act as enablers for China’s better-resourced information tactics, promoting complementary propagandist messages that further the official Russian and Chinese viewpoints and extol cooperation between the two states, hailing them as a superior alternative to Western liberal democracy and the liberal international order. This trend is particularly visible in Bulgaria and Serbia. China Today became a recent addition to the Bulgarian online and print newspaper market. The outlet has the same publisher and editorial board as (the domestic Bulgarian edition of) Russia Today. In Serbia, the promotion of joint Russian-Chinese activities is conducted in an even more overt manner. Chinese disinformation narratives tend to be pushed by pro-government media outlets, which are also engaged in spreading Kremlin-sponsored messages. And the more general facilitation of joint Russian-Chinese activities is overseen by an official state institution: the National Council for Coordination of Cooperation with the Russian Federation and the People’s Republic of China, which was established in 2017.

Throughout the course of the coronavirus pandemic, Russian and Chinese disinformation cooperation shifted into a higher gear. Though their narratives overlapped at the international level, the synergies were particularly visible in the regional Balkan information environment. The two authoritarian states conducted aggressive disinformation campaigns, which exerted a significant negative impact on media freedom.

Russian and Chinese donations of medical aid have been instrumentalized as part of a wide publicity campaign, propped up by local pro-Russian/Chinese outlets, presenting Moscow and Beijing as true allies, which altruistically come to the rescue of countries in need – supposedly in juxtaposition to the EU’s lack of support and solidarity. The EU’s initial slow response to aid the Western Balkans, and current struggle with vaccination, have helped give some plausibility to these narratives. Russia and China widely disseminated their coronavirus-related disinformation narratives through a web of media outlets, including state-owned news sources (such as Russia Beyond and NewsFront) as well as social media and domestic outlets, which may not be formally linked to Russia and China but nevertheless maintain ties to pro-Russian/Chinese groups and interests. The key line of narration targeting Balkan audiences has focused on propagating the claim that a pro-Western strategic orientation and a democratic system cannot solve unforeseen crises and entrenched societal problems, and that it is only an authoritarian form of governance that can bring stability and prosperity.

The fact that the Balkans have not one, but two authoritarian powers successfully pushing disinformation into the public discourse, presents a serious security risk for the European Union. That this is happening in the midst of an unprecedented pandemic only makes things worse. The extent to which such a vulnerability will be deepened or effectively addressed will ultimately depend on the ability to forge a whole-of-Europe approach to dealing with Moscow and Beijing, which takes into account individual countries’ susceptibilities to authoritarian political, economic, and media influence.

Instead of coherence, however, a balance is currently being sought between pursuing economic interests and standing up for political values. This tension was evident as the EU rushed to sign an investment deal with China while trying to forge a principled transatlantic response to Beijing’s global ambitions. Similarly, the EU’s stance in support of Alexey Navalny stands in stark contrast to the continuation of energy projects such as Nord Stream 2 and Turk Stream.

A coherent approach will need to address what is happening in the Western Balkans. Preventing the region from remaining a strategic vulnerability for the West will require giving non-member states a clear EU membership perspective, a renewed commitment to the economic development and integration of the region, and a strategic communications plan that underscores the values of liberal democracy. Business as usual simply can’t go on. Authoritarian consolidation all along Europe’s flank is all too easy to imagine.

This article is based on findings from CSD’s upcoming National Endowment for Democracy-supported study related to foreign authoritarian media influence in Europe. 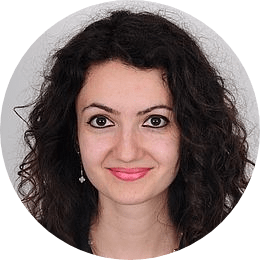 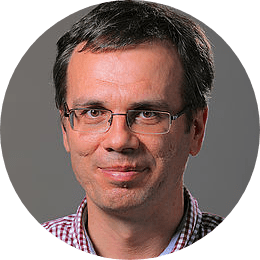