The Minsk Protocol is under attack. But the problem is not the deal, it’s one of the signatories.

International efforts to bring a return to peace in the eastern part of Ukraine are based on agreements negotiated in Minsk, in September 2014 and February 2015. These agreements have long been described as flawed by critics. Commentators argue that implementation disadvantages Ukraine, and that the terms favor Russia because they were negotiated under duress, i.e., when there was heavy fighting and loss of life on the battlefields of the Donbas.

There are certainly problems with Minsk. But they are not the problems that well-intentioned detractors claim.

The first problem is relying on the Russian narrative on Minsk as if that is a reliable read of the actual text of the agreements. It is worth remembering that Russia is the aggressor, a party to the war, and anything said by senior Russian figures expresses not the facts of what Minsk says, it is invariably a distortion of what Minsk says.

Thus, while it is perfectly true that former Putin aide Vladislav Surkov said, “giving the Donbas an appropriate status under the Minsk agreements means that the laws of Ukraine do not apply in the Donbas,” the statement is actually untrue. Surkov’s twisted version of what Minsk means should be taken with a shovel of salt. Likewise statements from Vladimir Putin’s sidekick, the truth-twisting Foreign Minister Sergey Lavrov.

Relying on the words of senior Russian officials is trap number one in arguing against Minsk: their interpretations are partial and cannot be relied upon.

The second lies in basic misunderstandings about what it does and does not do. Statements to the effect that it is “designed to further [the Kremlin's neo-imperialist policies] in Ukraine, not to achieve peace” are simply wrong. Suggesting that François Hollande and Angela Merkel played a part in agreeing to something that was designed to help Russia achieve the neo-imperialist aims of the Kremlin is plainly illogical

Criticisms of Minsk on the basis that it does not address the problem of occupied Crimea are equally off-target. Minsk wasn’t designed to address this. Claims that Minsk somehow exempts Russia from legal responsibility for its war in Ukraine, freeing it from possible reparations, or allows for an amnesty of people who have committed war crimes or human rights abuses, are similarly false. Minsk does not mention legal liabilities, and competent organs like the International Criminal Court (ICC) in the Hague are already examining such issues. Amnesties do not extend to war criminals.

Possibly one of the biggest misunderstandings about Minsk (certainly in Ukraine itself) is that the much-discussed Special Status for these Russian-dominated regions equates to autonomy. It does not. And, again, that is what Russia would like us to think it means.

There are indeed serious problems with the Minsk Protocol. The biggest is that Russia simply fails to heed it. On a daily basis Russia and the forces it directs flout the first three (and most basic) provisions of the deal:

· The withdrawal of heavy weapons; and

· Providing full access to the Organization for Security and Cooperation in Europe (OSCE) and its Special Monitoring Mission (SMM) to Ukraine.

On the last point, Russia this month vetoed an extension of the OSCE SMM mandate to monitor two small border crossing posts on the internationally recognized border. Quite what difference this might make is moot but it is worth recalling that while the observations posts have a line of sight of 10km (6 miles) or so, some 400km (250 miles) of the border has been completely open since the summer of 2014.

It is true that Minsk is not a mechanism to hold Russia responsible for the war. But it could never be that because Putin had to sign it. The biggest flaw in Minsk (along with the notion that Russia would respect it) is that it could not contain any mechanisms for failure to uphold the provisions.

The only mechanism to force Russia to accept the protocol is already available to the civilized world. It is time to impose a price on the Kremlin for its open disregard of an international agreement, and that means the imposition of painful new sanctions. 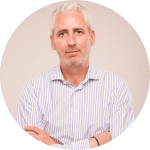