The independence of America’s public broadcaster has been badly battered recently, especially so in the weeks after the 2020 election. The Biden team needs to act quickly to rebuild an institution vital to the fight against autocratic regimes.

As Trump’s time in office draws to a close, political appointees are swiftly moving to secure lasting control over a taxpayer-funded institution that has been a constant irritant for authoritarian regimes all across Eurasia for the last 70 years. As a result, the integrity of Radio Free Europe/Radio Liberty (RFE/RL) is at risk of sustaining lasting and perhaps irreparable damage. Repressive autocracies are on standby to celebrate.

The U.S. Agency for Global Media (USAGM) is critical to global press freedom. It manages U.S. government-funded broadcasters including Voice of America and RFE/RL. Most of the journalists working in these newsrooms are non-American, and in the case of RFE/RL, are covering the countries they were born in. Apart from reaching more than 40 million people, these institutions serve as safe havens for hundreds of my colleagues in the places where journalism is criminalized or restrained.

I, myself, found a refuge at the Ukrainian office of RFE/RL back in the early 2000s as a young reporter fleeing severe censorship, harassment, and anti-queer discrimination at local newsrooms. Being exposed to a work ethic based on a transparent set of editorial values, knowing that your newsroom always has your back in the face of any violence, harassment, or persecution, and not having a fear of getting fired for political reasons, was a liberating and transformative experience for me. Frankly, I wouldn't be alive today if not for the refuge RFE/RL once provided me.

RFE/RL has through the years helped bring to light stories that tyrants have always wanted to cover up. From making sure truth got through the Iron Curtain to my parents during the Soviet occupation 40 years ago to cover the Belarusian uprising, corruption in Putin's Russia, and the machinations of Eurasian kleptocrats today, RFE/RL has been a beacon for hope in trying times. In 2020, amid record threats against journalists, five of my RFE/RL colleagues have died in the line of work this year alone, and many more have been arrested. In Belarus, RFE/RL reporters have collectively spent more than 250 days behind bars just for doing their job.

That's why it is heartbreaking to witness the ongoing efforts to remake RFE/RL and its fellow U.S. international broadcast networks in the image of Russian or Chinese propaganda machines. Since taking over as CEO of their oversight agency USAGM last year, Michael Pack has managed to inflict severe reputational damage to RFE/RL, Radio Free Asia, and Voice of America in record time. He has sent my colleagues back to torturers in their home countries, denied support for employees facing persecution, fired independent journalists, and stacked the agencies’ editorial boards with partisan loyalists.

In the last few weeks, when it became clear that Trump was defeated, Pack upped the tempo on his agenda. He rushed to appoint new loyalists to top management positions (including on oversight boards), cement their contracts for the next two years, and torpedo provisions protecting the broadcasters’ financial autonomy. These last-minute initiatives will ensure that this administration’s agenda will remain entrenched at the highest levels well into the Biden term, even after Pack is removed. “This is precisely the kind of political power maneuver that RFE/RL regularly witnesses in places like Russia, Hungary, Belarus, and Tajikistan,” RFE/RL journalists wrote in an unprecedented open letter. “We never thought we'd see it from our own oversight agency.”

President-elect Biden has already indicated a change of USAGM leadership after the transition is over. But RFE/RL can't wait until inauguration day. Pack's push for lasting control puts the reputations and lives of hundreds of my colleagues at risk, and dovetails — with disturbing synchronicity — with a renewed push by Eurasian autocrats against RFE/RL. In Russia, President Putin is signing a law to brand RFE/RL journalists as individual “foreign agents,” making it easier to jail them for doing their job. In Belarus, dictator Lukashenka kept subjecting RFE/RL journalists to arbitrary imprisonment and stripped them of their state accreditation. There are more attacks like these elsewhere.

This crisis couldn’t come at a worse moment, with both the devastating rampage of the coronavirus and President Trump’s breathtaking efforts to have the American elections annulled sucking up all attention. Exhausted and overwhelmed, Americans can be forgiven for hoping all can be repaired post-inauguration. But make no mistake, time is of the essence. America’s taxpayer-funded broadcasters are sustaining serious damage. Overlooking the existential peril facing these brave journalists until it's too late will only make the foreign policy mandate of the incoming U.S. leadership much, much harder — and the repressions of foreign autocrats much, much easier.

Photo: Interior of Radio Free Europe/Radio Liberty and the building of the former Federal Assembly - the main hall of the former House of Commons, Prague, Czech Republic. Credit: Wikimedia Commons 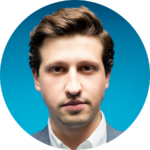