The Polish Constitutional Court’s announcement that European Union (EU) law is no longer above national law sent shock waves throughout Europe. While many Poles took to the streets in a show of force against the prospect of “Polexit,” Poland’s government’s ambitions are greater still. It seeks to change the EU from within.

Poland’s sovereigntist Law and Justice (PiS) government has been locked in a struggle with the European Union for years over its “reforms” to exert political control over the judiciary, which the EU rightly sees as an effort to undermine court independence. If a government can appoint the judges it wants, it can pass laws restricting the media and opposition parties and effectively create authoritarian rule at home.

Yet securing its own drive towards a Polish “fourth republic,” which will enable the country to free itself from its communist and post-communist past, was not the sole motivation for this decision. Law and Justice politicians know that Poland’s population will never accept “Polexit”; some 80% of Poles support EU membership. Any party taking Poland out of the EU would be punished by voters for a generation.

Instead, Prime Minister Mateusz Morawiecki, who brought the case against EU intervention in Poland’s legal reforms, wishes to change the very nature of the EU. In a speech to the European Parliament in July 2018, as part of a debate on the Future of Europe, Morawiecki proposed that the EU be transformed into a “United Nations 2.0,” echoing a proposal for a looser union by Charles de Gaulle.

Morawecki bluntly stated in 2018 his support for “constitutional pluralism” and recommended that the EU take a far narrower approach focused on economy and security. The bloc should restrict itself to building the single market into a powerful force to win the “fourth industrial revolution,” while fighting the excessive power of global corporations and protecting domestic citizens. He also called for the EU to take on a stronger and more unified approach to European security.

At the time, Morawiecki faced withering criticism from European parliamentarians who recognized this vision as contradictory to EU achievements and practices. Now, Poland has fired its first salvo aimed not at winning an exception for Poland, but rather at reimagining the EU to conform with the PiS dream.

Morawiecki’s vision makes little sense to anyone who knows the inner workings of the EU. The primacy of the union’s law and the coherence of the single market are deeply intertwined. If courts can rule independently on issues of commercial law, and the European Court of Justice cannot act as an arbiter, there is no single market. National courts could impose all sorts of restrictions on free trade and free movement that would render the single market moot. For anyone invested in the EU project, Morawiecki’s vision is not just unworkable, it is hostile.

That explains the strong reaction of EU Commission President Ursula von der Leyen to Poland’s constitutional court’s assertion of its primacy. She stated unequivocally, “We will uphold the founding principles of our Union’s legal order. Our 450 million Europeans rely on this . . . We will use all the powers that we have under the treaties to ensure this.”

Poland now faces the prospect of the EU bringing down its full force on its sovereigntist project, imposing budget cuts, sanctions, and even downgrading Poland’s status in EU institutions. Perhaps Morawiecki and his PiS believe that these actions will undermine EU support within Poland by showing the EU to be too dictatorial, helping his party to win parliamentary elections in 2023. They could also backfire, by persuading Poles that his extremism is too costly to sustain.

Mitchell A. Orenstein is Professor and Chair of Russian and East European Studies at the University of Pennsylvania and a Senior Fellow of the Foreign Policy Research Institute. His most recent book is Taking Stock of Shock: Social Consequences of the 1989 Revolutions. 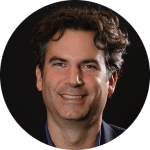