Montenegro has the potential to increase awareness about the disadvantages of the Chinese model of cooperation.

The EU Commission last month rejected a Montenegrin proposal to help repay a $1bn loan from China to finance the construction of the Bar-Boljare highway. A European Commission spokeswoman declared that the: “EU does not repay loans from third parties” and the government in Podgorica was free to make its investment choices.

The story started in 2014 when China’s Exim Bank gave a green light for a €687m loan to the Montenegro government for the construction of the 41 km stretch of Bar-Boljare highway with 2% interest and repayment to be finalized in 20 years. The Chinese bank committed to providing 85% of the financing, whereas the remaining 15% (€120m) was supposed to be provided by local authorities. The contract to finish the projects was awarded to China Communication Construction Company (CCCC) a subsidiary of China Road and Bridge Corporation (CRBC) and the official works began in November 2015 .

From the very beginning, it was clear that the project would be very demanding given Montenegro’s mountainous terrain. The road required 20 bridges and 16 tunnels. Unexpected additional costs and price fluctuations have significantly increased the financial burden of the project which is now close to $1bn. This is a serious challenge for a country with a GDP of slightly over $5.5bn and which was heavily hit by recession in 2020. The economic downturn driven by the pandemic has elevated the public debt to 105% of Montenegrin GDP in 2020, according to the World Bank.

The costly highway has many critics among the opposition and among civil society, which pointed to the risks of overdependence on China, resource misallocation and unsustainability. The Chinese project has followed a familiar pattern, where the contract for an infrastructure project is granted to a Chinese company with very little information available to the public regarding conditions and cost-effectiveness. The contracts are negotiated on a bilateral, intergovernmental basis which exacerbates the risks of fraud and corruption.

China’s presence in the Balkans is however not only limited to Montenegro. In the 2010-2020 decade, China redoubled its efforts to elevate its profile in a region suffering from profound capital and infrastructure underinvestment. Weak state structures, high levels of corruption, and ambiguous relations with the West created a fertile ground for Chinese companies with strong diplomatic support.

Investments underway include the construction of an EU-funded bridge in Pelješac in Croatia (€340m), Pojate-Preljna and Novi Sad-Ruma highway (Serbia, $850m), Preljina-Pozega highway (Serbia, €500m), Kicevo-Ohrid highway (North Macedonia, €375m), and Banja Luka-Prijedor highway (Bosnia and Herzegovina, €297m). Chinese companies are also responsible for the completion of the Serbian stretch of the Belgrade–Budapest high-speed railway (€943m), the Belgrade Metro (€3bn) and the Kostolac B3 power plant ($293m). Moreover, in 2019, the construction of the industrial park in Borca began (€330m), which is expected to become the largest project of that kind in Central and Eastern Europe.

For China, politically motivated infrastructure projects in the Balkans provide lucrative contracts to its state-owned enterprises and build political and economic connections. In many cases, the scarcity of cost-effectiveness assessments puts recipient countries in a vulnerable position, as the example of Montenegro proves.

Yet the problems encountered by the authorities in Podgorica have the potential to increase awareness about the disadvantages of the Chinese model of cooperation. It is therefore crucial for the EU to provide sufficient financing for infrastructure providing greater benefits to local companies and communities and which can offer better environmental and transparency benefits.

The EU is already providing grants and preferential loans from European Investment Bank (EIB), as is the European Bank for Reconstruction and Development (EBRD). And for Montenegro, there is some light at the end of the tunnels, as the European Commission has offered funds for other infrastructure projects through its €9bn Economic and Investment Plan for the Western Balkans, adopted last year.

Paweł Paszak is a PhD Candidate at University of Warsaw/War Studies University and a researcher in projects for Poland’s Ministry of National Defense. 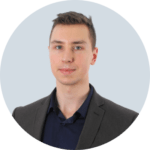