German Chancellor Angela Merkel and Russian President Vladimir Putin pose for a picture as he arrives to attend the Libya summit in Berlin, Germany, January 19, 2020. REUTERS/Axel Schmidt TPX IMAGES OF THE DAY
July 6, 2021

German Ostpolitik’s fixation on Russian relations comes at a price.

Rumors reach Germany from elsewhere in the West: In the foreign- and security-policy circles of Germany’s allies, it is being said that hawks should root for the Greens to win September’s Bundestag elections.

Can that be true? The Greens are an offspring of the peace movement. They opposed NATO itself and its Double-Track Decision in 1979, favor disarmament, and have a fundamental aversion to using military force. And it is precisely because of this background that they have impressed with their more recent, critical perspective towards the policies of Vladimir Putin. The Greens are, next to the German Liberals (the FDP), the only party in Germany’s parliament — the Bundestag — that has demanded a halt to the construction of the Nord Stream 2 gas pipeline. One of their leaders, Robert Habeck, even asked for the supply of “defensive weapons” for the Ukrainian armed forces. Would the Greens, if they win the election in September, resolutely oppose the Kremlin (or at least more resolutely than the Merkel government?)

The party has not yet won the election, and I wouldn’t bet much on Germany being governed by a Chancellor Annalena Baerbock starting in the fall. The Greens' popularity already appears to have peaked. Baerbock has made mistakes indicating her lack of experience. She is running not for mayor of a small town, but for the most powerful political office in Germany. And Germans do not like political experiments — they have too much to lose. Merkel made some poor decisions, especially during the refugee influx in 2015. But she also successfully protected German prosperity during her 16 years in government. The majority of voters will not gamble with this.

Even if the Greens succeeded in winning the chancellor’s office, it would be unlikely to usher in a completely new approach to Russia. Habeck was heavily criticized in his own party for proposing to deliver weapons to Ukraine. It is also a fact of German politics that the Greens would need one or even more coalition partners to govern. The Social Democrats (SPD), and even more so the hardline Left (Die Linke), which emerged from East Germany’s (the GDR’s) Communist party, would push for a Russia-friendly approach.

While this would not be the policy of the Christian Democrats (CDU and CSU), they would hardly allow or demand a much tougher line than Chancellor Merkel. The CDU chairman Armin Laschet, whose chances of becoming the next chancellor appear quite good, even enjoys a reputation of being “someone who understands Russia” among members of his own party, because he has been merely moderately critical of Russia in the past. As chancellor, he would have to counter the Kremlin much more decisively. Yet there will be little popular pressure to do so unless Putin moves further West.

Germans consider the Russian people the inheritors and guardians of a fascinating culture, and sympathize with “ordinary Russians.” While it is now three-quarters of a century since the end of World War II, this attitude is still shaped by a feeling of guilt and a sense of special responsibility to ensure Germany’s good relations “with the Russians.” On the 80th anniversary of Adolf Hitler’s attack on the Soviet Union on 22 June 1941, President Frank-Walter Steinmeier recalled in great detail that Hitler’s Germany had unleashed a war of annihilation that cost the lives of 27 million Soviet citizens. On another occasion, Steinmeier said this history did not justify Russia’s political misconduct, but that Germany should not “lose sight of the bigger picture” along the way.

Many ordinary Germans agree — especially in eastern Germany. When the GDR still existed, East Germans had some less than positive experiences with the Soviet troops stationed there. Soviet tanks were involved in the bloody suppression of the workers’ uprising of June 17, 1953. Yet as citizens look back on life in the GDR, a sepia-tinged nostalgia has now taken hold, including the relationship with the Russian big brother. Many economic contacts with Russia also date from that time, although they have suffered from sanctions against the Kremlin. The loudest calls for lifting or at least reducing sanctions come from the so-called new federal states (formerly GDR). Nord Stream 2 also has few critics there.

Even in western Germany, it is often pointed out that the Soviet Union was a reliable gas supplier during the Cold War. According to President Steinmeier, energy relations are one of the last bridges that connect Russia and Europe, and both sides should be concerned about burning it. For the Social Democrats in particular, but also others, Chancellor Willy Brandt’s policy of détente in the early 1970s is one of the great historical achievements of German foreign policy which should not be “betrayed.” The fact that former chancellor and SPD chairman Gerhard Schröder is now shamelessly working for Putin’s Gazprom cronies is not an issue, and is tacitly accepted by the current SPD leadership.

German Ostpolitik’s fixation on Russian relations comes at a price, however: Too often the concerns and security interests of the countries between Germany and Russia are ignored. This is unsettling for Germany’s allies and partners, and reduces stability in a region whose “departure” still stokes the Kremlin’s contrived sense of agony. Immediately after taking office, Germany’s new government must therefore send clear signals to the east, to partners as well as to Putin: Germany is interested in better political and economic relations with Russia, but only if Russia’s aggression stops. The West should not tolerate Russia’s current approach, which Putin interprets as weakness and which simply encourages him to continue his ugly litany of invasion, interference, assassination, sabotage, and anti-democratic conspiracy.

In Berlin, it is often said that Germany has learned from its history. But are German politics drawing the right conclusions from every aspect of the past? Germany’s new leadership should not only think of the year 1941 when it ponders the relations to Moscow, but of another city also beginning with an M, and of the year 1938. 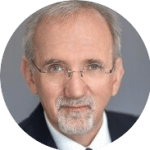