The U.S. issues a range of new sanctions against Russia, with the threat of more to come. 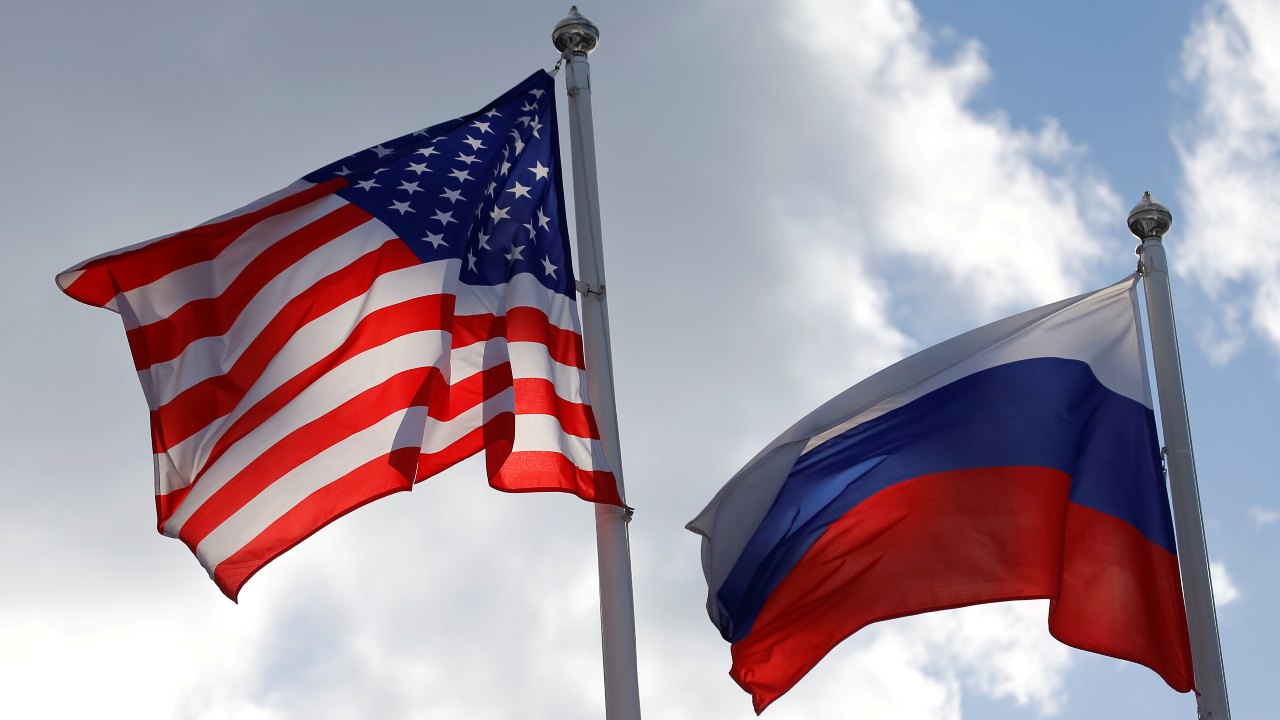 “Treasury will target Russian leaders, officials, intelligence services, and their proxies that attempt to interfere in the U.S. electoral process or subvert U.S. democracy,” said Treasury Secretary Janet L. Yellen. “This is the start of a new U.S. campaign against Russian malign behavior.”

The publicly stated measures fall into the broad categories of counter-espionage and financial measures:

The financial sanctions aim to make it harder for Russia to raise capital on the international financial markets. They are not yet designed to throttle the Kremlin’s access, but there is a pledge to broaden the sovereign debt measures if Russia continues to target the U.S.

Behind the scenes, other action may already have begun. U.S. officials have made plain that offensive cyber operations will be launched to punish Russia for the SolarWinds hack, whose extent has still not been fully detailed. The U.S. will conduct: “A mix of actions seen and unseen,” White House press secretary Jen Psaki said last month.

In total, some 32 Russian organizations and individuals were sanctioned for Russian interference in the 2020 U.S. elections.

“The Biden Administration is trying to walk a fine line: respond to Russia’s aggressive behavior, but without going too far, and simultaneously offering to engage in dialogue to avoid further escalation.

It remains to be seen whether or not this logic works with the Kremlin. Moscow may see the sanctions on primary sovereign debt issuance as a feint, since U.S. banks can still buy on the secondary market. And Russia may deliberately escalate: retaliate in kind for today’s sanctions (including by expelling diplomats), up the ante with more attacks in Ukraine, and complain about U.S. escalation as getting in the way of a Biden-proposed U.S.-Russia summit. Ultimately, Russia’s aggressive behavior is long-standing, and a deliberate choice by President Putin. It will take a long-term, concerted U.S. and European policy of firm pushback on all fronts.

Otherwise, Russia will simply continue on its current path.”

“These steps put additional layers of pressure on Putin. The message to Russians is that Putin is taking your country down a narrowing, darkening path”

“East-West relations are like a game of tennis in which one side always serves. The Kremlin takes the initiative — a cyber-attack, a military stunt, an assassination — and the players on the Western side of the net scramble to return the ball. Sometimes we hit into the net. Sometimes out. Sometimes we miss it altogether. It’s no surprise that the Putin regime has consolidated its grip on power so easily over the past 20 years, or that it has succeeded so well in playing divide-and-rule in Europe. For a country with an economy the size of Italy, it’s an impressive record.

But now the U.S. has seized the ball and slammed a serve down the centerline. It’s a reminder: Russia needs the West as a place to invest (i.e. launder money), to relax, to educate its children. The West does not need Russia. Western leaders and their families can survive missing the chance to see Lake Baikal, open a savings account in Sberbank, or educate their children at MGIMO. For the Russian elite, the thought that they and their families are cut off from the fleshpots of France, the Ivy League, and the London capital markets is rather more serious.

If Russia tries to respond in kind, it just underlines its weakness. The real question is what other countries do? The spotlight is on France and Germany in particular — will they back up the Administration in its clear-eyed, pragmatic but steely stance. Or will they try to cut their own deals, for commercial or other advantage?

That way lies danger. This administration cares a lot about European security. But it cannot care about it more than the Europeans do.

Advantage Biden — but there are many sets left to play.”

“The market was anticipating much tougher sanctions against Russian sovereign debt than those that were actually announced today by Joe Biden’s administration. For example, a total ban on any transactions with OFZ securities [federal bonds issued by the Russian government] would probably cause panic among the investors and badly damage the ruble. Instead, the softest possible option was chosen: American organizations won’t be able to buy new issues of Russian sovereign debt in the primary market. This will barely impact the state of the Russian budget as the new OFZ issues are largely bought out by Russian state banks (although the interest rates will increase, and it will probably cost the Russian finance ministry a few hundred million dollars a year). Furthermore, U.S. investors will still be able to participate in the secondary market and buy Russian debt without any restrictions. Once again the constant threat of new sanctions and general geopolitical instability turned out to be much more damaging than the actual measures taken by the U.S. government.”

“The failure to include Nord Stream 2 in the new sanctions package sends a clear message that the new U.S. presidential administration is more interested in limiting American exposure to Russian money than ensuring the Kremlin loses to finance for its colonial wars and invasions.

This, sadly, follows a seven-year tradition of half-baked solutions by the transatlantic community in dealing with Putin. The Kremlin elites don’t make a living from selling government bonds to foreign buyers. They finance their lavish estates and foreign wars from selling oil to the U.S., gas to the E.U., and nickel to Elon Musk. That’s where the U.S. government should have looked to make new sanctions really painful for Putin and his cronies.

“This is an administration that views Russia policy as deeply intertwined and embedded with Europe policy…but there’s also an understanding that generating consensus and coherence is easier said than done.”

“This is an administration that doesn’t view diplomacy as a reward for good behavior, but as an opportunity to deliver hard messages.”

“If the question is whether Biden’s sanctions against Russia’s spies and their enablers among tech companies could slow down or stop Russia’s cyber offensive operations, the answer is probably not.

The U.S. Treasury identified the SVR as the agency behind the SolarWinds cyber-attack, and as a way to punish the agency, two Russian tech companies were sanctioned. There is hardly a better definition of a small fish than two small companies with about 100 staff, one in Moscow and the other in Rostov-on-Don, with a few contracts with the SVR.

Since 2016, the U.S. intelligence community has routinely named and shamed Russian agents  — complete with agent names, departments, affiliations, and more. Thus far, however, this has targeted two Russian intelligence agencies, but not the SVR. This is why the new U.S. sanctions were awaited with understandable tension by the Kremlin. But contrary to expectations, nobody at the SVR was named. Which raises a question: either intelligence on the SVR cyber operation is not that good, or there are doubts that naming and shaming is effective. Pretty clearly, it is hardly a major blow to the SVR.”

“Russian media was quick to put its own spin on the sanctions narrative, with pro-government media entities publishing 280 pieces by 11:00 EST on April 15. The main audience was domestic, with 68% of those pieces in Russian, though even in the United States, the Russian government only lagged NBC in terms of coverage. Statements by the State Duma Chairman, the Foreign Ministry spokeswoman, and the Central Bank portrayed Russia as unjustly under assault from an American government seeking to divert attention from its own issues. Russia’s longstanding policy of creating plausible deniability for its cyber operations helps to ensure this will ring true for a large share of the audience. With almost immediate reaction from the Russian Central Bank and Treasury Department, Russian media will be able to promote an image of the Russian state as a capable and competent bulwark against a punitive and reckless American state.”

“Politically, we see that President Joe Biden sticks to his word — he promised to punish Russia for meddling in the U.S. elections, and he is now delivering on this promise. The new sanctions also show that the Biden administration takes Russia as a serious threat to its national security interests and is prepared to stand up to it. Indirectly, the U.S. action also signals support to countries, which may currently feel particularly vulnerable to Russian aggression — for example, Ukraine, which has seen an intimidating build-up of Russian military forces, and other vulnerable neighbors.

Economically, the sanctions will have an immediate negative impact, weakening the bonds of the Russian Federation (although only the purchase of the new bonds is restricted by the sanctions) and the Russian ruble. However, the new sanctions did not come as a big surprise for the financial markets — the possibility of widening the US sanctions has been floating for several years, and traders are likely to have been prepared. Also, the sanctions target the primary bond market only. Yet the possibility that they might be eventually extended to the secondary market — thus multiplying their effect — if Russia, for example, invades Ukraine, should not be ruled out.”