Moscow has manufactured a thick mist of disinformation about NATO in order to disguise its expansionist policies in Eastern Europe. Nonetheless, lurking behind this propaganda offensive is a genuine fear in the Kremlin that the North Atlantic alliance will thwart Kremlin ambitions and weaken the regime of Russian President Vladimir Putin. Russia’s NATO myth-making can […] 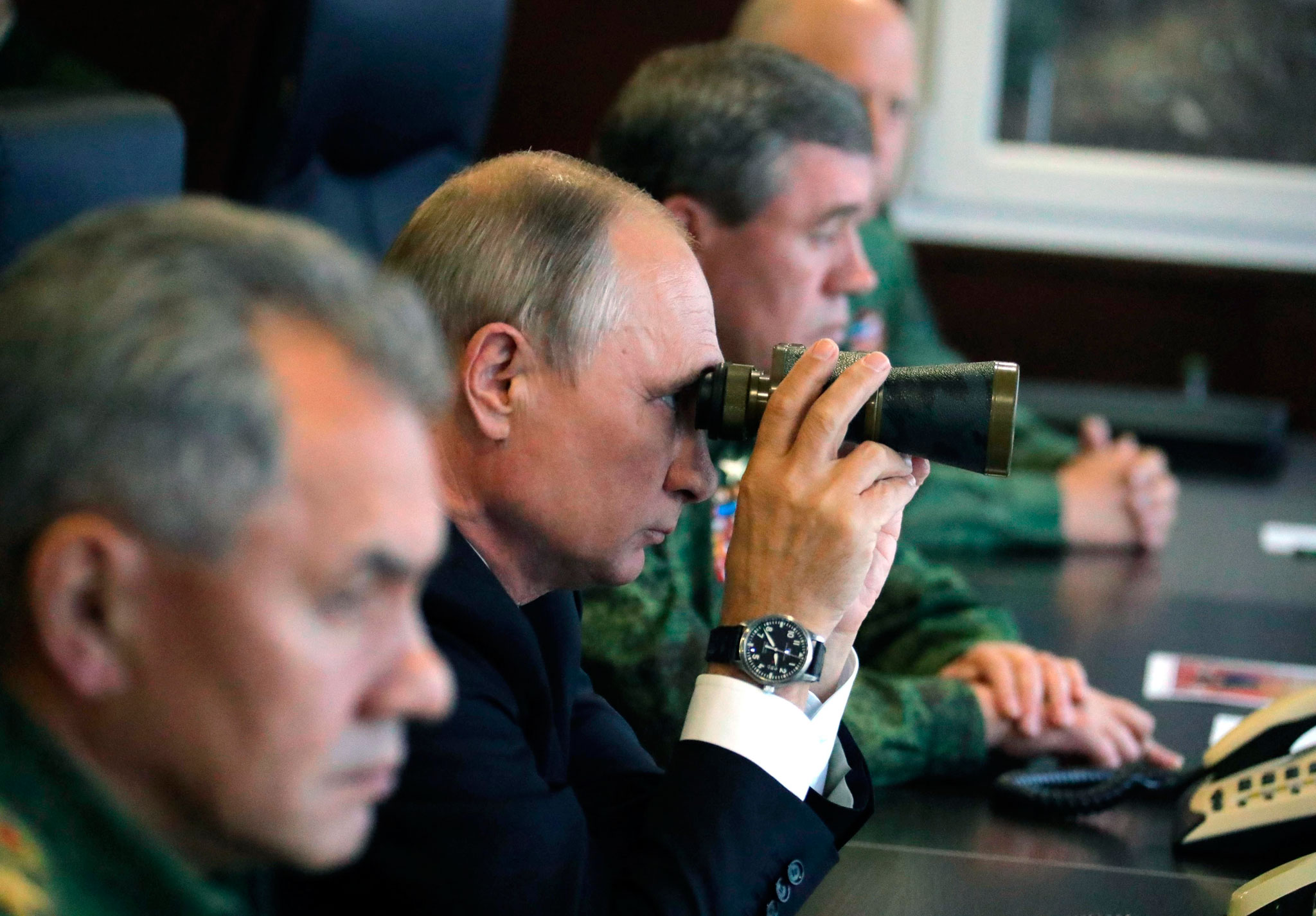 Moscow has manufactured a thick mist of disinformation about NATO in order to disguise its expansionist policies in Eastern Europe. Nonetheless, lurking behind this propaganda offensive is a genuine fear in the Kremlin that the North Atlantic alliance will thwart Kremlin ambitions and weaken the regime of Russian President Vladimir Putin.

Russia’s NATO myth-making can be debunked by examining the evidence. According to Moscow’s deceptions, Russia tried to join Western institutions during the 1990s but was rebuffed and ostracized. In reality, the Russian Federation has failed to meet the basic standards for either EU or NATO membership—whether in the rule of law, democratic governance or military reform–and its aggressive aspirations toward neighboring states counters the core principles of both multinational organizations.

Russia’s officials also contend that NATO captured the post-communist countries and threatened Russia’s borders. In reality, NATO enlargement over the past 20 years has been a voluntary process initiated by each aspirant state. It has not created a hostile alliance along Russia’s western frontiers but improved relations among new NATO members and diminished their fear of Kremlin attacks. Moreover, no neighboring country has voiced claims to Russia’s territory or its resources. Above all, NATO, in its doctrine, exercises, military posture and force dispositions is neither a threat to Russia’s statehood nor a danger to its territorial integrity.

Despite these facts, the Kremlin has a troika of fears about NATO. These do not revolve around Russia’s national security but are based on profound anxieties about the future of the Putin administration.

In the first place, the Kremlin president has anchored his domestic legitimacy on restoring Russia’s great power status and reining in neighbors that have veered away from Moscow. Such ambitions are blocked when aspirants enter NATO and benefit from its core principle of mutual defense. And although Russian security is not challenged by any country’s accession to NATO, Moscow’s ability to control their security dimensions and foreign policy orientations is largely thwarted. In this sense, NATO is an effective deterrent against Russia’s threat.

The second fear for the Putinists is that NATO is a source of attraction for other post-Soviet states, including Russia’s allies. Unlike NATO and the EU, Moscow’s alliances are not voluntary but consist of countries trapped in a dependency relationship based on blackmail, bribery and threats. In seeking genuine national independence, several capitals have turned to Western institutions for help and protection. When they do, Moscow inverts reality by claiming that it is being surrounded by enemies and needs to pursue an aggressive posture to combat them.

In the most glaring recent example of truth inversion, Moscow—in justifying its attack on Ukraine—charged that Washington organized the overthrow of the Kyiv government in February 2014 primarily to create an excuse for reinvigorating NATO and deploying U.S. forces closer to Russia’s borders. In reality, the Ukrainian revolution was indigenous and is thereby a potential precedent for Russia itself. NATO simply responded to Russia’s attack on Ukraine and its escalating threats against the alliance’s eastern flank by increasing its defensive presence in the region.

Third, and most importantly, Moscow fears NATO as the security core of Europe’s development that challenges the credibility of Russia’s ruling dictatorship. Not surprisingly, the Kremlin’s main fear over Ukraine was the prospect that its large neighbor would be transformed into a democratic, unified and prosperous state that achieves EU accession and NATO membership. Such a model of development can become increasingly attractive for Russia’s citizens.

For Kremlin officials an independent, democratic, economically stable and internationally integrated Ukraine symbolizes everything that threatens their hold on power. A successful Ukrainian model of development would expose the Russian model as a failure and inspire dozens of impoverished federal regions to seek greater control over their own destiny by opposing the current hyper-centralized regime in Moscow.

From the outset, relations between NATO and Russia have been based on false premises. Putin’s Moscow does not see NATO as a potential partner but as its primary rival, territorial competitor and existential political threat. The Kremlin’s methodology has involved drawing the alliance into ephemeral joint initiatives in combating terrorism and curbing nuclear proliferation. In reality, this lulls NATO leaders into a false sense of confidence while Moscow prepares new assaults against its neighbors and subverts NATO states from within.

The NATO-Russia Council, established in May 2002, was aborted after August 2008 in the wake of Moscow’s attack on Georgia. After lulling the West into another false dawn, amid growing calls for restoring the council, in April 2014 NATO again suspended practical cooperation in response to Russia’s invasion of Ukraine. To prevent a third failure, NATO must develop a new realism toward Moscow, one that is not based on grand bargains, power balances or global cooperation but on upholding the principles on which NATO was founded: the defense of democracies on both sides of the Atlantic and effective opposition to any power that seeks to dominate Europe.