Why Latvia Must Engage its Russian Minority

Latvia’s Russian-speakers are an important minority which the government in Riga can ill afford to ignore; the city of Daugavpils illustrates the problem. 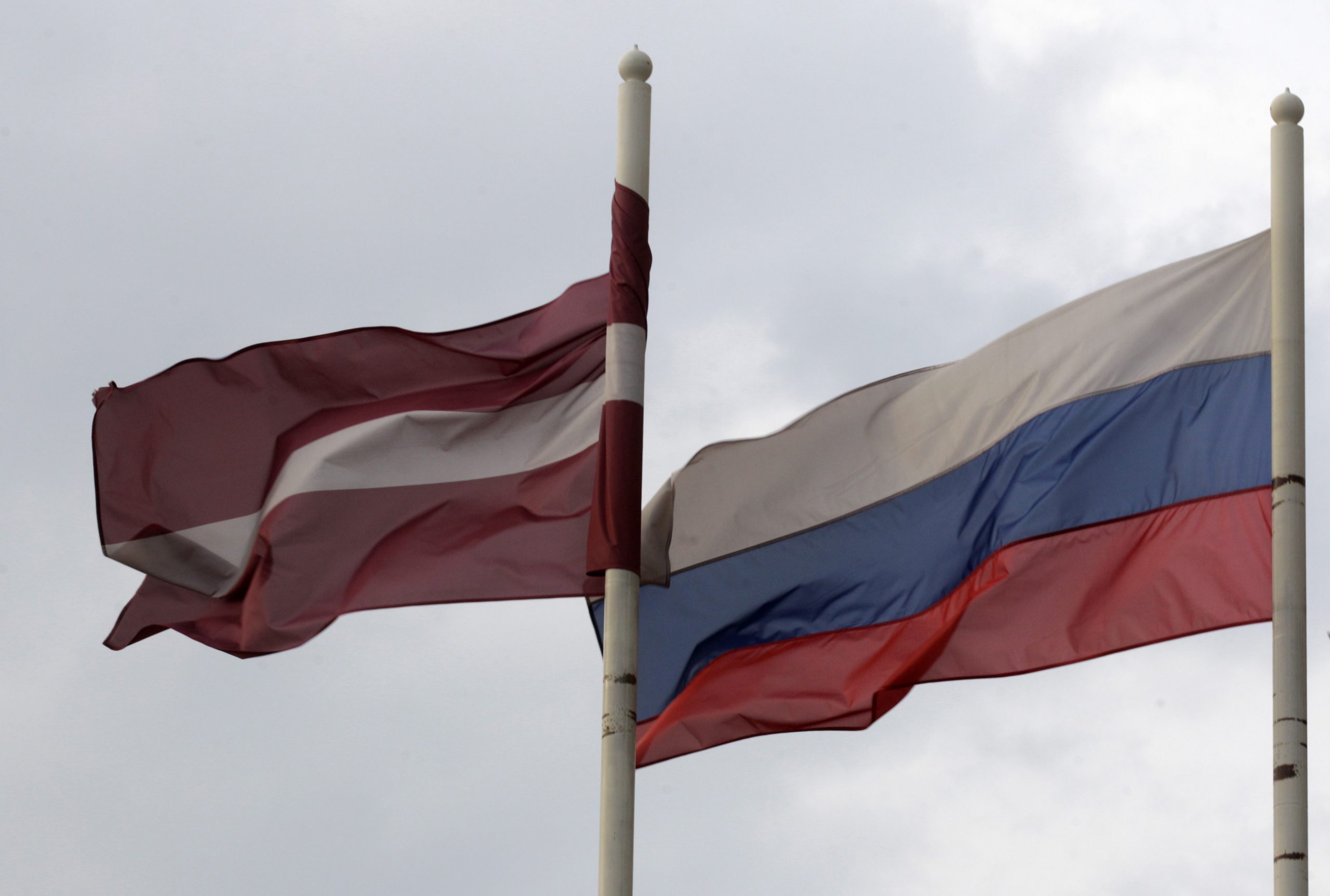 Photo: A Latvian (L) flag flutters in the wind next to a Russian flag near a hotel in Daugavpils March 21, 2014. In the former Soviet republics of Latvia and Estonia, there is unease over events in Crimea, which was formally annexed by Moscow last week on the pretext of safeguarding its Russian minorities. In the Latvian town of Daugavpils, where a Russian Tzarist-era fortress and barracks meet grey Soviet-era apartment blocks, you are more likely to be greeted in Russian than Latvian, with 51 percent of the city's residents being Russians. Credit: Picture taken March 21, 2014. To match Insight UKRAINE-CRISIS/RUSSIA REUTERS/Ints Kalnins.

After a recent talk to representatives of a Western defense college visiting Riga, one of the first questions was about Daugavpils, Latvia’s second biggest city. Why, I was asked, does the Latvian government not do more to ensure the people of Daugavpils are happy with its policies?

With ethnic Russians making up more than 48% of its population (2019 data), Daugavpils is a predominantly Russian-speaking city close to the Belarusian border, where along with ethnic Russians, many ethnic Belarusians, Poles, Ukrainians, and others speak Russian as their mother tongue. Having once hosted a large Russian imperial garrison, and been home to a large Jewish community, exterminated in the Holocaust, Daugavpils has never been quite like other Latvian towns, or even other towns in Latvia’s eastern Latgale region.

I visited with a younger colleague from western Latvia in 2019 and remember his first impression of the city: “This is like being abroad,” he said. One could contest this statement on many grounds – not only has Daugavpils been part of Latvia ever since the independence battles of 1919-20, it is also part of the historic Latgale region that chose its destiny as part of the Latvian state through a process of democratic collective reflection and discussion in 1917.

There can be no doubt that Daugavpils is an integral part of Latvia, and is seen as such by its inhabitants. Yet there is also little doubt the people of Daugavpils seem alienated from the social and political life of the capital, Riga, to the north.

The results of October’s parliamentary elections provide a good illustration. While disenchantment with most government parties was evident across Latvia, Daugavpils voters revealed a distinctly protest-oriented preference for parties that have either advocated friendly ties with Russia in the recent past or are vociferous critics of Riga’s Western-facing policies. In total, more than 65% of the vote in Daugavpils went to such parties, exceeding by far their share of the electorate elsewhere.

The most prominent among those was Stabilitātei!, a new openly Eurosceptic populist party that criticizes Latvia’s generous support for Ukraine and the government’s dedication to its Euro-Atlantic ties. Framing the Western-leaning policies of the last government as distant from the everyday needs of the people, Stabilitātei! and other Russia-leaning opposition parties have pitched their declared concern for the economic and social well-being of “ordinary people” against the international commitments of the government. Judging by the result, this rhetoric found a receptive audience in Daugavpils.

Another sign of the city’s lean towards the east is the long-time composition of its municipal council, currently led by Mayor Andrejs Elksniņš, who refused to the last to remove the monument to soldiers erected during the Soviet occupation. His stance was backed by at least some of the city’s population, as he returned to office in July 2021.

Rather than being judgemental or showing disappointment, the next Latvian government, and the Latvian political class at large, should be looking for ways to bridge the chasm which separates the people of Daugavpils from the rest of Latvia.

Some ideas for initial steps could be borrowed from neighboring Estonia, which also has a city with a predominantly Russian-speaking population in the east of the country. Narva, on the border with Russia, has often been cited as having a local population that does not see eye-to-eye with the Estonian elite in the capital, and yet the situation has been gradually improving. The government in Tallinn has expressed regular concern for the city and the well-being of its inhabitants, and in 2018 President Kersti Kaljulaid moved her office to Narva for a month. A symbolic gesture, to be sure, but one noted by many at home and abroad.

To ensure the loyalty of its Russian-speaking population, Estonia also expanded its Russian-language broadcasting after Crimea was annexed in 2014. The move presented a striking contrast with Latvia, where the existence of public media broadcasting in Russian has always been precarious.

The development of RUS.LSM, a Russian-language multimedia platform sponsored by the UK, has been conspicuously ignored by ministers in Riga. The National Alliance, a nationalist party that has held posts in consecutive coalition governments for a decade, argues all Latvian viewers should watch the news in Latvian. This message has failed to resonate with many of Latvia’s Russian speakers, who, until it was banned following the invasion of Ukraine, preferred to watch Russian state TV.