Ukraine policy looks likely to remain unchanged, despite the presence of questioning voices in the new government. 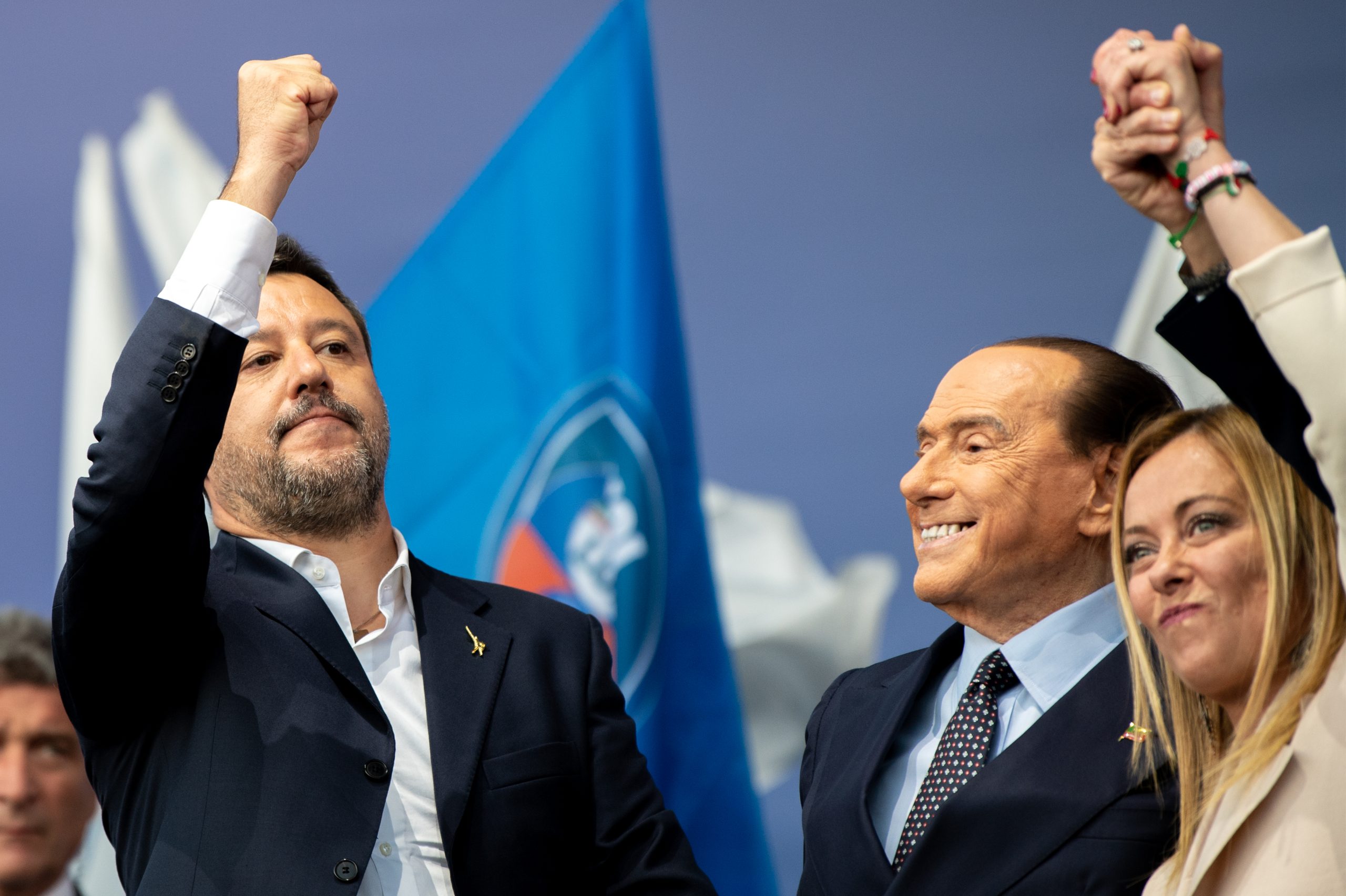 Italians have a new government. The right-wing coalition led by Giorgia Meloni’s Brothers of Italy, and including Matteo Salvini’s League and Silvio Berlusconi’s Go Italy, came first with more than 43% of the vote and will soon be asked to form the new government.

For outsiders, including the US and Italy’s European Union (EU) partners, the result creates many questions, not least whether the country will stick with former premier Mario Draghi’s policy on Ukraine, and whether the government will be stable.

After all, Salvini and Berlusconi have repeatedly questioned the effectiveness of the EU sanctions against Russia and advocated for a softer approach towards Vladimir Putin in order to reach a ceasefire. This created substantial tensions within Prime Minister Draghi’s administration, of which both parties were members .

Yet despite Salvini’s and Berlusconi’s longtime admiration for the Russian leader, continuity on Ukraine policy remains the likeliest approach to the conflict.

Giorgia Meloni describes herself as an ardent Atlanticist. Together with the vast majority of traditional parties, including the League and Go Italy, she has indicated that the new right-wing government will continue to support Ukraine, maintain sanctions against Russia, and fulfill Italy’s international commitments. One prominent member of Brothers of Italy, Senator Adolfo Urso, visited Ukraine and the US earlier in September to reassure both countries about his party’s unwavering Atlanticism. A fifth package of weapons will likely be among the priorities of the new executive as confirmed by the recent visit of former Defense Minister Lorenzo Guerini, when he promised Italy’s support for as long as necessary.

At the same time, advancing the country’s national interest has been the leitmotiv of Brothers of Italy’s foreign policy program. This means Italy may take on a more energetic and assertive approach within international organizations and multilateral forums such as the EU and NATO, where, according to the same party’s program, Italy must “return [to the role of] protagonist” and lead a “European Pillar” able to autonomously guarantee security to the continent through a common EU defense policy. While, on paper, these sound like reassuring statements, their realization is easier said than done. There are structural obstacles to this approach, such as differing threat perceptions among EU countries, reluctance to cede national sovereignty when it comes to security and defense, a fragmented EU defense market, and diverging foreign policy interests, to name but a few.

Furthermore, the new government’s foreign policy will have to overcome divisions within the governing majority and intra-party cleavages, as have repeatedly emerged in recent months. In the case of Brothers of Italy, for instance, there are figures such as Maurizio Marrone — the regional party leader in Piedmont — who have openly praised and supported Russian-organized separatists in Donbas, although their relevance in the party remains minor. Similarly, League leader Salvini, whose party received only 9% of total votes in the elections and might have less leverage in the government than expected, has repeatedly criticized the sanctions against Russia and, despite his recent reassurances, could try to challenge the new government’s line on this issue. Exogenous factors include the relationship of Italy’s governing parties with sympathetic right-wing, EU-skeptical political groups in Europe (like Hungary) and how these affect Meloni’s relationship to the EU.

Yet it seems doubtful that Meloni will want to wade into an immediate conflict with the EU, or its two biggest states, Germany and France. Domestic institutional resilience and Italy’s long-established role in international groupings provide some constraints.

The EU and NATO will remain the cornerstones of Italy’s foreign policy, given their role in ensuring the country’s socio-economic prosperity and national security. From a geographical standpoint, while the Russian aggression along Europe’s and NATO’s Eastern Flank requires Italy’s closest attention, the broader Mediterranean region remains its core strategic interest and is where it must focus the most.

Improving dialogue and cooperation with countries in this region is key to safeguard key energy interests, but also foster trade and economic integration. Diplomatically, Italy has the credentials to effectively mediate regional crises, from Libya to Algeria and Morocco. European integration is also an important area where the new cabinet can play a major role by renewing support for Ukraine’s EU accession process and facilitate the membership applications of other long-time candidates such as Albania. This would also improve Italy’s credentials in the key neighboring area of the Western Balkans.

China presents a complex dilemma. Trading ties are very close — with bilateral trade worth €45bn ($45bn) in 2020. This increased by 34% in 2021. Any rupture in this context could be catastrophic.

Yet the relationship also has to recognize the risks coming from widespread Chinese disinformation and those emerging in strategic sectors like advanced technology, and defense and communications, as well as industrial or military espionage, copyright violation, data leakages, and cyberthreats.

The new government will have to tread a thin line between maintaining good relations with China’s communists without compromising on national interests, especially when Italian strategic activities and capabilities are at stake. This includes closer cooperation with EU partners in establishing a common trade policy with China, increased investments in Africa to compete with China’s economic penetration, and vetoing the takeover of strategic technologies and companies by Chinese entities, just as the outgoing Draghi’s government has done during its mandate.