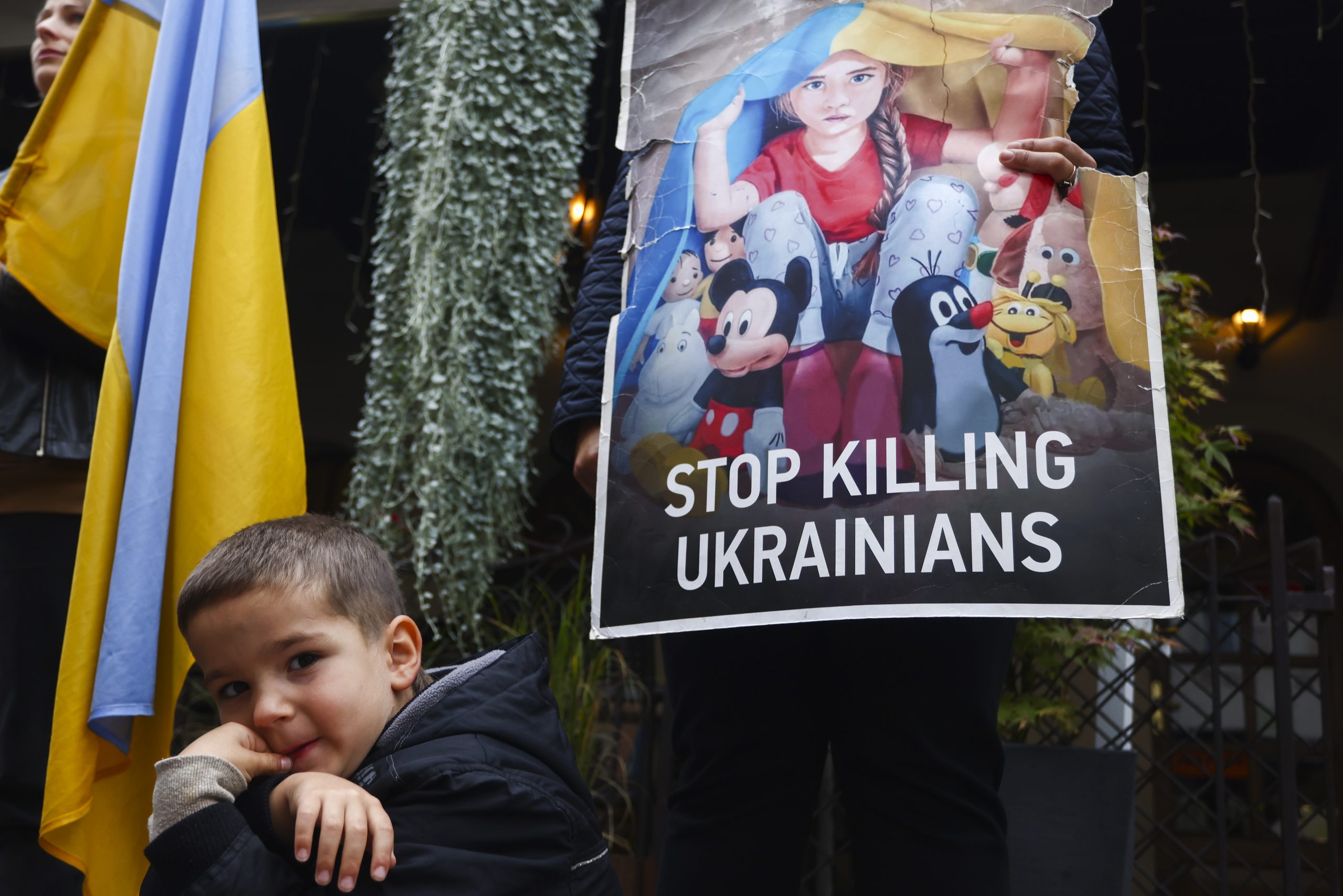 Photo: An Ukrainian boy attends a demonstration of solidarity with Ukraine in Krakow, Poland on October 1st, 2022. Credit: Beata Zawrzel/NurPhoto

“Now is the time to make peace in Ukraine.” That was the motion I debated last week at in central London, hosted by the How To Academy. My opponents were two British pundits, Peter Hitchens and Mary Dejevsky. My ally was Svitlana Morenets, a Ukrainian journalist.

I would have preferred a more robustly phrased motion, such as “Only a complete Russian defeat in Ukraine can bring peace to Europe,” but I had no reservations about debating with Hitchens. We have been friends since reporting on the collapse of communism in Czechoslovakia together in 1989. For the health of our democracy, as well as our own emotional balance, it is important to maintain friendships across what sometimes seem impassable abysses of disagreement.

Unlike the old pro-Soviet camp, he and his allies do not defend Russia as a civilizational model (indeed, Hitchens calls Vladimir Putin a “sinister tyrant”). Instead, they depict outrage over Russian misdeeds as hypocrisy, given how our leaders happily hobnob with Saudi murderers and the Chinese Communist Party’s masterminds of genocide. The real driving force behind Western strategy since 1991 is not idealism but arms manufacturers’ self-interest and American politicians’ cynical pandering to the “east European vote”. They cite the late George Kennan, the architect of Western strategy in the cold war, who condemned post-1991 NATO expansion as a dreadful mistake. It has created the problem — an aggressive Russia — that it seeks to contain. The result is a ruinous war and the risk of a nuclear apocalypse.

This argument has many flaws, but it contains a key concession: that the Kremlin still thinks in imperial terms. The friction with the West is not — as some once argued — a mere misunderstanding that can be eased through diplomacy and dialog. Russia’s size and nuclear arsenal give it the right to override smaller countries’ interests. Countries like Britain should stay clear of these matters, not meddle in them.

I used three lines of argument against the bleak faux-pragmatism of this “might-is-right” worldview. First, moral. This is about values, not Realpolitik: Ukrainians want the liberty, dignity, legality, and security that we in the West enjoy so unthinkingly. Their country’s development is a lethal threat to Vladimir Putin’s kleptocracy. This, ultimately, is why he attacked. Ukrainians are fighting not only for their own freedom but also for ours. We owe them gratitude and respect.

Second, military. This is not a lost cause. Ukraine has already confounded the doom-mongers. Hitchens was demanding a ceasefire in August but Ukraine’s gains since then have been huge. Admittedly, the price is huge too — but Ukrainians are ready to pay it. We should respond generously, not with timidity and arm-twisting. Russia’s nuclear bluff must not be allowed to become decisive. Otherwise, we have surrendered.

Third, history. This conflict should not be a surprise. It is the latest and bloodiest twist in the “Wars of the Soviet Succession,” which started in 1991: Russia was menacing its neighbors even when east-west relations were sunny. Many in the West failed to notice this because their perceptions were distorted by ignorance (over-focusing on Russia, ignoring everyone else), by arrogance, and most of all by greed. But that is no reason not to wake up now. Russia’s military may be failing in Ukraine, but nobody should be in any doubt about the Kremlin’s ability to wreak vengeful havoc elsewhere. If the war has done nothing else, it has vindicated the warnings of those who warned us, in vain, for so long.

“Anti-war” (in fact, anti-Ukraine) arguments may mushroom as the economic stresses of the conflict bite deeper in the West. Don’t ignore them: demolish them.