The next Russian civil war is already under way. 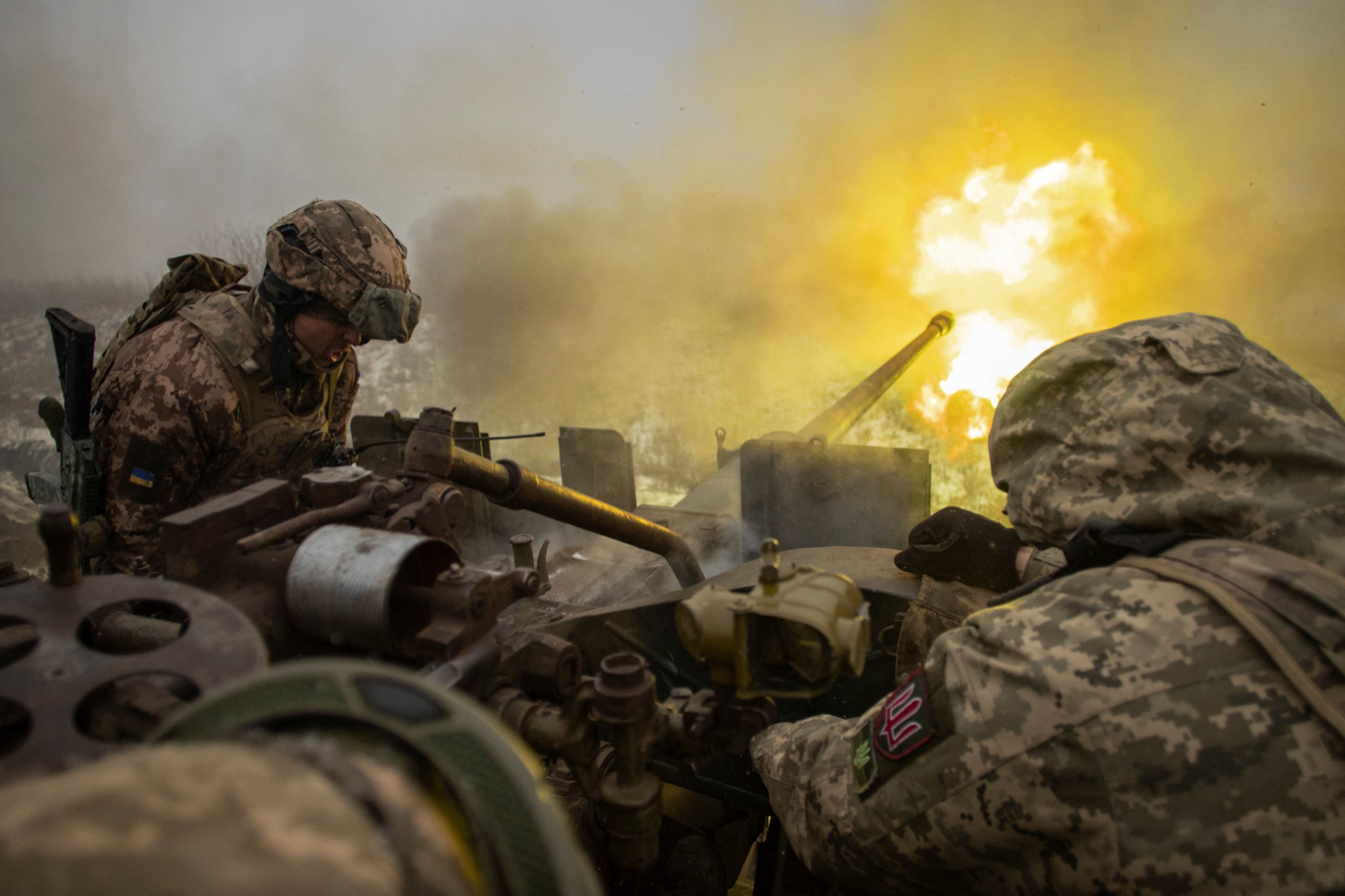 Photo: Ukrainian servicemen fire an anti-aircraft gun towards Russian positions on a frontline near the town of Bakhmut, amid Russia's attack on Ukraine, in Donetsk region, Ukraine January 15, 2023. Credit: REUTERS/Oleksandr Ratushniak

Yevgeny Prigozhin rarely bothers with subtlety. Last year, he executed a deserter with a sledgehammer. Now the founder of the Wagner Group private military company has launched a rant against Valery Gerasimov, chief of the Russian general staff, who is rarely subjected to public criticism. Blaming him for ammunition shortfalls during the fighting for the Ukrainian salt-mining town of Soledar, Prigozhin called him a пидор (loosely, “faggot” but more derogatory). Most recently, he has been complaining that his mercenaries’ efforts are under-appreciated. Generals from the regular army were trying to “steal victory” at Soledar, he complained. Only then did Russia’s defense ministry thank Wagner for its efforts.

This is odd, and not just because Soledar was a minor prize, hardly worth the colossal casualties Wagner suffered in attacking it. The real point here is that someone like Prigozhin, who started life as Putin’s crony chef, is succeeding in becoming a major political figure in Russia.

His Wagner group is Russia’s best-known mercenaries, providing military muscle in Africa or Syria, and bolstering the war in Ukraine by funneling prisoners to the front line. There are others. The defense minister, Sergei Shoigu, has a private military company, called Patriot. The tycoon Gennady Timchenko has “Redut” (Redoubt), previously used to provide security in his natural resources business. Ramzan Kadyrov, the Chechen strongman, runs his republic as a mafia fief, complete with his own private army.

That these and other irregular forces are needed at all is in itself a sign of the Russian armed forces’ failure. In theory, all mercenary military activity on Russian territory is illegal. Now it is not just tolerated, but thriving. Moreover, these units are parasitical to the main Russian military. They compete with it, and with others, for supplies. Their existence complicates the chain of command and reduces Russia’s overall military effectiveness.

There is a whiff of the 1990s about this, when oligarchs had private security forces that operated above and outside the law. That ended with Putin’s ascendancy. But this is different: these are not glorified bodyguards, but real paramilitary forces. They and their warlord bosses do not just reflect the state of Russian politics. They shape it.

Andrei Piontkovsky, a Russia-born commentator now living in exile in the United States, argues that the Russian elite believes that defeat in Ukraine is looming and that the Putin era is doomed. The feuding clans are gearing up for what comes next: protecting what they already have and contending for the vast assets that will be available after the regime’s collapse. This chimes with Prigozhin’s oddly conciliatory behavior of late: on New Year’s Eve, he gave mandarin oranges and seasonal greetings to Ukrainian prisoners-of-war. He has also said that “it’s time to finish the war and start real business.” It also explains his attempts to undermine the authority and credibility of Russia’s armed forces: perhaps the only institution that could hold the country together.

Piontkovsky’s thesis might also explain why Kadyrov seems to be holding back his most effective troops from the war in Ukraine. He will need them later. The Chechen leader tauntingly held his own online press conference just after Putin canceled his own, normally a fixture of Russia’s end-of-year calendar.

This adds a new dimension to the bubbling discussion about Russia’s possible disintegration. Piontkovsky argues that the looming civil war will not be over political (“red” versus “white”) orientations, nor a post-imperial explosion along regional, ethnic or religious fault lines. It will be gangsters fighting over money. Likely or not, the time to start preparing for this, and the danger and disruption it threatens, is now.