Versailles, Ukraine, and the Rise of La Souveraineté Numérique

While European leaders met last week in Versailles to condemn Russia, their French hosts used the summit to push a protectionist agenda. 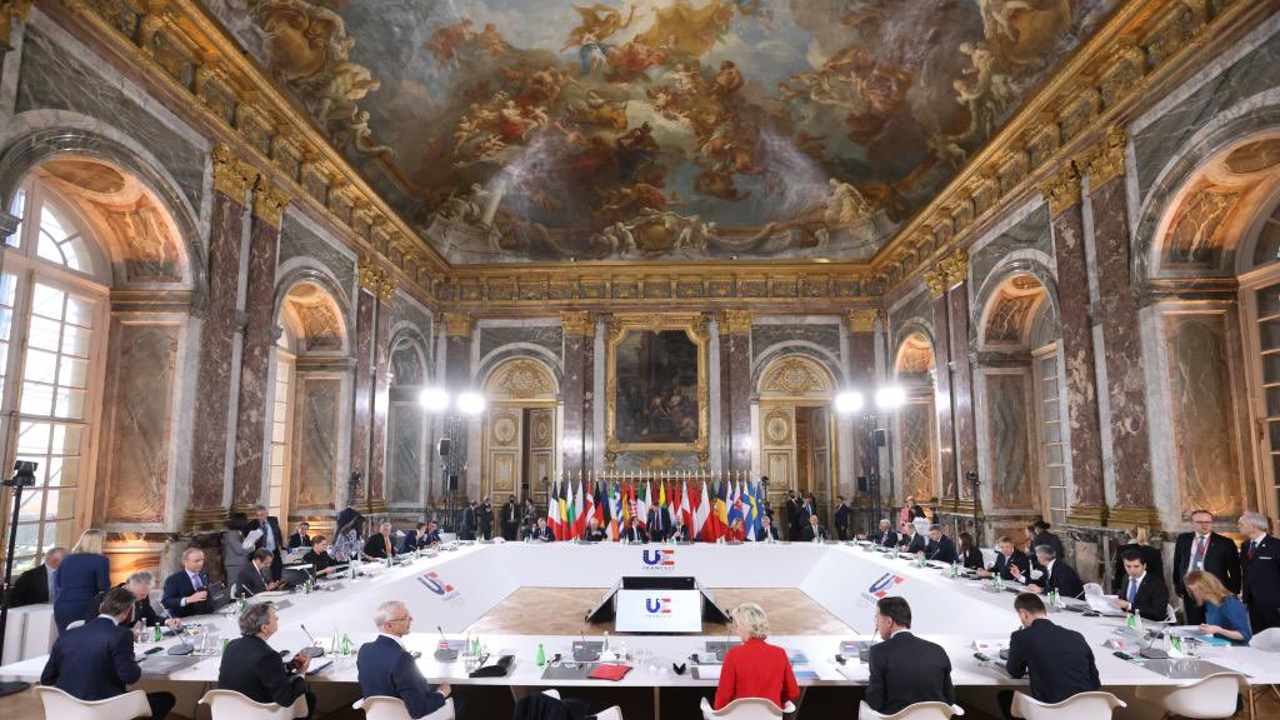 The two-day meeting took place in the opulent palace of France’s 17th century Sun King, built when the country was the globe’s leading power. Leaders dined in the same Hall of Mirrors where Western allies carved out a new map of Europe in 1919 after World War I. They agreed to enforce sanctions imposed on Russia over its invasion of Ukraine.

At the same time, President Emmanuel Macron seemed inspired by the sumptuous setting to see the Covid pandemic and the war in Ukraine as an opportunity to pursue a more protectionist European digital industrial policy. In a Versailles Declaration, leaders agreed that Europe must be less dependent on the rest of the world.

The French call it digital sovereignty – la souveraineté numérique. The goal is to make the continent self-sufficient in critical digital technologies, from semiconductors to the cloud. Although ostensibly directed against authoritarians led by China and Russia, the proposed rules could instead end up hurting the US, Japan, South Korea, and other like-minded democratic partners.

Although free-trading EU countries such as the Netherlands have been skeptical, the Ukraine conflict seems to have pushed forward this agenda.  “We have to enhance our open strategic autonomy, something France has been urging for a long time,” Dutch Prime Minister Mark Rutte told Sciences Po on Wednesday at a pre-summit event in Paris.

Admittedly, it is positive that the Russian invasion has jolted major EU states, notably Germany, to invest in their own defense, to stand up to autocratic regimes, and to scrutinize the behavior of authoritarian-linked state-affiliated enterprises, such as Gazprom, RT, and Huawei.

But the invasion should strengthen transatlantic ties, instead of potentially weakening them. Take EU trade policy. European governments have long been uneasy about foreign state-affiliated enterprises that, thanks to dubious state support, are able to undercut European companies. At Versailles, EU leaders promised to “complete our trade and competition policy toolbox with instruments to address the distortive effects of foreign subsidies.”

The scrutiny and obligations of this EU proposal will not fall on state-owned Russian (banned from Europe) and Chinese enterprises. Rather, the burden will fall on companies from the EU’s closest trading partners and allies. Major industry groups from the U.S., Australia, Japan, India, and South Korea are concerned that this complex proposal will hinder their ability to invest and do business in the EU.

Similarly, on digital technologies, leaders promised the swift adoption of a range of legislative proposals from the Digital Markets Act (DMA) to new regulations promoting European semiconductors and cloud computing. Curiously, what all these proposals have in common is that they do not target Chinese or Russian enterprises. They zero in on US “big tech”. In fact, the DMA targets a handful of US platforms. EU Cloud policies increasingly seek to support a few European champions at the expense of U.S. market leaders.

Equally, Europe’s proposed new Data Act will prohibit these same American “gatekeepers” from participating in parts of the new European data markets and make it harder for companies subject to foreign laws to transfer data abroad or even to process data in Europe.

Another priority for la souveraineté numérique is to reinforce European cybersecurity, particularly after the Russian invasion of Ukraine. French leaders say the solution is to boost local industry. “The current circumstances have reiterated how important it is for us to bolster the sovereignty we have over our infrastructure,” Thierry Breton, EU internal market commissioner, said after meeting with ministers in charge of cybersecurity.

Russia’s attack on Ukraine and threats against EU countries should bolster the transatlantic digital partnership. It should not be used to justify EU restrictions on Western companies.