US Will Stay the Course on Ukraine: Sherman

The US is committed to Ukraine and to ensuring Russia pays a heavy price for its aggression, Deputy Secretary of State Wendy Sherman said. 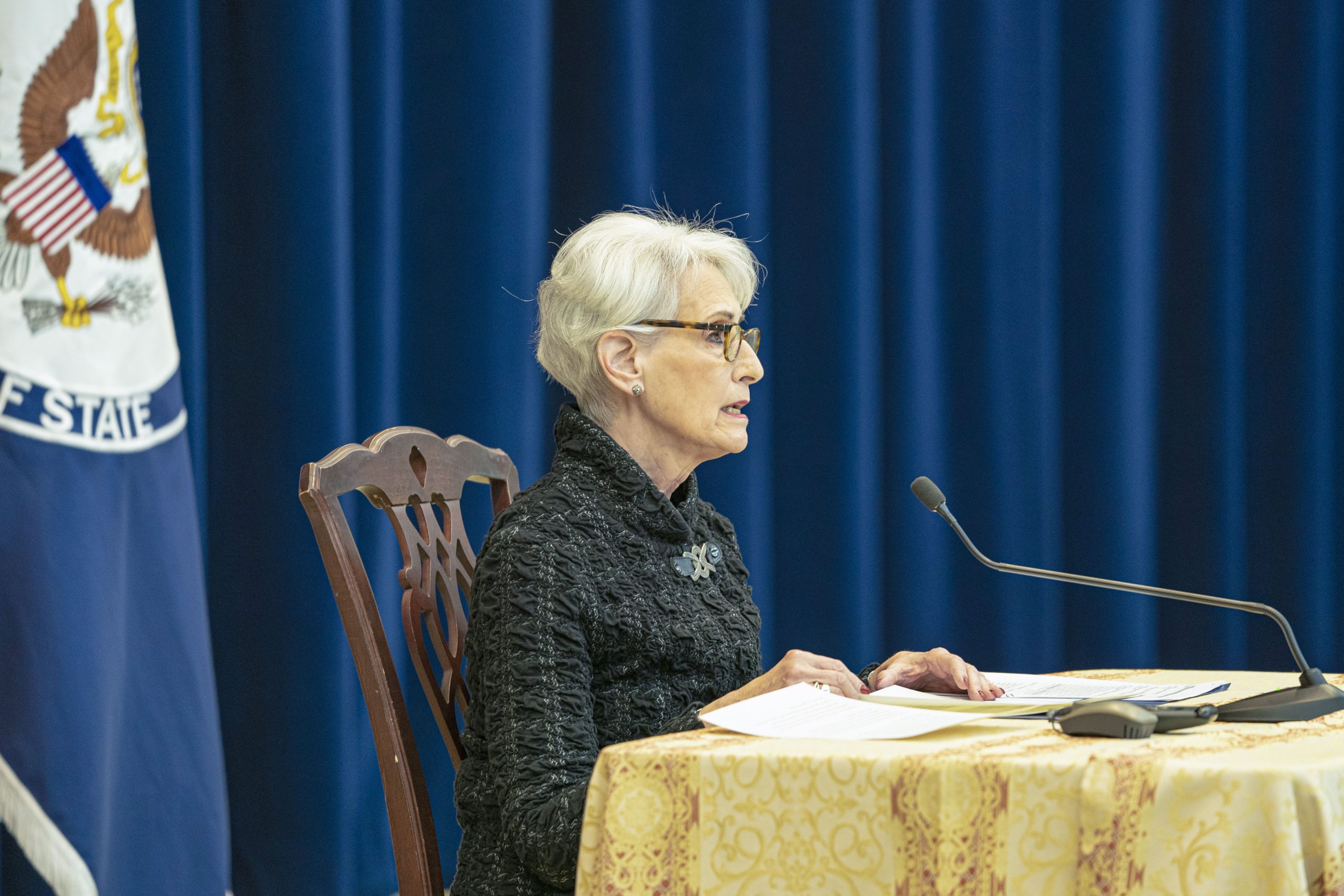 The US is committed to Ukraine and to ensuring Russia pays a heavy price for its aggression, Deputy Secretary of State Wendy Sherman said.

Victory for the Ukrainian people is vital both for their right to self-determination and the survival of a rules-based international order, Sherman told the 2022 CEPA Forum. Russia’s human rights violations must be stopped and Vladimir Putin made to pay for his actions, she said.

“Our commitment to Ukraine is deep, it’s bipartisan, and it reflects broad US support,” Sherman said. “We will hold Russia accountable for its abuses and work to ensure this war is a strategic failure for Putin.”

Ever-tightening sanctions are making deep inroads into the viability of the Russian economy and the Biden administration will continue to “impose costs” on the Putin regime, she said.

“Make no mistake, the sanctions are biting, Russia’s GDP has shrunk significantly, export controls have disrupted supply lines and Russia’s industrial production is at a standstill; its credit ratings have been downgraded and it’s lost tens of thousands of skilled knowledge workers,” she said. “Russia’s economic prospects are bleak and they will be for as long as Putin continues to wage war against Ukraine.”

Acknowledging the pressure on Western democracies from rising energy prices, Sherman said building alternative energy supplies will be a long-term benefit for those currently facing massive increases in the cost of living.

“The Kremlin chooses to use energy to sow division between allies and within countries. But these tactics are backfiring, they’re pushing countries to dramatically reduce their Russian imports to seek new suppliers and to invest in clean energy alternatives for the future,” she said. “When we reduce our reliance on bad-faith actors we improve energy security for all of our citizens”

The Kremlin and its proxies have systematically forced more than a million people to move to Russia — including 260,000 children — in direct violation of the Geneva Conventions, Sherman said. She praised European countries that have taken in refugees and said the US will deepen its commitment to the transatlantic alliance to bolster Europe’s capacity to defend itself.

“The United States is resolved to continue supporting Ukraine and Europe in its self-defense,” she said. “When Ukraine prevails, with our steadfast support, we will see a more secure, a more prosperous and more democratic Europe and a more peaceful world.”