When US and European Union leaders meet in Washington on December 5 for the third Trade and Technology Council (TTC) meeting, they must head off rising disputes over industrial subsidies. 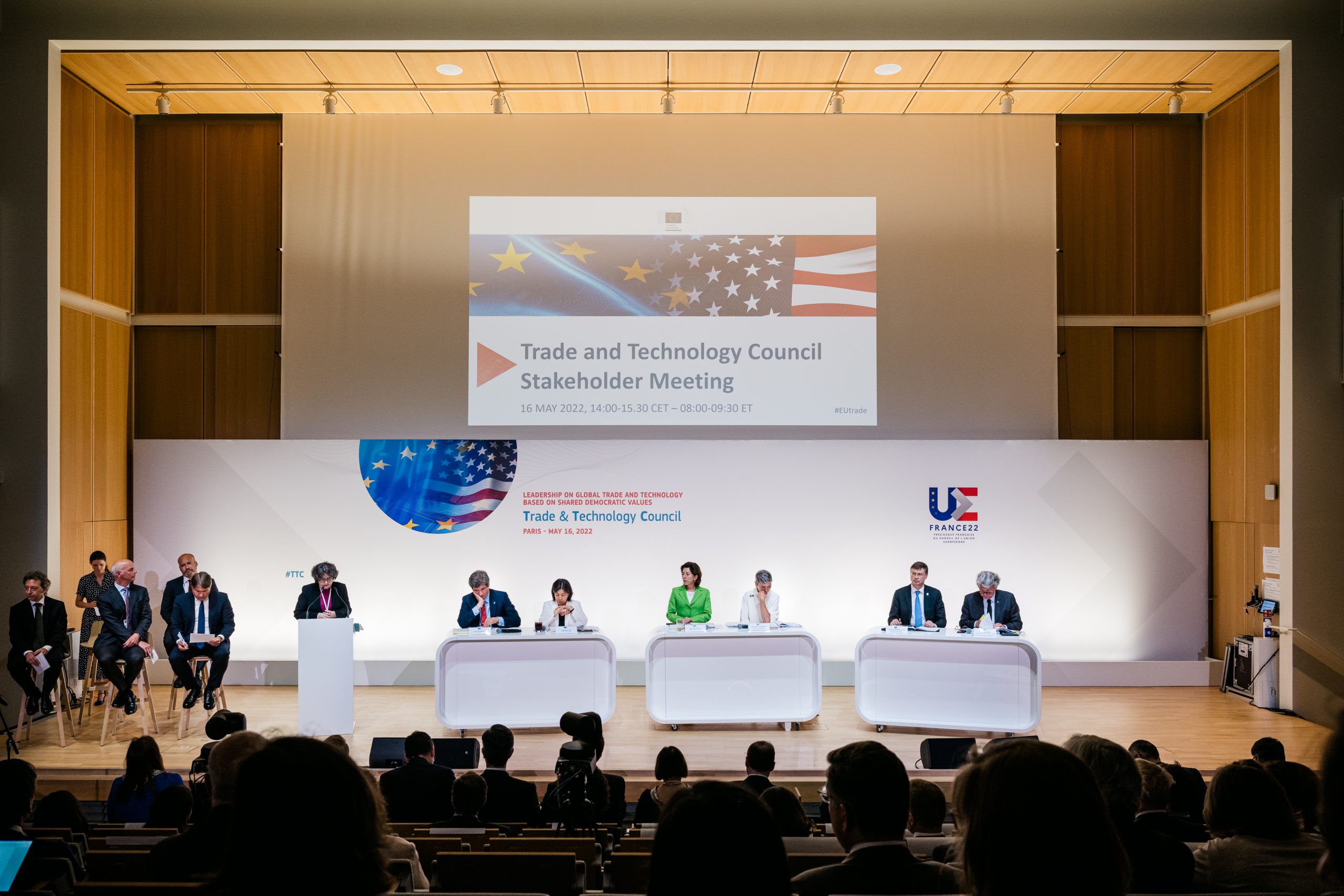 Last year’s TTC kickoff in Pittsburgh melted the Trump Administration’s freeze on transatlantic relations. Russia’s invasion of Ukraine brought the two sides together at a second meeting last May in Paris. But beyond soothing words, neither meeting produced specific deals.

The US and EU now are keen to fill this gap. It will be difficult. Europeans are furious about US plans to subsidize its domestic electric car industry, putting European automakers at a disadvantage. A task force has been set up to discuss the dispute. The US is critical of Europe’s aggressive new rules designed to ban business practices of US Big Tech “gatekeepers” and proposed regulations restricting US cloud providers.

Instead of resolving these conflicts in Washington, the two sides are working on a series of uncontroversial ’deliverables,’ according to a draft communique. These include a common roadmap on trustworthy artificial intelligence, a joint exercise strengthening supply chains, and recommendations on common standards for electric vehicle charging infrastructure.

Conflicting expectations color the talks. Washington wants the TTC to nudge Brussels to join its fight against Russia and increasingly against China. The EU prioritizes getting the US to buy into its digital policy agenda. The US interpretation is winning (as Europeans acknowledge), for the simple reason that it is easier to position yourself against than to build something new.

A key strategic goal of the Washington summit is to beat back China’s ambitions in developing countries. Jamaican and Kenyan representatives will be present in Washington, negotiating financial support for digital projects. The US Development Finance Corporation and the European Investment Bank could team up to provide financing. In Washington, the two banks will sign a memorandum of understanding pledging to enhance the global Internet backbone.

Specific projects could prove controversial, however. While Europeans want to build an undersea cable to connect to Japan via Alaska, US officials fear this will be too expensive. The proposed communique avoids mentioning the Arctic cable, though it might be brought up at the meeting.

Both sides pledge to construct a joint AI roadmap outlining the tools and methodologies for AI risk management. The roadmap would develop a shared understanding of essential concepts like trustworthiness, risk, and harm, building on the EU’s AI Act and the US Blueprint for an AI Bill of Rights. A transatlantic repository of metrics for measuring AI trustworthiness and risk management will be launched.

A full 100% agreement will remain elusive. The EU’s AI Act is much broader than anything envisioned in the US, where only sector-specific AI legislation on health care and other specific applications is being proposed at the state level. The US opposes Europe’s proposed AI Act, favoring a narrow definition of AI and company-by-company risk assessments rather than broad general rules.

The war in Ukraine demonstrated strong transatlantic coordination on export controls aimed at Russia and Belarus. The TTC aims to expand this coordinated approach to other allies such as Canada and Australia.

A pilot project on privacy-enhancing technologies will be launched in the first quarter of 2023, according to the draft communique. A Tech for Good collaboration platform will pool research on extreme weather and climate forecasting, health, electric grid optimization, and agriculture and emergency response management. A transatlantic quantum task force will also be established.

International standards represent an important area of potential transatlantic cooperation, aimed at containing growing Chinese influence on standardization bodies. In Washington, the EU and US will announce plans to produce a common standard for electric vehicle charging by 2024. Other workstreams include improving plastics recycling, encryption, and the Internet of Things.

Even here, though, significant roadblocks remain. The EU’s drive for digital sovereignty aims to reduce the influence of foreign companies, including American as well as Chinese, in European standardization bodies.

When confronted with crises such as Russia’s invasion of Ukraine, the US and EU want to ensure their supply chain. An early warning mechanism is being designed to speed information exchange.

Yet subsidy races could undermine this project. Both the EU and US are preparing to spend billions of public funds to bolster semiconductor manufacturing. Both also are keen to reduce their dependence on Chinese solar supplies. European fear, as with the US plans to privilege domestic electric car production, that they will be outspent.

The US aims to keep Europe united over Ukraine. But commercial issues could thwart that goal. At the TTC, the two sides will need not only to produce concrete outputs. They will need to avoid an open trade war.

Bandwidth is CEPA’s online journal dedicated to advancing transatlantic cooperation on tech policy. All opinions are those of the author and do not necessarily represent the position or views of the institutions they represent or the Center for European Policy Analysis.