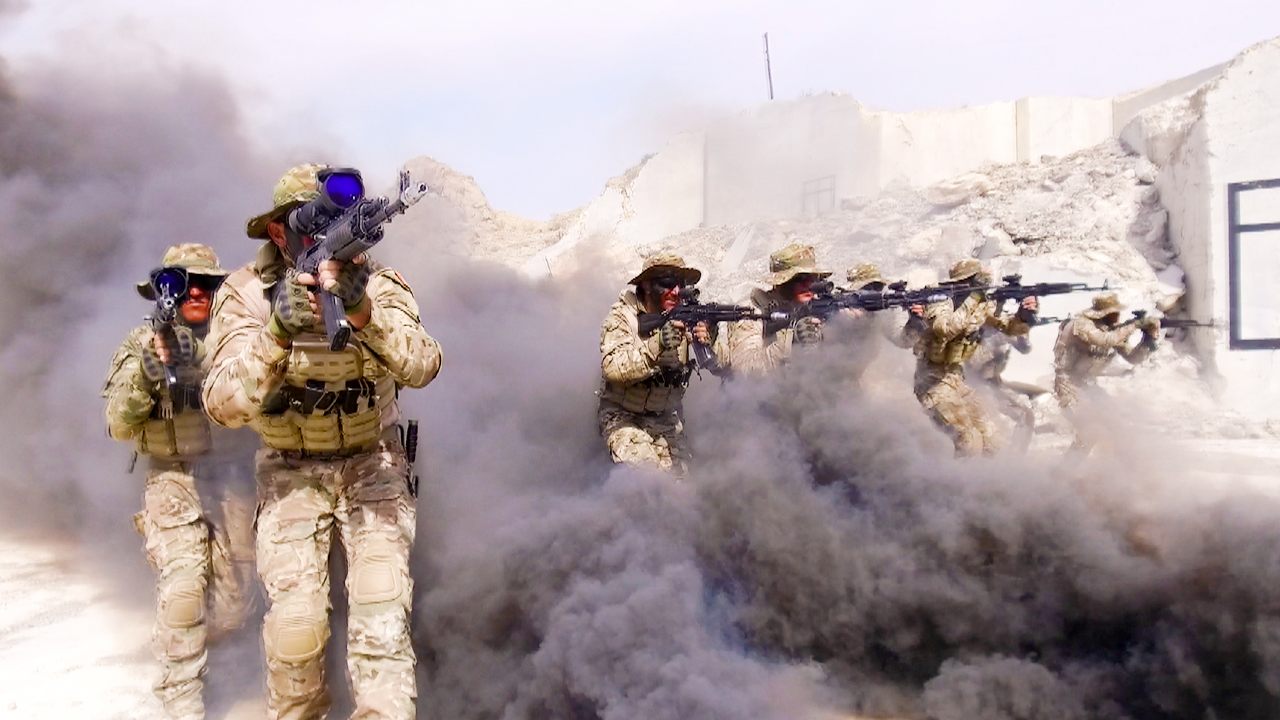 Photo: The militaries of Azerbaijan and Turkey hold the combat operation phase of the "Unshakable Brotherhood-2021" joint operational-tactical exercise. Credit: Ministry of Defense of the Republic of Azerbaijan.

Events that might not matter elsewhere in the world matter quite a lot in the South Caucasus. Given a recent history of conflict, with all the bad feelings that generates, plus outside powers playing geostrategic games, and its growing importance as an energy corridor between Europe and Central Asia, the region is vulnerable.

This has been worsened by the two-year-long Western absence of engagement. In 2020, Europe and the U.S. were barely involved as the second Nagorno-Karabakh war broke out between Armenia and Azerbaijan, leaving about 7,000 dead. With tensions now on the rise between Azerbaijan and Iran, Western uninterest is again evident, even though this might have wider ramifications for future re-alignment in the South Caucasus.

The drumbeat of Iranian activity against Azerbaijan has been consistent in recent months. Iran is getting increasingly edgy about Israel’s presence in the South Caucasus — hardly surprising given Israel’s painfully well-targeted assassination and computer hacking campaigns against nuclear staff and facilities — and especially its growing security and military ties with Azerbaijan, with whom Iran shares a 765km (430 mile) border. Iran has also voiced concern about the presence in the region of Turkish-backed Syrian mercenaries, who were used as Azeri assault troops last year.

Much of the anger has been played out in military exercises. The Azeri military has been busy since its victory, exercising near the strategic Lachin corridor which connects the separatist region to Armenia, and in the Caspian Sea, where it has jointly exercised with Turkish personnel. Iran, in turn, sent units to the border region this month for drills of an unstated scale.

This week, the Azeri and Iranian foreign ministers agreed to dial down the rhetoric amid much talk of mutual understanding. Whether that involved promises regarding the Israeli presence or a pledge by Iran to abandon a newly promised road to Armenia was not stated.

Iran’s behavior is a recognition of the long-term strategic changes caused by the Armenian defeat last year. Iran has been sidelined. Its diplomatic initiatives have failed, and it has been unwelcome in post-conflict discussions.

It is true that Iran was never a dominant power in the South Caucasus. Unlike Russia or Turkey, the traditional power brokers, it has not had a true ally. Iran was certainly part of the calculus for states in the region, but it was not feared, like Russia or Turkey. And yet, the South Caucasus represents an area of key influence, based on millennia of close political and cultural contacts.

Seen in this light, it is unsurprising that Iran ratcheted up tensions with Azerbaijan. Firstly, this reasserted the involvement of the Islamic Republic in the geopolitics of the South Caucasus. It was also a thinly-veiled warning to Turkey that its growing ambitions and presence in the region are seen as a threat. In Iran’s view, Turkey’s key role as an enabler of Azeri irridentism is unmistakable.

Turkish involvement has disrupted the foundations of the South Caucasian status quo established in the 1990s. To expect Turkey to become a major power there is an overstretch, but it nevertheless worries Iran. For example, the recent Caspian Sea exercises between Azerbaijan and Turkey appear to run counter to a 2018 agreement among the sea’s littoral states stipulating no external military involvement.

The Caspian Sea has always been regarded by Iranians as an exclusive zone shared first with the Russian Empire, later the Soviets, and presently the Russian Federation. Other littoral states play a minor role. This makes Turkish moves in the basin and the recent improvement of ties between Azerbaijan and Turkmenistan an unpleasant development for Iran — fewer barriers to the Trans-Caspian Pipeline threatens the Islamic Republic’s ability to block the project.

This is where Iranian views align almost squarely with the Kremlin’s. Both fear Turkish progress and new energy routes. The new Iranian leadership might now lean strongly toward Russia. With Russia’s backing, opposition to Turkey would become more serious; Iran’s foreign minister said this month that his country was seeking a “big jump” in relations with Russia.

The fact is that the region is increasingly fractured and is being pulled in different directions by the greater powers around it. This state of affairs essentially dooms the prospects of pan-regional peace and cooperation initiatives. Take the latest effort by Russia and Turkey to introduce a 3+3 platform with Armenia, Azerbaijan, and Georgia, as well as Iran. Beyond excluding the West, disagreements will eventually preclude any meaningful progress. There is no unity of purpose between the six states and there are profound disagreements.

Thus, trouble will at some point recur between Iran and Azerbaijan, and by extension Turkey. Given the current situation, and Iran’s visible discontent, it is likely it will take some kind of initiative lest it loses completely its position to Turkey and Russia.