Ukraine’s Titanium Can Armor the West

Support for Ukraine has been driven by strategic concerns and moral-political values. But long-term Western help should also be based on solid material interests. 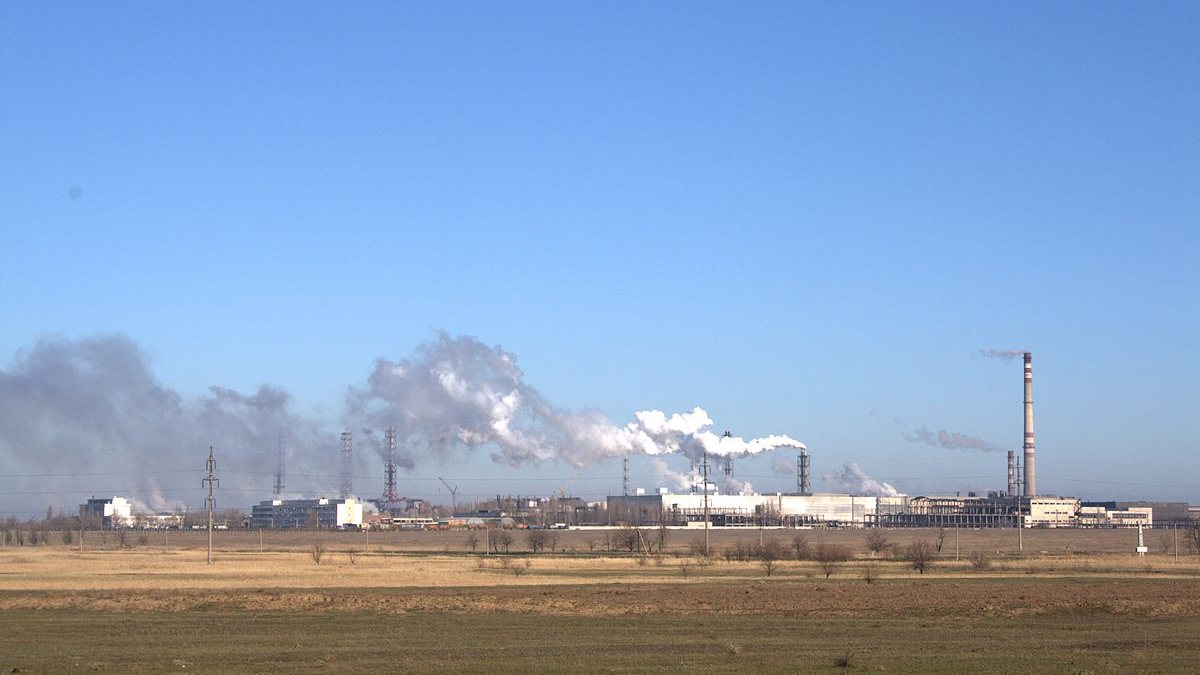 Ukraine is blessed with many natural resources and an abundant agricultural sector, as Andrew Michta, Dean of the College of International Studies at the Marshall Center, has reminded us. Supporting it now, and throughout its postwar reconstruction, makes eminent good sense and could help drive the regeneration of Eastern European economies, while also cementing Ukraine’s integration into Europe. This is a vital US and allied interest.

Also consider Ukraine’s substantial titanium deposits, a good example of a key resource critical to the West. The metal is integral to many defense systems (aircraft parts, missiles, armor plating, and naval vessels) as well as surgical procedures. Its strength-to-weight ratio and resistance to corrosion allow the manufacture of lightweight and durable equipment which works even in extreme conditions.

Titanium ore is currently transformed into the metal we use in our everyday lives through the Kroll process, an expensive and time-consuming six-step process that results in what is called a titanium sponge. But a new Ukrainian production method could make titanium sponge obsolete, cutting US strategic competitors and adversaries out of critical national security supply chains.

The metal’s strategic importance becomes apparent when we realize that China and the US were the two largest importers of titanium sponge last year, and Russia and Ukraine are both producers. Airbus relies on Russia for half its titanium, while Boeing sources about a third of its needs from Russian firms. While Boeing has suspended titanium purchases from Russia since the full-scale invasion of Ukraine, Airbus has continued to buy.

The status quo of dependence on Russia is clearly unsustainable. Aircraft and defense suppliers, and manufacturers across Europe and the US must now replace Russian titanium, and Ukraine could help them achieve this. However, since Russia cannot produce enough titanium to meet its own needs, the Kremlin may yet try to seize Ukraine’s titanium resources for its own use. Some of the raw materials Russia needs to produce finished titanium have traditionally been imported from Ukraine.

The West can and should step in to prevent such seizures, hinder Russia’s war effort, and offer Ukrainian companies the opportunity to gain contracts and revenue by sourcing titanium from them rather than Russia.

For example, Dnipro-based Velta, the largest private exporter of raw titanium in Europe, has developed a new production system that bypasses the intensive process of producing titanium sponge and could supply the US and European defense and aerospace industries with finished metal. Given there are only five countries in the world actively producing titanium sponge —China, Russia, Kazakhstan, Japan, and Ukraine — Velta’s technology could be a game changer for the supply chain by cutting reliance on Russia and China.

Reorienting titanium contracts to Ukraine would stimulate the country’s economy, even during wartime, not to mention during postwar reconstruction, and simultaneously strike another blow at Russia’s war machine. It would also create an enduring material foundation under the process by which Ukraine could become more closely integrated with the West, in terms of both defense and economics.

Launching such integrative processes would help provide Ukraine with the material support it needs to bring the war to a successful conclusion and help strengthen its economic foundations. It would also foster Ukraine’s defense integration with other European states, most of which are members of NATO, while enhancing their knowhow and mutually reinforcing their capabilities for defending themselves and each other.

In other words, this kind of assistance directly contributes to the only true method of ensuring Ukraine’s long-term security, namely membership of both the EU and NATO. The process by which Ukraine could join the EU has already been launched, even if it promises to be very long. At the same time, as Henry Kissinger now says, “one way or the other, formally or not, Ukraine has to be treated in the aftermath of this as a member of NATO.”

One way in which we can realize this objective is to support Ukraine’s defense industry — especially its titanium sector — and its overall economy as part of the West’s broader engagement. We would not only be honoring our values, but also defending our own and Ukraine’s interests. No surer foundation for security and ultimately alliance exists, and we can ultimately only defend our values by upholding our interests.