What does Volodymyr Zelenskyy seek from the war and what concessions can he reasonably make? 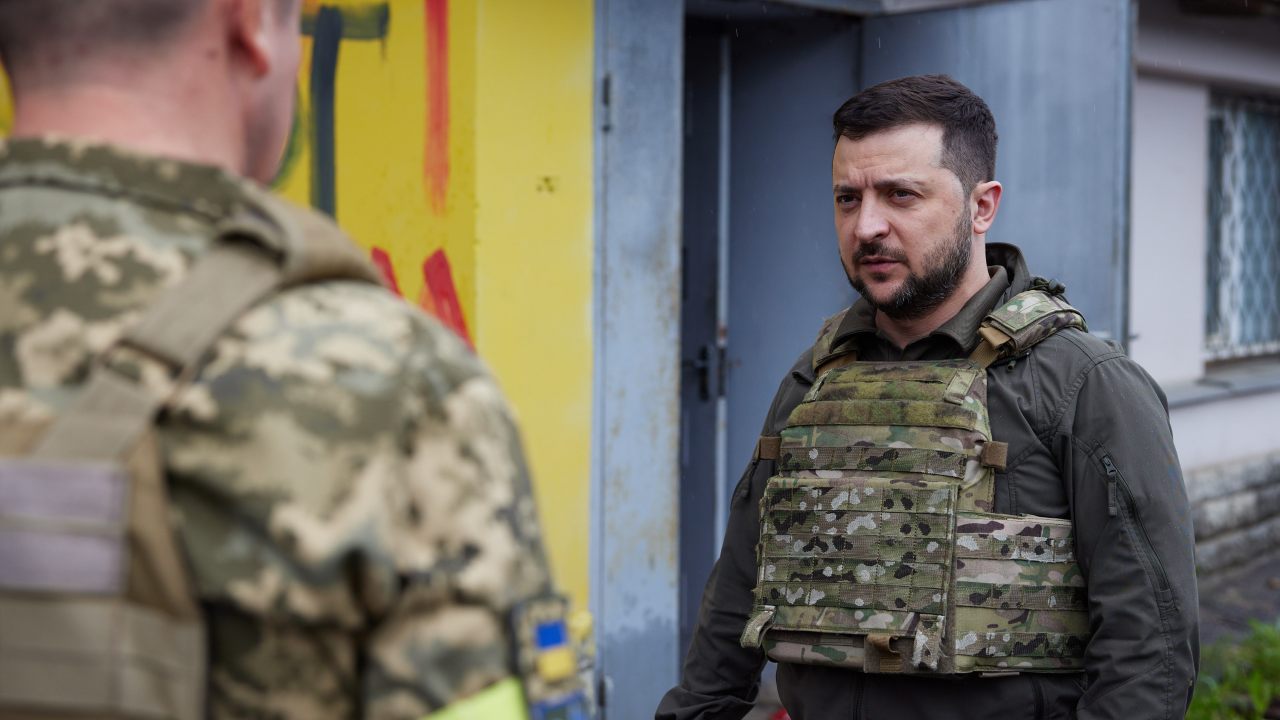 As the Russian invasion of Ukraine enters its fifth month, many west European leaders, former government officials, and policymakers are calling for peace negotiations to end the war.

Many cite the certainty that many more Ukrainian civilians will die and that more destruction will be inflicted on the country, while one analyst repeated the argument that a prolonged war continues to cause a “higher risk of escalation . . . between Russia and NATO,” although there is as yet no sign of this happening. The pro-peace camp does seem to have a compelling argument — ending the conflict would not only secure peace in Europe, but it would also end the destruction of Ukraine’s cities, release grain stockpiles, cool commodity prices, and thereby global inflation, and allow the diplomats to replace the guns.

Who could possibly object?

Ukraine for a start. The discussion about a peace deal ignores critical facts militating against a ceasefire in the short term. Not the least is that Ukraine — often the subject of such discussions but rarely a participant — has its own internal considerations. President Zelenskyy does not have a free hand, especially now that unprovoked Russian aggression has buried so many thousands of his compatriots and left Ukraine’s towns and villages in ruin.

While the intentions of Western political leaders, policymakers, and commentators may be good, the situation in Ukraine is actually very clear. According to a recent poll conducted by the Wall Street Journal and the University of Chicago’s NORC, 89% of Ukrainians believe that it “would be unacceptable to reach a peace deal with Moscow” that would see Ukraine concede territory seized since the start of the 2022 invasion. In the same survey, 78% of Ukrainians approved of Zelenskyy’s response to the Russian invasion. Meanwhile, a study conducted by the International Republican Institute found that (a truly extraordinary) 97% of Ukrainian participants believed Ukraine will win the war. Finally, the majority of Ukrainians believe that Russo-Ukrainian relations have reached a point of no return.

Zelenskyy now has considerable support from a people at war (as recently as November, two-thirds of voters said he was doing a bad job). His current support is built on his extraordinary leadership during the war and his refusal to leave his capital. Cutting an unpopular deal with the country’s tormentor, Vladimir Putin, would be politically reckless. His government has made clear that any concession of Ukrainian territory taken since February 24 would be unacceptable. That means that the southern capital city of Kherson, and the recent Russian advances that have resulted in the capture of (the remains of) Severodonetsk and Lysychansk would have to be reversed.

That limited demand is complicated by the popular clamor for a return of all the Eastern Ukrainian land taken since 2014 and (though many regard this as vanishingly unlikely in the near term) the Crimean peninsula. It may be that Ukrainians would in the end be willing to compromise for peace, but simply halting hostilities on the current frontline is — polling and other evidence suggests — a political impossibility. Were the government to agree to it, public opinion might well seek its removal and replacement with a much more hardline irridentist administration.

There are additional problems. The discussion of peace assumes that Russia will act rationally. But Russia’s behavior since February shows no indication that it is willing to end its invasion. Indeed, when the Italian government proposed a four-point plan to end the war, (including autonomy for the Russian-occupied Donbas and Crimea under Ukrainian sovereignty, and a Ukrainian renunciation of future NATO membership), Zelenskyy lambasted this proposal. So too did Russia’s Foreign Minister Sergey Lavrov, who termed it “not serious.” The idea was then withdrawn by Italian Foreign Minister Luigi Di Maio, who said the time was not ripe. The French government’s attempted peace plan just before the Russian invasion, also ran into strong Ukrainian opposition.

The failure of the Minsk Agreements and Normandy Summits has left many Ukrainians skeptical about European-led efforts to resolve the conflict.

It is worth asking how Ukraine would benefit from a peace deal. First, it would allow Russia to maintain control over the Crimean peninsula and the occupied portions of southern and eastern Ukraine. Russian troops would be present in these regions, and this would keep the Ukrainians on edge. The Russian naval blockade might remain in the Black Sea. Just as before February 24, when Russia daily ignored the Minsk ceasefire deal, its violations would be likely to continue. And just as before February, the world would lose interest and look away. Deprived of battlefield urgency, Western arms shipments would dry up, economic assistance would wind down and Ukraine would once more be left at the mercy of an aggressive and land-hungry neighbor.

In these circumstances, it would be reasonable to assume that Russia would use the end of hostilities simply to re-arm, re-group and await its moment to start again. In other words, it would leave open the possibility of future wars. Russia is not a reliable peace partner.

Finally, a premature peace would signal to Russia that the West is more interested in halting conflict rather than countering aggression. That too would lower the risk of future Kremlin adventurism.

First, the international community should continue to supply Ukraine with defense aid. During NATO’s Madrid Summit, the alliance pledged to provide a long-term military package. For well-known reasons (huge numbers of citizens under arms, improving equipment, tactically savvy generalship) Ukraine can reasonably expect to make future gains against the Russians. These counter-offensives could possibly enable Ukraine to reset the theater to the January 2022 borders.

Second, Russia should be forced to help rebuild Ukraine. Western sanctions should remain in place until the occupation has ended, Ukrainian territories have been restored, and until Ukraine has been fully rebuilt. Only once it is taught a painful lesson will the Kremlin’s enthusiasm for military expansion against sovereign neighbors end.

Finally, the fighting is likely to end with Russia still occupying part of Ukraine, including some Donbas territories and Crimea. When the Soviet Union collapsed in 1991, about 84% of the inhabitants of Donetsk and Luhansk freely chose to be part of the newly independent Ukraine. Similarly, 54% of Crimean residents voted for Ukrainian independence, clearly stating that they wanted to remain with Ukraine. Since then, they have voted in numerous Ukrainian presidential, parliamentary, and local elections, and they had representation in Ukraine’s parliament. They were part of Ukraine’s political process. The matter could be decided through the International Court of Justice in the Hague which rules on disputes between United Nations member states.

No one wishes for peace more dearly than the 44 million citizens of Ukraine (8 million of whom have had to flee their homeland). But as the 1930s showed and as the 2020s have again underlined, peace at any price is not worth having.

Ukraine should not be forced into a peace deal. The only outcome of negotiations at this point would be to acknowledge Russian gains. Thus, the international community would unintentionally reward Putin and his acolytes. And it would not last — Russian forces would simply have an opportunity to regroup, re-strategize, and launch a new invasion.

Ukraine is best placed to decide when negotiations are viable and to determine the terms. That is because the country has already made a down payment in blood and destruction. The democratic community should of course offer its advice to the government, but ultimately it is in everyone’s interest that Ukraine defeats Russia, and ensures that Russia never again invades its neighbors.