Ukraine has won a pledge of EU accession, but now needs to think about the long journey ahead. 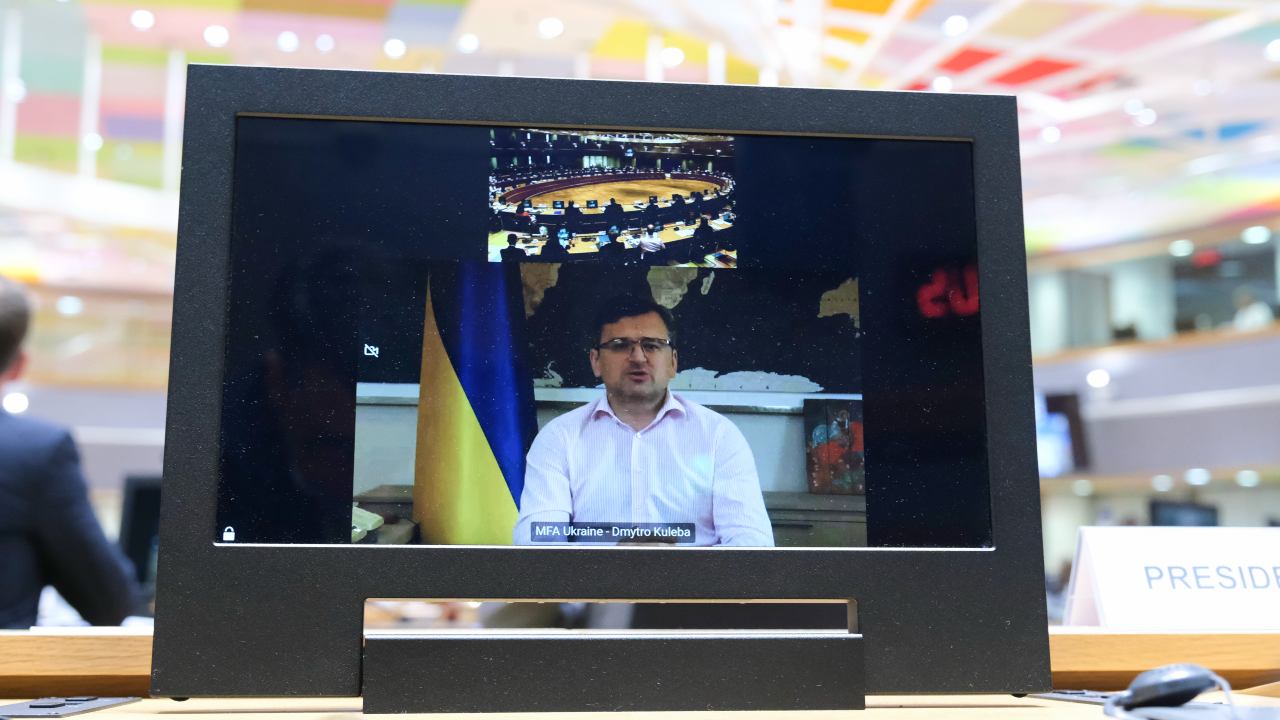 With the granting of candidate status by the European Council on June 23, Ukraine and Moldova skipped a preliminary stage in the usual EU enlargement process. Until then, the two countries had not been given an explicit prospect of membership by the EU’s highest decision-making body.

There’s no doubt about the importance of the decision. Both countries were deemed to qualify for EU candidacy following a joint statement by Olaf Scholz of Germany, Mario Draghi of Italy, Klaus Johannis of Romania, and Emmanuel Macron of France in Kyiv. That probably prevented a veto by several doubtful European Union (EU) member states, and a possible limitation of the Council decision to a mere potential candidacy for Ukraine and Moldova — the status that was offered to Georgia.

And yet while something symbolic has been achieved, there is still a long way to go to attain membership. The main task facing the two countries — and Georgia, with its slightly lower status — is essentially to continue the work of the last six years: the implementation of the 2014 Association Agreements with the EU, which entered into full force in 2016. In terms of contents, these contracts already provide roadmaps for integration, and not just association of the three countries with the Union. In this respect, Georgia’s lower formal status as a potential candidate has only minor practical effects. For all three states, the implementation of their already ratified Association Agreements remains the royal road to the EU.

But there are other instruments that Ukraine can use to strengthen its own and Europe’s resilience. As a large and increasingly respected state in the context of its successful defense against Russia, Ukraine has a new role to play in the Western concert of powers. With its potential, Ukraine should be seeking to break new ground in convergence with the EU. As the largest of the Association Trio, Ukraine should make efforts to assist Moldova and Georgia as it makes further advances, as it has already done during the last four months’ work on the EU membership effort.

Secondly, Ukraine, like Georgia before it, should liberalize its hitherto-complicated settlement and labor laws for EU and other immigrants (like those from the US, Canada, the UK, Norway, Switzerland, Australia, etc.) The right of settlement for all EU citizens is in any case a condition of Union membership. Much like its 2005 unilateral liberalization of entry regulations for EU citizens, Ukraine could act on its own account without waiting for reciprocal permanent access of Ukrainians to the EU. An automatic multi-year residence, study, trade, and work permit could be provided upon registration of an address in Ukraine. Once a ceasefire has been reached, this would allow Western organizations and investors to enter the country without bureaucratic hindrance.

Thirdly, with the attainment of candidate status, the EU aid envisaged at this stage – along with other existing as well as future Western integration, investment, and reconstruction programs – may have synergetic effects. Ukraine, Moldova, and Georgia, for example, should seek to be fully included in the Three Seas Initiative (3SI) of the eastern EU member states. Rebuilding Ukraine will inevitably benefit its neighbors.

Ukraine’s current reconstruction funds could be used not only to support general reforms and adjustments in the country’s EU accession process, but also geographically and technically expand infrastructure and energy projects of the 3SI in eastern Europe and the Black Sea region. Another part of the apparently large future Western financial assistance could be used to form political risk insurance for foreign private investors in Ukraine, possibly with the involvement of the World Bank group’s Multilateral Investment Guarantee Agency (MIGA).

Fourth, Ukraine can use its voice in the world, which has become more audible since February 24, to help influence European coordination and decision-making processes. Recent months have seen the publication of new proposals from West European politicians and experts with the aim of expanding Europe’s current institutional structure. These schemes aim to complement older transregional organizations, such as the Council of Europe and the Organisation for Security and Co-Operation in Europe (OSCE.) Their goal is to broaden political integration beyond the borders of the EU and thus they have particular significance for Ukraine.

Former Italian Prime Minister Enrico Letta made the first pitch on 25 April with plans for a European Confederation (ECF) of 36 countries, i.e., the EU 27 plus the Western Balkans and Association Trio states. French President Emmanuel Macron followed on May 9 with a plan for a European Political Community (EPC) of the EU plus non-members like Ukraine and possibly the UK. A week later, European Council President Charles Michel presented his idea for a European Geopolitical Community (EGC) from “Reykjavik to Baku or Yerevan, from Oslo to Ankara.”

Possibly the most feasible proposal was made in June by two German political scientists in a paper by the Vienna Institute for the Danube Region and Central Europe. They recommended the creation of a Greater European Council (GEC). This multilateral body could include the EU’s European Council with its 27 members, as well as the six Western Balkan states and the Association Trio, but possibly also Turkey, Norway, the UK, Iceland, and/or Switzerland. It could meet before or after the European Council meetings and be chaired by the EC President and a rotating representative of the non-EU states.

Ukraine would be the main beneficiary of such a structure. Whichever initiative ultimately comes to fruition, such a body would do much to shine light into the current geopolitical grey zone which has emboldened Russia to seek Ukraine’s removal from the world map. Any such structure would also be beneficial to Moldova and Georgia, and to some extent also to the Western Balkan states.

At the same time, the voice of Ukraine and especially President Volodymyr Zelenskyy is currently being heard far beyond the borders of Europe. The country should use this strangely promising historical moment, to push for the creation of a new pan-European structure in the interest of itself and the entire West.

Dr Andreas Umland is an analyst at the Stockholm Centre for Eastern European Studies (SCEEUS) of the Swedish Institute of International Affairs (UI). He is, with Pavlo Klimkin, joint author of How to Progress Ukraine’s Western Integration as a Prelude to Accession to the EU and NATO. UI Paper no. 4, May 2020.