The Fight for Ukraine Is About More Than Just Ukraine Ukraine’s centrality in Washington’s impeachment probe is overshadowed by the country’s historical and political centrality in Europe. With Russia defining itself as “Eurasian,” Ukraine is the biggest country in Europe, spanning several sub-regions, with the second-longest Black Sea coastline, and bordering six European states. It […] 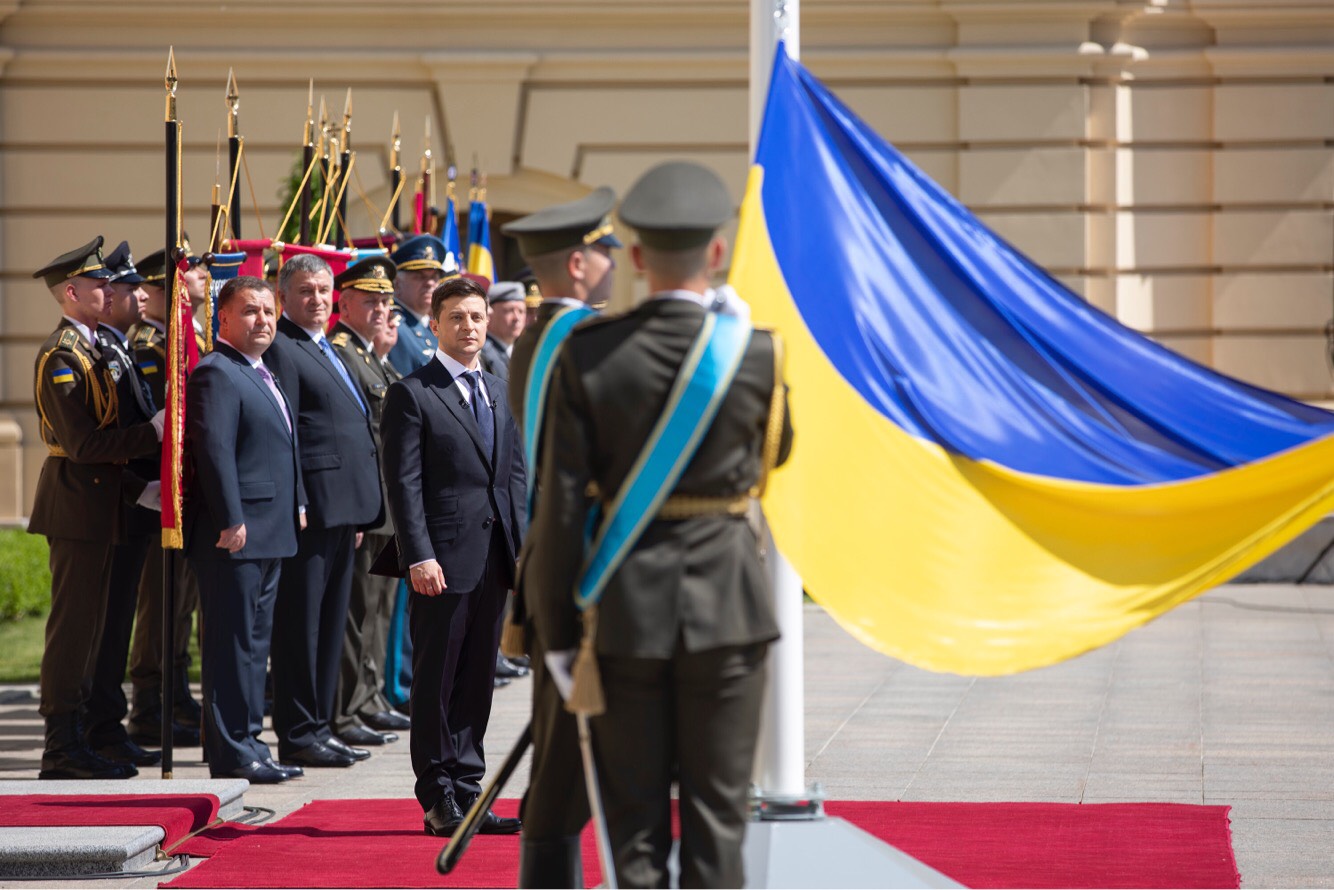 The Fight for Ukraine Is About More Than Just Ukraine

Ukraine’s centrality in Washington’s impeachment probe is overshadowed by the country’s historical and political centrality in Europe. With Russia defining itself as “Eurasian,” Ukraine is the biggest country in Europe, spanning several sub-regions, with the second-longest Black Sea coastline, and bordering six European states. It is also battling with a revisionist Moscow not only over its territorial integrity and international alliances but also over Ukrainian identity and history.

When the Berlin Wall was dismantled thirty years ago, ending the East-West divide imposed by the Kremlin for almost half a century, few policymakers predicted that the Soviet Union itself would collapse within two years. When the communist colossus proved to be a failed state, fifteen new countries emerged from the rubble and Ukraine proved to be the regional pivot, whose independence prevented Russia from again dominating Europe’s east.

November 1989 not only signaled the collapse of communism, it also heralded the national liberation of thirteen Central-East European states from Moscow’s control. The struggle to maintain state independence from an increasingly assertive Kremlin continues to this day and Ukraine remains key to that struggle. If the country is coerced and dominated by Moscow then all of its neighbors will be more directly at risk from intensified subversion.

President Vladimir Putin, much like Russia’s Tsars and Soviet Secretary Generals before him, claims Ukraine as Russian territory and its people as “little Russians.” However, the historical record indicates that it is the Ukrainians who have a more credible claim as the “older brothers” to Muscovite Russians, whether in state-building, Christianization, cultural development, or the adoption of the Cyrillic alphabet.

The small autocratic Muscovite principality embarked on its imperial expansion in the 15th century. It swallowed the lands that formed the first major East Slavic kingdom centered in Kyiv (between the 9th and 12th centuries) and began to promulgate the fraudulent history that Kyiv was the cradle of the Russian state. Muscovite rulers evidently calculated, with reverberations to this day, that only with a Kyivan heritage could Russia claim to be a legitimate regional power.

Moscow’s earliest propagandists depicted the three East Slavic peoples (Belarusians, Russians, and Ukrainians) as branches of one Russian nation. This falsehood served to justify the annexation of neighboring territories and the assimilation of other Slavic peoples to eradicate their distinct identities. Ukrainians in particular were targeted as they could claim a longer chronicled historical lineage than Muscovites.

Moscow’s ongoing offensive against Ukraine is intended to perpetuate Russia’s dominance through the usurpation of Ukraine’s history and territory. However, the forcible annexation of Crimea and the proxy war engineered by Moscow’s military and intelligence operatives in the Donbas region has only served to strengthen Ukraine’s resistance and resolve. This was highlighted in January 2019 when the Ukrainian Orthodox Church regained its autocephaly and liberated itself from the imperial Russian patriarchate. Ukrainians viewed this as a decisive triumph in the country’s self-assertion.

The very existence of a free Ukraine negates the mythological constructs in Russia’s own history and it undercuts Moscow’s persistent Ukrainophobe narrative. The Kremlin not only seeks to obstruct Ukraine from joining Western institutions but it also saturates the information sphere with claims that Ukraine is an “artificial” country controlled by a fascist junta. At the core of this disinformation offensive is the fear among Putin’s officials that Ukraine will be perceived as a more legitimate state than the declining Russian federation, which may face revolt among its restless regions and impoverished citizens.

Ukrainian statehood and security are not only vital for the country itself but also for NATO’s eastern flank. The largest country in Europe’s east is a NATO partner and the Alliance committed itself at its 2008 Bucharest Summit to incorporate Ukraine when it meets the criteria for membership. It is recognized as a strategic pillar between the Baltic and Black Seas and between Central Europe and Russia. Preventing Moscow’s control over Ukraine’s government and territory provides neighboring NATO states with a deeper cushion of security and helps neutralize Russia’s revisionist agenda across the eastern flank.

The restoration of Ukraine’s Western direction has been a major achievement of the democratically elected governments following the Euromaidan revolution in 2014. Russia’s invasion reinforced the conviction among Ukraine’s political leaders and the majority of its citizens that NATO membership provides the only long-term guarantee of the country’s independence. Ukraine’s parliament has rescinded the country’s non-aligned status and made NATO entry a national priority.

A democratic Ukrainian state that is steadily consolidating its national identity and reclaiming its distinct history stands on Europe’s front line in thwarting Moscow’s expansionism. If Ukraine remains on track in its political and economic development and in its aspirations toward European and transatlantic integration, then Moscow’s imperial project will suffer a significant defeat. The focus will then increasingly turn toward the legitimacy of Russia’s fraudulently elected rulers and the survival of an artificial neo-imperial Russian state.