The U.S. and Ukraine need to get serious about putting the cards on the table that would deter Putin from any further military action 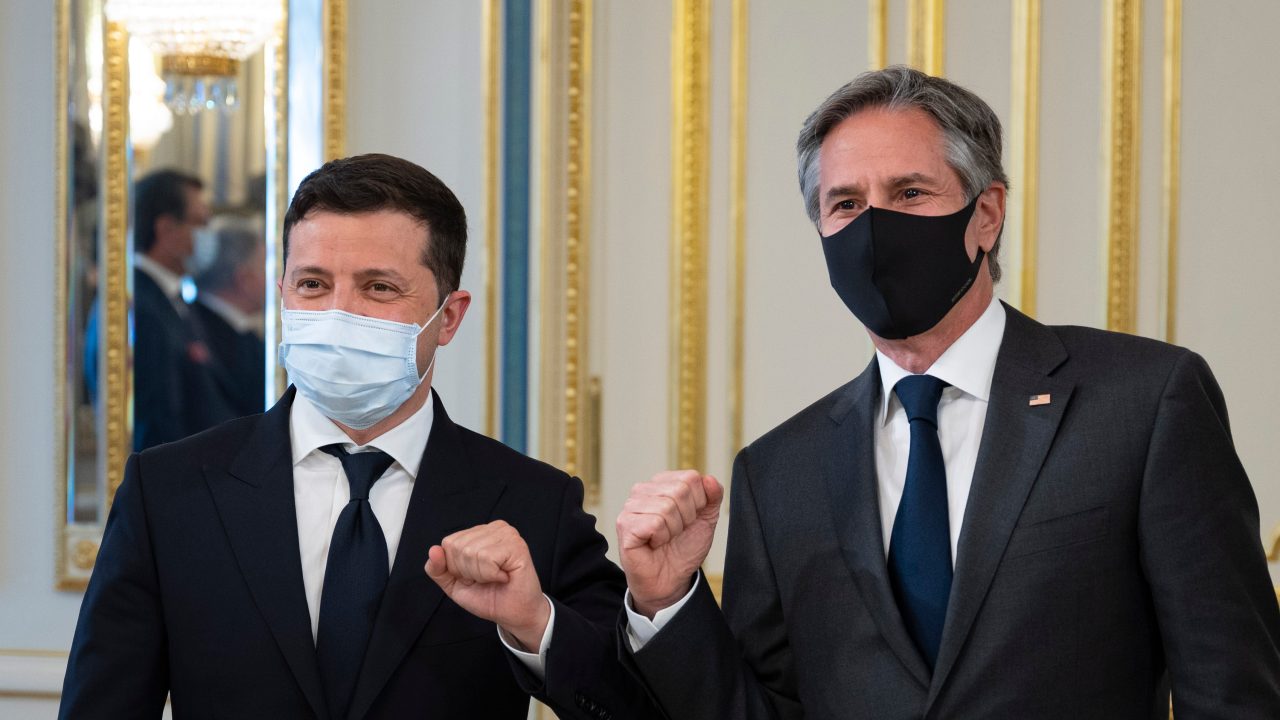 Coming on the heels of Russia’s massive military build-up in and around Ukraine in April 2021, U.S. Secretary of State Antony Blinken’s visit to Kyiv this week is a strong show of support for Ukraine’s sovereignty and territorial integrity. It is also an opportunity to finally realize a genuine strategic partnership between the two countries.

Even in the best of times, Ukraine has often viewed the West as insufficiently supportive of Ukraine’s security and membership in Euro-Atlantic institutions, while the West has viewed Ukraine as insufficiently clear and committed to strengthening the rule of law and rooting out corruption.

The dynamic has not always been healthy. What Ukraine sees as legitimate aspirations (like NATO membership), the West has sometimes seen as unrealistic and pushy. And what the West sees as “tough love” in helping Ukraine on reforms and governance, the Ukrainians sometimes see as unrealistic and at times even unsympathetic interference in Ukrainian politics, which are complicated beyond belief.

Add to this the complete disruption of U.S.-Ukraine relations caused by the impeachment of former President Donald Trump, in which Ukraine was little more than a prop wielded by both sides in attacking each other, and the legitimate interests of both countries have suffered.

None of this need be so. Whether it is in pushing back on Russian aggression, implementing reform and strengthening rule of law, or advancing Ukraine’s Euro-Atlantic integration, the U.S. and Ukraine actually share a common interest. With all this in mind, Secretary Blinken’s visit can accomplish several things.

First, from a broad perspective, it can establish that the U.S. and Ukraine are genuinely seated on the same side of the table, facing common problems together, rather than pushing against each other. The dynamic should be one of seeing issues through each other’s eyes and strategizing together how to deal effectively with common concerns. No hectoring. With G7 Foreign Ministers meeting in London in advance of the Ukraine trip, this dynamic can be pushed by the U.S. within the G7 as well.

Second, and more specifically, it can allow for a full and frank exchange of views on the challenges presented by Russia, and how to deal with them. As Russian President Vladimir Putin demonstrated in April, he can mass the forces necessary to invade deeper into Ukraine at any time. He is also willing and able to distort the information environment to mask Russia’s actions, while placing the blame on Ukraine and portraying the West as weak and irresolute.  (The cancellation of a planned U.S. navy destroyer deployment to the Black Sea, only to be followed by a single Coast Guard cutter visit, unfortunately plays into this Russian narrative.) The U.S. and Ukraine, and the West more broadly, need to get serious about putting the cards on the table that would deter Putin from any further military action. It is especially important that this conversation takes place now, during Secretary Blinken’s visit, given the likelihood of a summit between President Biden and President Putin in June, 2021.

Third, there is an opportunity to chart a path forward on Ukraine’s NATO aspirations. It only helps Russia if Ukraine seeks participation in the Membership Action Plan and is turned down due to a lack of allied consensus. At the same time, there will never be any allied consensus unless the United States takes a clear leadership role on Ukraine’s behalf among NATO allies. The two sides should develop a common strategy for advancing Ukraine’s NATO aspirations, without falling into traps such as MAP that create perceived failure.

Finally, it is a chance for the two sides to create a mechanism for improved consultation, and developing shared goals and strategies, on the rule of law, fighting corruption, supporting foreign investment, privatization and reforming institutions and state-owned enterprises. Last week’s firing of Naftogaz CEO Andriy Kobolyev illustrates the problem. The U.S. and many others in the West decried the move as an abuse, side-stepping the role of an independent supervisory board. President Zelenskyy, however, no doubt saw the move as an essential step precisely to implement the kinds of reforms that the West consistently demands. Both sides have a point, and the disagreement could have been avoided by consulting in advance.

To facilitate that kind of consultation, it would be helpful for the Biden Administration to nominate a new U.S. Ambassador to Ukraine as soon as possible, and to designate a senior administration official with the responsibilities of a Special Envoy to follow through on the above agenda and support Ukraine in various diplomatic forums.

Secretary Blinken’s visit could not come at a better time, and the opportunity to finally establishing a genuine strategic partnership between the U.S. and Ukraine could not be greater.