Gunfire echoed around the occupied city of Kherson as Ukrainian forces moved southwards towards the city on the River Dnipro. 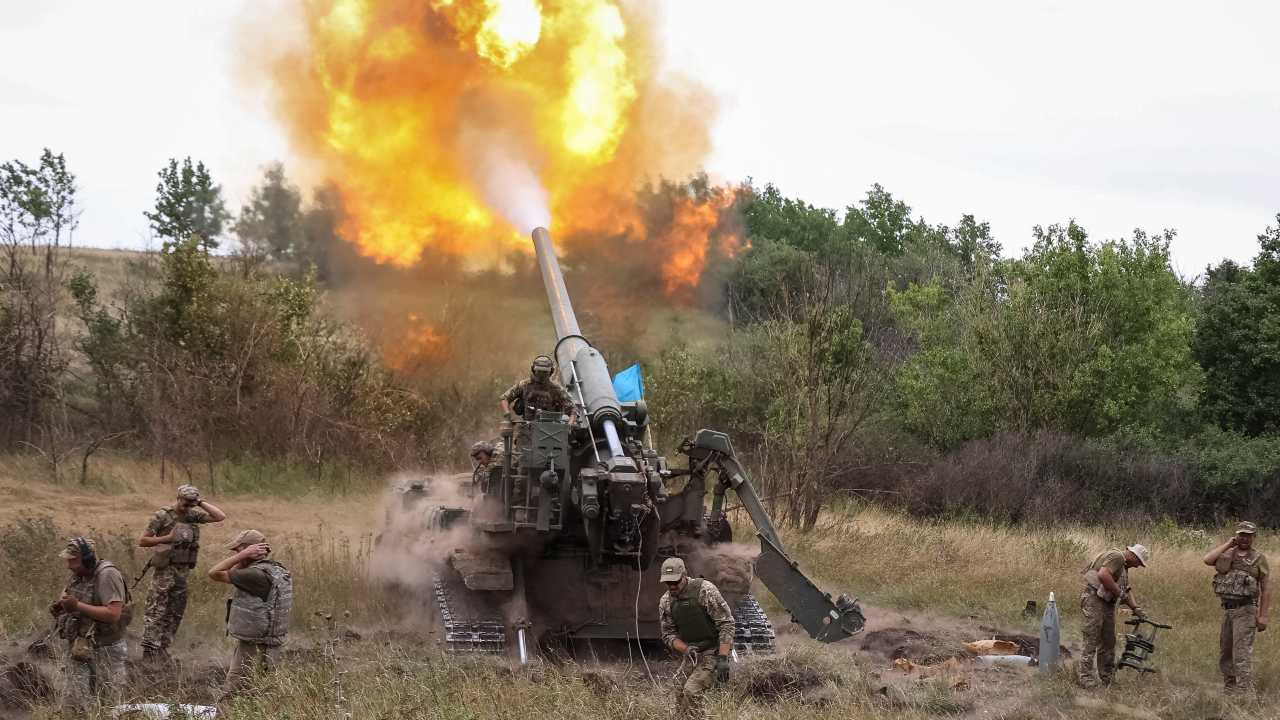 The bursts of fire were more likely trigger-happy Russian troops than advancing elements of the Ukraine Armed Forces (UAF), revealing a key detail of the military operation now underway —unlike Russia’s tactics of victory through destruction, Ukraine wants to take the city without leveling it.

“We want to avoid street warfare, because we don’t want to destroy the city,” UAF Major Roman Kovalyov, based north-east of Kherson province, told the Economist.

Kherson and its remaining citizens are luckier than most cities affected by Russia’s war, cities like Mariupol and Kharkiv, which have been the targets of months of indiscriminate shelling. The former city, now captured, was estimated to have suffered more than 20,000 dead.

It is hard to know exactly what is happening inside Kherson at the moment, other than the occasional video. There were more than 280,000 inhabitants before Russia’s all-out invasion, but that number is now much lower and its composition has changed — Russia has given empty and stolen apartments to loyalists and is banning the Ukrainian currency and use of the language in schools.

Over the past few weeks, Ukrainian forces have been slowly preparing for a counteroffensive so that they can eventually push the Russians entirely out of the country. That process begins to the north of Kherson, which is now probably the most important contested territory in Ukraine. The offensive began on August 29, and according to some (optimistic) assessments by the Ukrainian military, their forces can reclaim Kherson by September.

That would have a significant impact on the war. Current trends favor Ukraine. Over the past six months, the Ukrainian Ministry of Defense estimates that nearly 50,000 Russian soldiers have been killed, and billions of dollars of Russian military hardware have been destroyed (Western estimates put Russian dead at 20,000-plus.)

Russian morale is low, as an extraordinary August 31 story illustrated. At least three Russians died after drunken soldiers engaged in a close quarters gunfight with FSB troops. The surviving mutineer is being prosecuted for murder. Reports say ragtag battalions of mostly older men along with convicted criminals and some willing foreigners are being sent to the front, some with barely any training. While the backbone of the Russian regular army remains, albeit badly bloodied, this is a battle they cannot afford to lose.

Kherson is one of the few major metropolitan centers Russia has captured since the start of the war; its loss would bode very badly for Russian forces. It might also lead to political backlash back home, where the population is told that the operation is going to plan.

There is another motivator for the Ukrainians. Numerous reports have suggested the Russians aim to hold an illegal referendum in Kherson in September. During the illegal annexation of Crimea in 2014, the Russian Federation also held a rigged referendum. The falsified results claimed that the residents of the Crimean peninsula voted to reunify with Russia. Likewise, in February 2022, Russia announced that it had incorporated the Russian-occupied territories of Donbas. The Ukrainian military response is therefore a key element of its existential fight.

Yet this will be a deadly and costly process. Over the past few weeks, Ukrainian forces have been attacking four bridges near the city of Kherson in an attempt to restrict Russian movements in and out of the city (these attacks are now almost nightly and have made the infrastructure unusable for resupply convoys). As the Ukrainians continue to destroy other forms of infrastructure to the north of the River Dnipro and to the west of the River Inhulets, to trap the Russian troops, the aim is to separate these Russian forces from the rest of the Russian-occupied portions of Ukraine.

Ukrainian forces are also slowly encroaching on Kherson, thus making a southern siege more likely. To date, the Ukrainians have destroyed ammunition depots, command posts, and Russian strongholds in the south. While reinforcements have been observed, the quality of the new troops is unclear. By strategically weakening Russian positions, the Ukrainians are hopeful that this will “degrade Russian forces to such a degree that an attack can succeed.” This strategy would also limit the number of Ukrainian casualties. Thus, the ongoing advance on Kherson requires patience and precision.

Russia is certainly vulnerable. Earlier this month, a series of surprise attacks were launched on occupied Crimea, attacks which have been attributed in foreign reporting to partisan or special forces commandos working far behind the lines. Russian airfields and ammunition depots were destroyed (along with a significant number of navy combat aircraft), badly damaging its military capacity in the south. Despite its lack of a navy, Ukrainian forces have sunk several Russian naval vessels and its Black Sea flagship.

The recapture of Kherson would give the Ukrainians a strategic advantage on the Black Sea and in southern Ukraine. It would allow them to fortify positions near the critical port city of Odesa, and would put them within striking distance of Crimea. Should events unfold in Ukraine’s favor, it would then allow the Ukrainians to shift their focus to the eastern theater in the Donbas.

But first, they must take the city and its hinterland. That requires a continuing stream of weaponry, which in turn requires continuing support from the West. Unfortunately, military aid alone is not enough; the world should continue to provide financial, humanitarian, medical, and defense aid to Ukraine.

Ukraine has demonstrated that it is committed to winning this war, and will do whatever it takes to achieve this outcome. The democratic world has the power to help the Ukrainians win this war, to force the Russians out of their country, and to demonstrate that the West remains clear about its values and determined to uphold the rules-based order.