Russia openly states it is fighting a war against the West; that means the Kremlin must be beaten on Ukraine’s battlefields using advanced armaments. 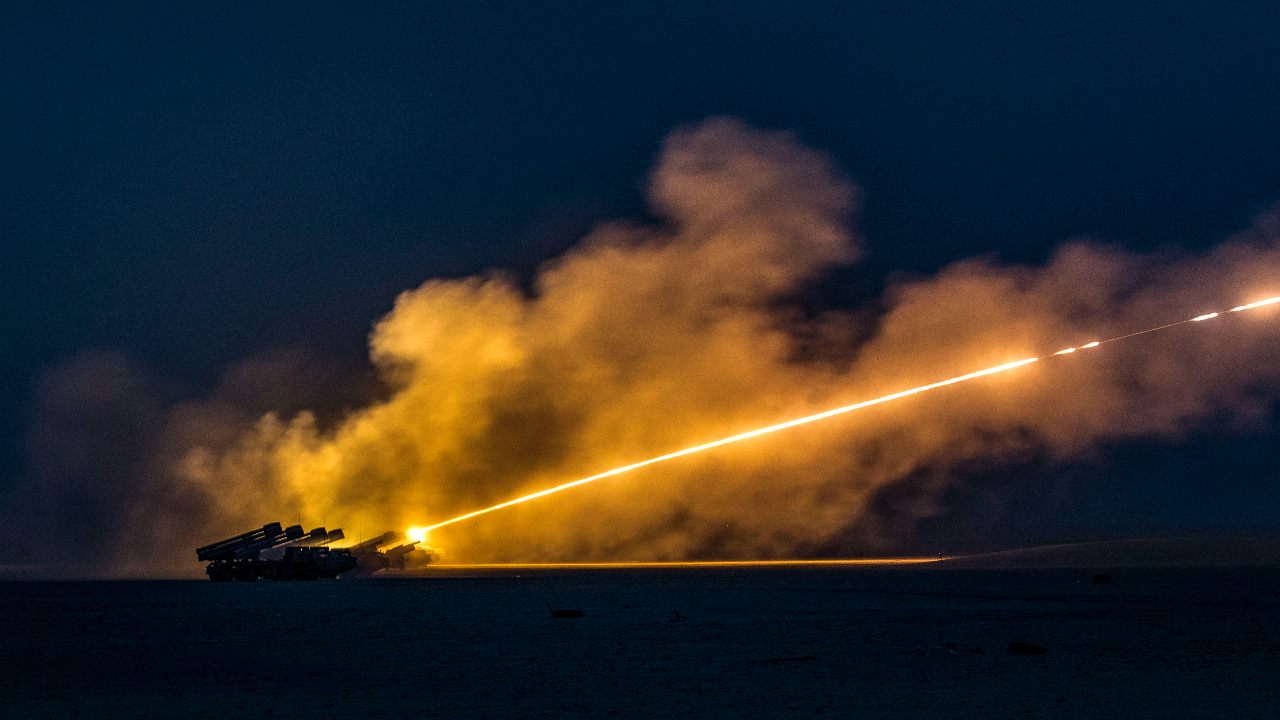 The ongoing missile and air strikes against Ukraine’s Black Sea port of Odesa, fitting as it does into the overall pattern of malignant Russian behavior in Ukraine, should teach observers, especially those still clamoring for a negotiated settlement, some harsh but necessary lessons.

First, it should remind us that the Kremlin does not keep its agreements with Ukraine, or anyone else and that therefore a negotiated end to this war is inconceivable. Indeed, Russia’s objectives and behavior, exhibited in word and deed, aim at the complete destruction of Ukraine as a state and society, i.e. genocide, as defined in the original United Nations resolution of 1948.

Second, the Kremlin remains determined to block Ukrainian grain exports while evading sanctions on its own grain shipments, including stolen Ukrainian grain.

Third, at the same time, it has convinced itself — without evidence — that Harpoon anti-ship missiles are stored in or near Odessa. Since those weapons could break the blockade, Russia, by its recent attacks aims to diminish Ukraine’s stock to preserve both its monopoly in the Black Sea and its illegal blockade of Ukraine in those waters.

If a negotiated settlement to a genocidal war remains inconceivable, this war can only be brought to a conclusion through a clash of arms. Moreover, Russia, the genocidal power, cannot, therefore, be allowed to prevail and must be decisively defeated. Part of that defeat will also entail breaking the blockade of the Black Sea. And if NATO is unwilling to do so, it should give Ukraine the tools to do the job.

One set of these tools is the air power to strike at Russian naval and ground platforms so as to bring the war home to them, making clear that they cannot continue to strike Ukrainian targets at will and with impunity. This means giving Ukraine airplanes and strike weapons like the Army Tactical Missile Systems (ATACMS) with a range of 300km (186 miles) that could strike not just Russian-occupied territory but Russia proper.

The USAF is already considering transferring retired F-15, F-16, and A-10 planes and drones to Ukraine, along with pilot training although no decision has been made. Similar plans were discussed earlier and rejected.

But today there are only two arguments against providing these weapons. One is the specious argument that it will take too much time to train Ukrainian pilots and ground crews in the use and management of these platforms. The course of the war to date and especially the employment of the HIMARS system has already disproven that canard.

The second argument is that by providing planes and systems like the ATACMS we are somehow provoking Russia and escalating the war in a way that will lead to a nuclear or global war, involving not just Russia but also NATO and the US. While we should avoid provocations that would engender such outcomes; that does not mean we should simply let the Kremlin dictate the escalation trajectory of this war, as it has done hitherto. In the Korean War, Soviet air force pilots, wearing North Korean insignia, flew combat missions using MiG-15s against US pilots, but no escalation ensued. In fact, those missions were kept secret by both sides. In Vietnam, Russia provided MiG-21 planes and much of Vietnam’s formidable air defense. Yet there was no escalation. At much the same time, in the so called “war of attrition” between Israel and Egypt in 1969-70, Soviet pilots flew actual combat missions against Israel and Soviet crews manned deadly S-75 and S-125 SAM air defenses. Here too there was no escalation.

On that basis, it is unlikely that giving Ukraine retired US or NATO planes and ATACMS will provoke a major Russian escalation against NATO. However, what we can be sure of is that conceding control of escalation processes to Putin entails further escalation by Putin. As The Economist observed, Putin is all about escalation.

If anything, providing Ukraine with planes will enable it to strike at the blockade, provide air cover for Ukrainian ground forces, and strike at some of the terrestrial platforms from which Russia is now pulverizing its cities and countryside, while also conveying our determination to counter Putin’s control over escalation dynamics, and to give Ukraine the means by which it can actually win the war.

As noted, in this war there really is no substitute for victory; the life of the state of Ukraine, the Ukrainian people, and all of European security is at stake. The Kremlin may claim that the future of Russian civilization is at stake, but in fact, the only thing that is genuinely at stake for Russia is the continuation in power of Putin’s Mafia-like state where he and his confederates can rob the country blind and pose as the restorers of the Russian empire.

Thus, Ukraine is fighting America’s and Europe’s war. Russian spokesmen, e.g.  Sergei Karaganov, Director of the Council On Foreign and Defense Policy, frankly stated this: “We are at war with the West. The European security order is illegitimate”.

That statement, is, of course, a call for a permanent war with the West, which is what we face if Russia is not defeated. Given the nature of this genocidal war to date, is that really something we can live with?