Ukraine needs to rethink its cooperation with the Chinese government and stop compromising human rights principles for foreign investment. 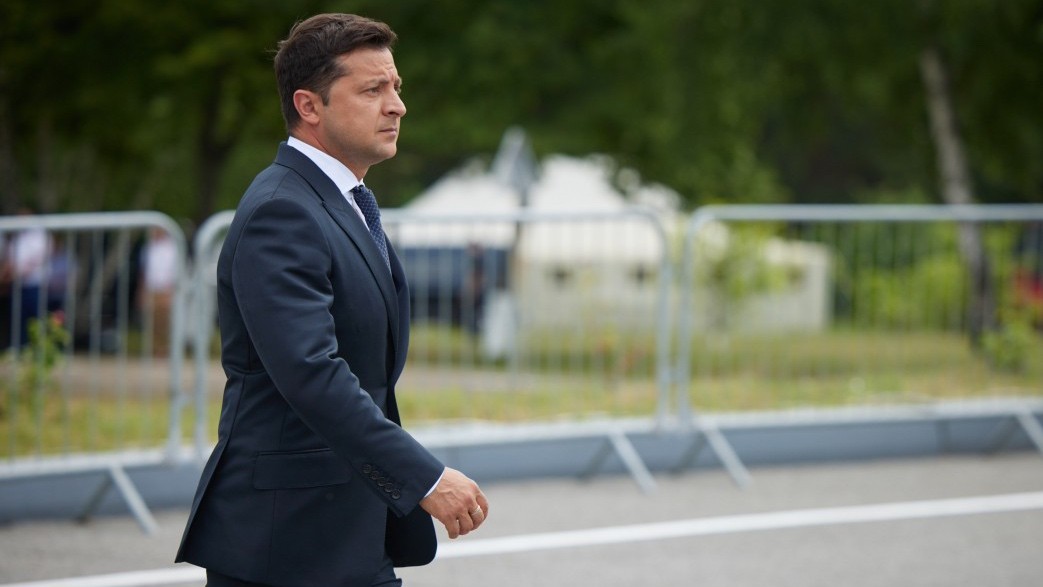 The Chinese Ministry of Commerce recently announced an investment deal with Ukraine to cover infrastructure projects. The agreement followed Ukraine’s decision to first sign and then withdraw from a joint statement at the United Nations (UN) Human Rights Council regarding the Uyghurs, the Muslim people of Xinjiang province who China’s communists dislike and persecute.

Since 2017, more than a million Uyghurs have been detained in “political education” camps, pretrial detention centers, and prisons, often facing torture, cultural and political indoctrination, and forced labor, Amnesty International reports. Women have been sterilized and most cultural expressions silenced.

This brutal campaign for “ethnic unity” is troublingly reminiscent of Soviet policies to exterminate Ukrainians in the 1930s through a man-made famine. Each year on the last Saturday in November, Ukrainians all over the world remember their victims and light a symbolic candle of remembrance.

The Holodomor (in Ukrainian: death through starvation) appears not to echo with Ukrainian government officials or, worse, the government in Kyiv decided to withdraw from the UN statement for reasons of political pragmatism following Chinese bullying. According to the Associated Press, China issued an ultimatum to Ukraine to pull back or face the cancellation of badly needed covid-19 vaccine shipments and the derailment of the investment agreement.

The timeline is fairly conclusive. On June 22, the UN statement was issued by 44 countries, including Ukraine. Three days later, the AP revealed the country’s withdrawal and five days after that the joint Ukraine-China statement on infrastructure was signed.

China used the tools at hand to increase Ukraine’s pain. The vaccine deal allowed the shipment of 500,000 doses of Chinese Sinovac and Biotech’s CoronaVac vaccines, while the intergovernmental infrastructure agreement was designed to help fund badly needed projects. According to the deal, Ukraine will receive“funding on preferential terms from the Government of the People’s Republic of China.”

Infrastructure is important to many Ukrainians. For years, authorities have allegedly been stealing from the national budget instead of investing in railways, airports, ports, and communications. President Volodymyr Zelensky has made a priority of building roads and railways and hopes to reap the political rewards. According to a recent poll by the International Republican Institute, only 38% of Ukrainians approve of his job performance. This is a steady decline from 49% in September and  67% in June 2019.

Another challenge that the administration tries to solve through cooperation with China is low levels of foreign direct investment. Despite Zelensky’s efforts, foreign investors often cite corruption in the judiciary, poor infrastructure, powerful vested interests, and weak protection of property rights as some of the major obstacles to doing business. Meanwhile, Ukrainian businesses damage their reputation by crooked behavior towards foreign capital. In one common scenario, a Ukrainian company transfers its assets to a newly created company and then files for bankruptcy in court. Sometimes through a deal with a judge, the court declares the firm bankrupt, which clears its debts. As a result of the manipulation, the company has no money, and investors are left with nothing.

While there is a growing concern in Europe and the United States about the economic and security influence of the Chinese government, Ukraine’s government can take a more relaxed view, at least in terms of cold political calculation. China and its regime have a reasonably good reputation in Ukraine. According to the latest poll by Pew Research Center, 14% of respondents have an unfavorable view of China while 57% held a positive view.

Speaking to President Xi Jinping on July 13, Zelensky said Ukraine could become a “bridge to Europe” for Chinese business, adding that his country was interested in exporting more agricultural products to China. Zelensky confirmed Ukraine’s position supporting the unity of China — code for the Chinese government’s expansive territorial agenda — while Xi said China supported the sovereignty and territorial integrity of Ukraine.

As attractive as these investments might sound, the Chinese record includes underdelivered promises, poor implementation, political debts, and environmental damage. Western Balkan states, such as Montenegro with its Bar-Boljare Highway, Sri Lanka, and Pakistan are only a few examples of developing countries finding themselves over-indebted to the Chinese government and paying a high political price.

Trade between the two countries is also revealing. China not only runs a huge surplus with Ukraine (exports of $7.4bn compared with Ukrainian exports of less than $4bn in 2019), the imbalance is worsened by the types of goods traded – China sends high-tech finished goods, while Ukraine exports natural resources like iron ore and corn. This is very far from a relationship of equals.

Ukraine must rethink its China policy, distance itself from the regime in Beijing, and recommit to the values of democracy, the rule of law, and human rights. Strengthening ties with the Chinese authorities will certainly contribute to the deterioration of relations with the European Union and the United States, Ukraine’s main strategic partners, who will look askance at the developing relationship with an increasingly muscular dictatorship.

Cleaning up corruption at all levels will attract sustainable foreign investment from reliable partners in the West. Chinese government’s cheap money is too expensive for a country with political independence and European integration as its goals.