Ukrainians have much to mourn after fighting for six months against a brutal neighbor, and yet their future looks increasingly bright. 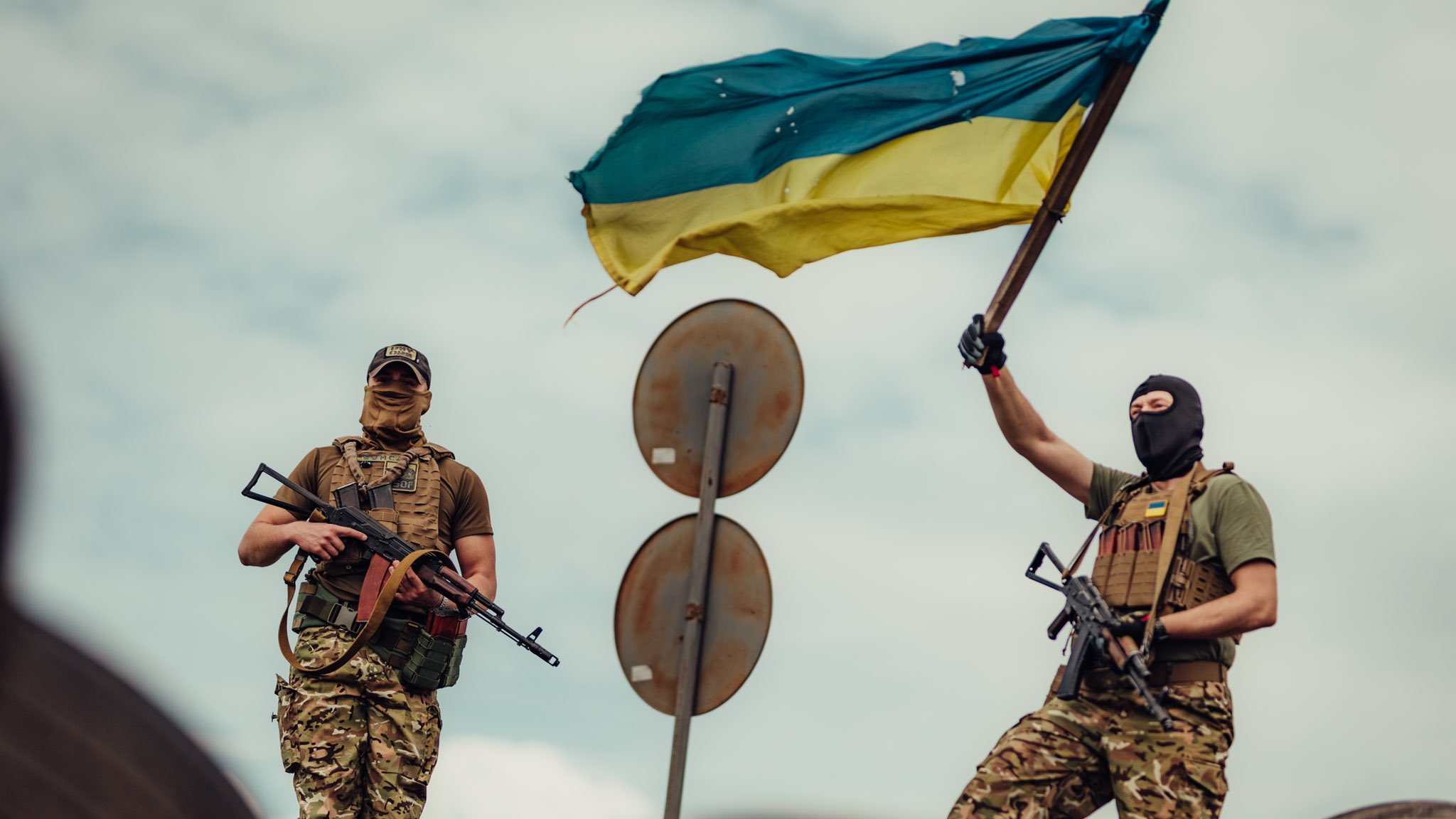 The war in Ukraine crossed its half-year point on August 24, which coincidentally is Ukrainian National Day. While the conflict represents a national struggle for survival (Russian officials openly question its future existence), the outlook is far from bleak. With the southern offensive now underway and making some progress against Russian forces north and west of the Dnipro river, one can also argue that Ukraine continues to score important political victories that position it well for the duration of the conflict. If Clausewitz’s famous dictum that war is the continuation of politics by other means holds true, Ukraine’s dogged resistance has already changed Europe’s political landscape.

While the commitment of the Ukrainian nation to defend its sovereign territory has been exemplary, Russia still occupies about 20% of its land. Still, the current Ukrainian approach of steadily degrading the Russian military plays in its favor, for there can be no doubt that public determination in Ukraine to fight remains high. The latest polling suggests that 90% of the public is opposed to making a deal with Russia that would result in territorial losses.

Thus far, the war has gone through two distinct phases. The first, in which the Russians tried to pursue a blitzkrieg to seize the capital and destroy the political center of Ukraine, failed spectacularly. The second, mainly in Donbas, has seen a return to the “Soviet way of war,” with Russian forces relying predominantly on long range artillery and missiles to destroy everything in their path.

This phase is not yet over, but all indications suggest it has slowed down considerably, probably indicative of the progressive exhaustion of the Russian forces. It is also forcing Putin into policy choices he has thus far avoided, i.e., whether to mobilize the population for the war, including drafting men from major urban centers like Moscow and St. Petersburg (the Russian military has thus far been content to use troops drawn from poor ethnic minority areas, like Buryatia.) Doing so would require him to abandon the fiction that Russia is merely engaged in a “special operation.” It would also amount to a tacit admission that regardless of slow territorial gains in Ukraine, his entire political narrative about a “special military operation” in Ukraine was a fraud, and that Russia is at war.

Over the past six months, Ukraine has been able to score a significant political victory by securing strong US support for its military as the conflict has unfolded. The flow of Western equipment, especially 155mm artillery, and the HIMARS artillery system, has allowed it to disrupt Russian logistics in the south and widen the front by hitting Crimea through behind-the-lines operations, thereby forcing the Russian army to defend wider areas. Increasingly, Russian forces have felt the impact of Ukrainian strikes in the Kherson region and in Zaporizhzhia, where government forces have hit Russian logistical chains, ammo dumps, and weapons storage depots, making the task of supporting the Russian forces increasingly difficult. This has significantly degraded Russian military capabilities, for as the saying goes, “every army runs on logistics.”

Notwithstanding the at-times shaky support for Ukraine by Western European governments, time is working against the Russian policy elite where there is a growing realization that the country will have to reduce its expectations and policy objectives in this conflict. The support Ukraine has received, especially from the United States, the United Kingdom, Poland, and the Baltic States, is significant enough to make the notion of a Ukrainian surrender simply a non-starter. Too much Western, especially American, prestige has been invested in supporting Ukraine to allow for a sudden “freezing” of the conflict or a negotiated deal that would allow Russia to keep its current gains.

It is difficult to predict at this point how the war will end, and to what extent the blunting of Putin’s invasion will impact Russian domestic politics. But one thing is clear already: Putin’s drive to rebuild the Russian empire has backfired. It has unified NATO politically, inducing Finland and Sweden to apply for alliance membership, and strengthened bonds between Ukraine and the NATO flank countries, laying foundations for a reconfiguration of the entire Baltic-to-Black Sea region. Most importantly, it has shifted Ukraine closer to the West than at any time prior to the war. Admittedly, bringing Ukraine into the European Union (EU) will take years, and it is unlikely that the proposal by former NATO Secretary General Anders Fogh Rasmussen to bring both Ukraine and Georgia into the alliance will be implemented anytime soon.

Ukraine’s fearsome resistance has won admiration in Western democracies and so far at least, Putin’s hope that gas shutdowns and fast-rising inflation would undermine support has proved unfounded. Furthermore, the brutality of Putin’s attack has consolidated the Ukrainian national identity, sowing the seeds of unyielding opposition to Russia and ensuring that for generations the idea that Ukraine will re-enter the Russian empire is a fantasy. This sea-change has laid the foundations of Ukraine’s victory in this war, notwithstanding how the battlefield shifts in the coming months and what the final settlement looks like. Regardless of how this current engagement unfolds, Ukraine has already defied expectations as well as most analytical assessments.

Chels Michta is a Non-resident Fellow with the Democratic Resilience Program at the Center for European Policy Analysis (CEPA). Chels is a former CEPA Title VIII Fellow and is currently a Military Intelligence officer serving in the US Army.

The opinions expressed here are those of the author and do not reflect the official policy or position of the U.S. Department of Defense, or the U.S. government.