The frontline city of Mykolaiv has seen only 20 days without attacks since Russia’s all-out invasion. The city needs blood and the citizens have responded. 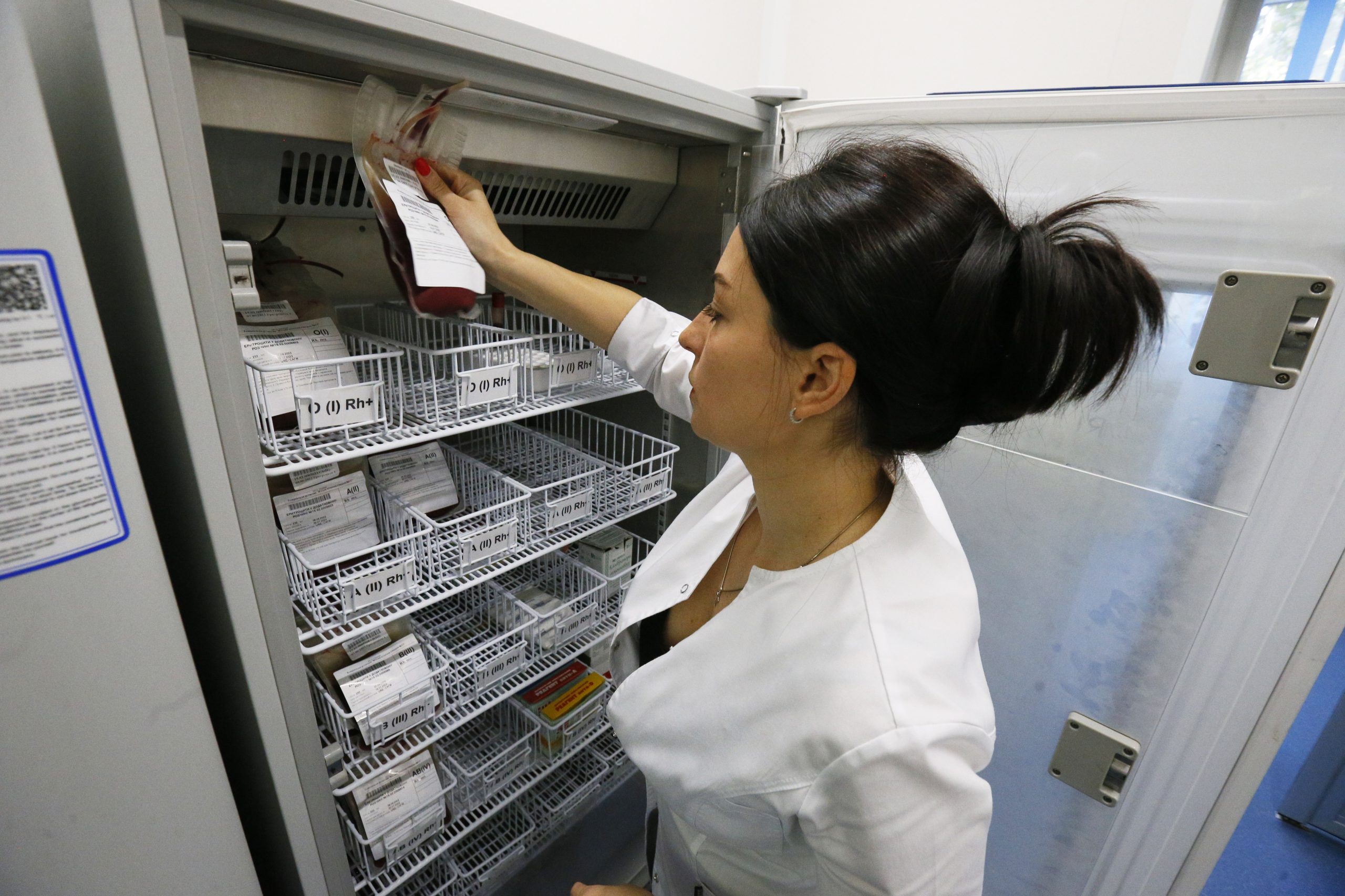 Every night Mykolaiv, 36 miles northwest of Kherson, suffers strikes from a wide variety of Russian weaponry. At first, the outskirts were a target for the Russian military, but the center is now regularly attacked.

“We are starting to get used to it, and that’s scary,” said Victoria Pereverzieva, a deputy of Mykolaiv City Council who works as a coordinator for the transportation network. She also oversees evacuations from the city, home to half a million people before the invasion.

Some villages near Mykolaiv now exist only in name, she says. There are demolished homes and deserted farms, and almost no sign of people. The few who remain often do so only because they cannot afford to leave.

In the city, the inhabitants regularly fall victim to volleys of Russian rockets indiscriminately fired into civilian areas. The careless nature of such attacks, where the same place is often struck twice, means residents cannot always rely on the “two walls” rule – the idea that the first wall takes the impact and the second stops the shrapnel. There is little to no warning of incoming missiles — the sirens often sound only after three or four rockets have landed.

While those wounded are mostly transferred north to Kropyvnytskyi or west to Odesa, Mykolaiv’s doctors haven’t stopped reminding anyone who’ll listen that they need enough blood in stock for civilians as well as soldiers from the front.

Victoria became a blood donor for the first time in early April. “I felt at that moment I was healthy and physically capable of being a donor,” she said. “My colleagues made the same decisions for themselves.” The blood banks swiftly adapted for all-day working to deal with the long lines of willing volunteers. They still do.

According to Iryna Slavinska, founder of Donor.UA, approximately 24,000 donors registered to give their blood in the first four days of the full-scale invasion. “In the first three months, we broadened our donor network from 50,000 to 100,000 people.”

Everyone in Ukraine remembers when the first mass blood collection was announced, with snaking queues forming within hours all over the country. People in Mykolaiv particularly remember seeing those in Odesa, two hours drive to the west. Becoming a donor is not just seen as a social action, but as a moral obligation and an act of courage and solidarity.

It’s not too hard to meet the criteria to give blood, and those fit to do so vary in age and occupation. Young people and students constitute a big percentage.

Nastia, a university student from Odesa, began to donate long before the war, giving blood and platelets for a little boy with leukemia. After February’s full-scale invasion, she simply continued doing what seemed proper and useful. “It really recharges me,” she said, adding that one donation can save three lives.

“The first boy was forced by the war to move abroad,” she said. “There, he died. I knew his family, it felt like we were really close.”

Blood collection has been getting increasingly efficient as the war has gone on. In Mykolaiv, there is a network of transfusion facilities and some mobile stations, though these have been used sparingly to avoid putting doctors and donors in the firing line of Russian attacks. The Red Cross is very careful with blood collection, preferring to go to safer cities for donations.

But wherever Ukrainians are asked, they come forward. The need for thousands upon thousands of liters of blood after February 24 allowed many citizens to do something tangible, useful and profound.

Back then, there was less urgency for blood, and this activity was simply useful. But since the counteroffensives began in August, there’s a shortage. Offensive warfare means higher casualties, so the need will only grow, especially in frontline cities. Meanwhile, increasing Russian attacks on civilian areas mean the frontline is everywhere.

Many more battles will be fought, and victories won, and many more will suffer and will require transfusions. The Ukrainian nation is now literally united by blood.