Ukraine as a Black Sea Power

Kremlin Military Pressure Fortifies Ukraine’s Strategic Vision Lately international attention has focused on Ukraine’s macroeconomic and banking reform controversies. But elsewhere, progress is promising and much underrated. Russia’s land war in Donbas and menacing maneuvers in the Black and Azov Seas could catalyze Ukraine’s nascent military vision. The developing concept is gaining traction within the […] 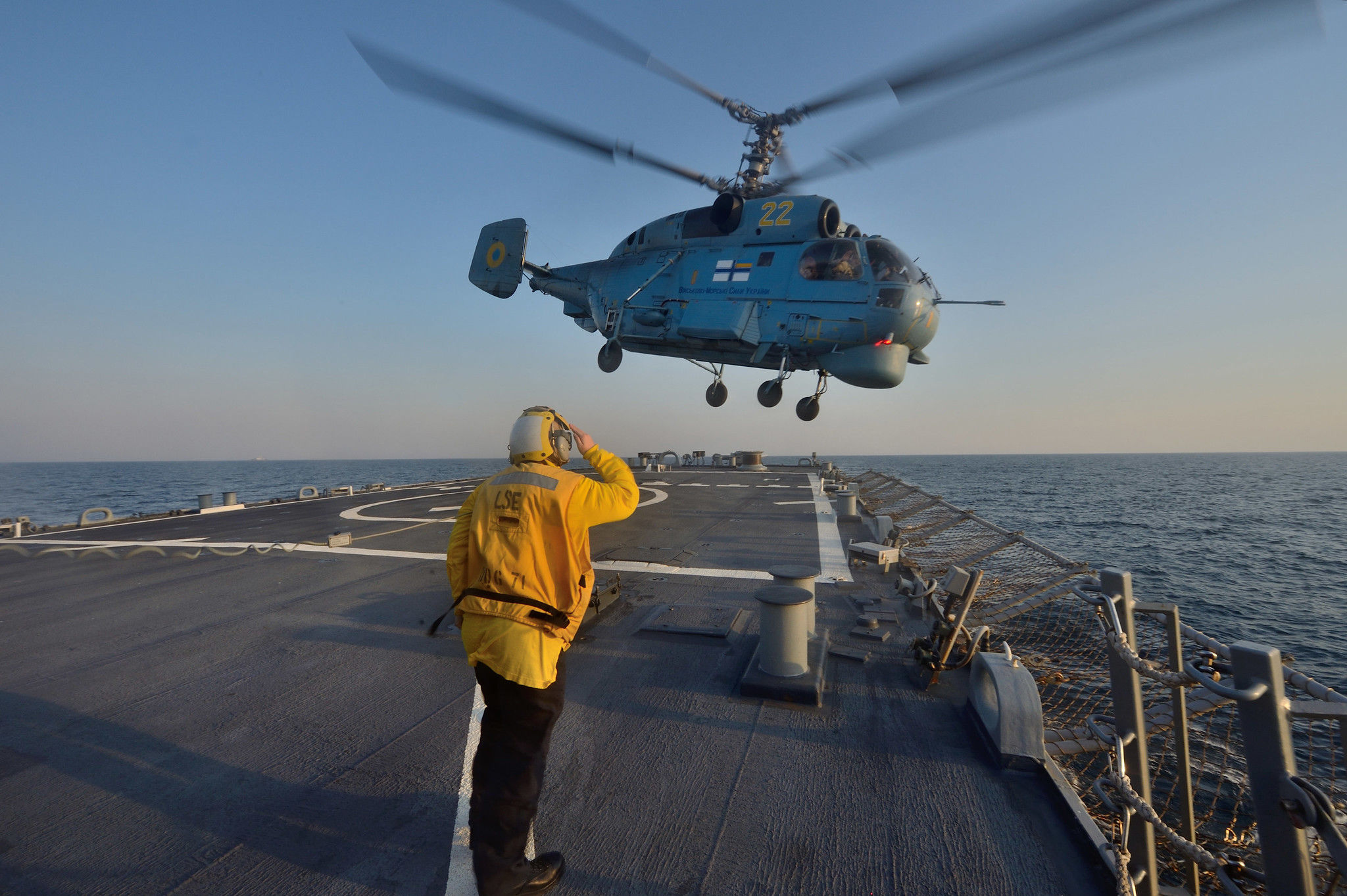 Lately international attention has focused on Ukraine’s macroeconomic and banking reform controversies. But elsewhere, progress is promising and much underrated. Russia’s land war in Donbas and menacing maneuvers in the Black and Azov Seas could catalyze Ukraine’s nascent military vision. The developing concept is gaining traction within the country’s political elite — adding a much needed strategic momentum absent from most of Ukraine’s post-Soviet history. Military reforms and new naval strategy are underway, while public-private partnerships with foreign countries are developing.

Drone production is one example. Before 2014 the Ukrainian army did not have a single modern UAV. Six years into the war, the country now operates the privately built PD-1 with a 10-foot wingspan and some 18-mile flight distance. Another example is the BpAK-MP-1 system, which consists of portable control modules and a light UAV capable of carrying a three-pound payload. Foreign cooperation flourishes, as well. In 2019 Baykar Makina, a privately owned Turkish drone maker, won a $69 million contract to sell six Bayraktar TB2 UAVs to Ukraine.

Another promising trend is the modernization of armored forces. Ukraine is ditching its T-84 and T-80 tanks, which are unsuitable for low-intensity urban warfare. The upcoming acquisition of the BMP-1UMD (a Soviet platform with digitized controls, a German-made engine, and revamped armaments) will be a better choice, increasing the army’s maneuverability on the ground in Donbas.

The choice of Berdyansk on the Azov Sea for a new naval base is important too. Relocating naval forces from Mykolaiv will help shield civil and military navigation through the Kerch Strait into the Azov Sea. But Kyiv’s nascent naval strategy goes much beyond the Kerch choke point as the country’s large Black Sea coast remains vulnerable. To secure trade routes with the Mediterranean the establishment and expansion of naval bases in Ochakiv and Odesa has been taking place since last year.

More broadly, Ukraine’s military vision benefits from regional geopolitics. Despite overlapping interests with Russia, Turkey has an opposing vision on the Black Sea, in the South Caucasus, and elsewhere, which is likely to strengthen bilateral military and military-industrial ties with Ukraine. In February, Turkey announced $33m in military aid and signed a framework agreement on defense sector cooperation. Both sides also discussed Ukraine’s potential participation in joint naval exercises in Black Sea. As the drone case shows, bilateral defense-industrial ties are burgeoning too. We might thus talk about Turkey’s long-term interest in strengthening Ukraine’s position.

Much remains to be done. Western involvement will be crucial, in particular leveraging Ukraine’s defense-industrial capacity once it meets NATO standards. So far the West has lacked a strategy and political will to do so. Another hurdle is willingness in the U.S. to supply lethal arms to Ukraine.