UK Drives Bumpy Tech Road Between EU and US

Britain wants to be a tech powerhouse, nimbler and less regulated than Europe but with stronger antitrust action than in the US. 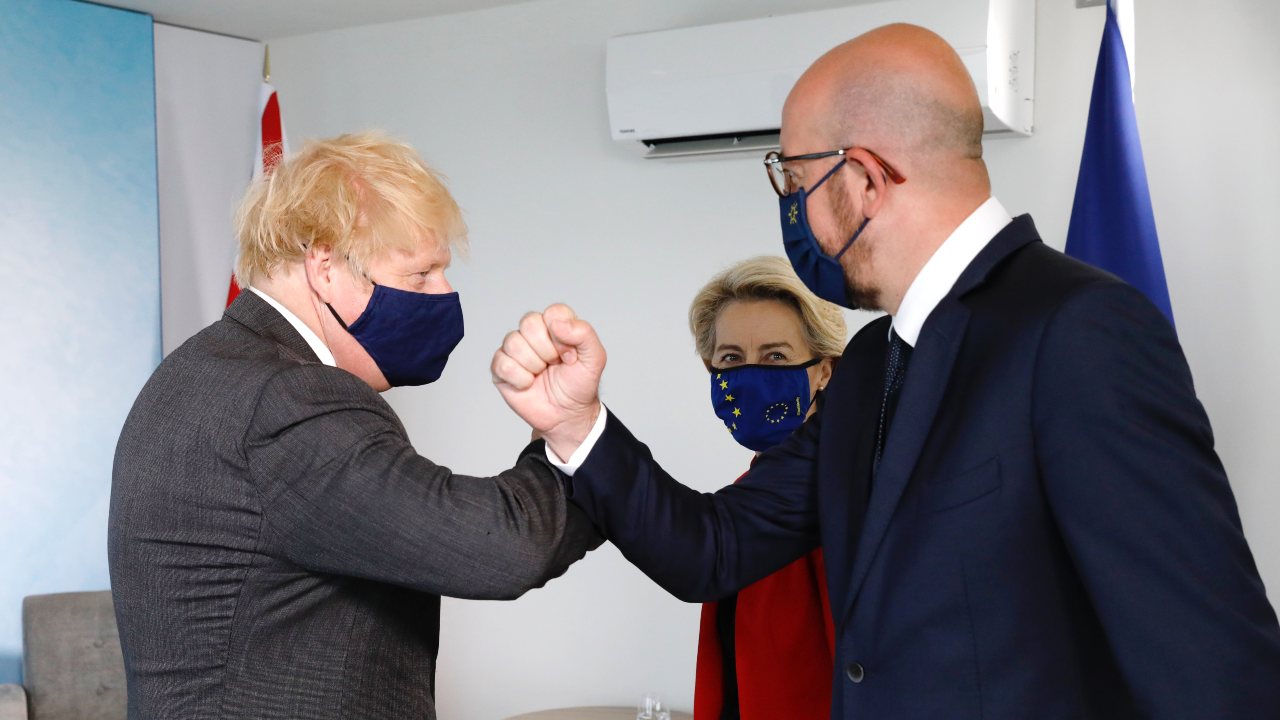 More than half a decade from its decision to leave the European Union (EU), the British economy faces daunting challenges: supply shortages, high inflation, and export barriers. Science and technology will be critical to its future success, and the country faces tough global competition. China is increasing its technological might, the US is passing a $280 billion semiconductor bill, and India has become third in terms of unicorns.

Under Prime Minister Boris Johnson, London made positive noises about becoming a “science superpower” and “pro-growth and innovation-friendly.” Artificial intelligence, digital, and data strategies were launched, but are little more than plans, and a new Advanced Research and Innovation Agency was launched.

Yet, despite the promise of Brexit to free the tech sector, little concrete has been delivered on the policy side. In June, the government proposed to loosen its inherited European GDPR-style data privacy protection regulations. The goal was a “clampdown on bureaucracy, red tape, and pointless paperwork.” But if approved, the move threatens the transfer of data between the UK and EU.  In a globalized world, unilateral action can mean more red tape – a data economy version of the queues at Dover.

Even though the UK was once world-leading in tech policy, it’s now fallen behind. Government inaction has stalled competition regulation of Big Tech through a new Digital Markets Unit. A proposed Online Safety Bill would make companies responsible for taking down harmful or illegal content on their platforms, as well as giving users the power to block certain content.  It has been compared to the EU Digital Services Act (requiring big tech companies to police their platforms) and the EU Digital Markets Act (reining in online ‘gatekeepers’). But the Online Safety Bill has been delayed until autumn and maybe even scrapped altogether, depending on the legislative priorities of the next Prime Minister.

Johnson’s successor will find it hard to chart a middle road. Neither of the two candidates, Rishi Sunak or Liz Truss, has made tech a priority. As Foreign Secretary, Truss supported regulations to protect against malign actors. Although Sunak’s father-in-law, Narayana Murthy, founded an Indian IT services giant and has historically supported innovation and AI, he also recently promised to reign in tech giants.

In many digital areas, the EU has attempted to position itself as a standard setter. In addition to the DMA and DSA, consider crypto. The recent Markets in Crypt-Assets (MiCA) aims to put “order in the Wild West of crypto assets,” says the European parliamentarian Stefan Berger. Through data-localization efforts and European cloud infrastructure, the bloc has also sought to take a more “sovereign” approach in many areas. All in all, the EU favors regulation over innovation.

These priorities put the EU at odds with the UK. They push London closer to the US, which is still at the forefront of much of our technological frontier. Although there have been some shifts under the current administration, including the appointment of Lina Khan at the Federal Trade Commission, who has been a vocal critic of Big Tech, Washington remains focused on avoiding bans on pro-competitive behavior.

The UK needs a far sharper sense of what sovereignty means in a modern, interconnected, world and how it balances the need to be open and innovative, rather than getting wrapped into a nationalistic position. A big test of this will be the country’s AI plans. Given some of the country’s world-class expertise – Google’s cutting-edge AI division DeepMind is headquartered here – it is an area where the UK can be innovative and a safe testbed for new AI applications.

The UK should be thinking about how to build a trusted environment in which companies, institutions, and talent, whether in health, biotech, and clean tech, can thrive. This means investing in large-scale computing power and, rather than focusing simply on data for transparency, treating data as a competitive asset and building high-value public data sets, such as the UK Biobank, which researchers and companies can tap. In contrast, the EU is moving ahead with a controversial Data Act that would take data from big players and force it to be given away for free.

The UK needs a new operating model. The country was in many ways always too capitalist for Europe and too social democrat for the US. But finding a middle path between these positions is not all it needs to do, given the increasing speed at which China and others are pushing forward. Unable to compete on the scale of these nations, whether in R&D and investment or people and markets, the UK needs to ensure it is agile, innovative and pursuing high-risk, high-reward research.

This new model for Britain is about how to build a 21st-century network state that is creating opportunities at home and tapping into ideas and innovations abroad. None of the visions of Brexit have yet to be realized and as it stands, the nation is continuing to stagnant and fall behind. Revitalizing the nation with science and technology is central to its plans. Sadly, right now, there are few signs that this will happen.

Benedict Macon-Cooney is Deputy Executive Director of Technology and Public Policy at the Tony Blair Institute.