U.S. Bulgaria Sanctions — a Warning Shot Across the EU’s Backyard

Until now, the U.S. had done little to combat the growing consolidation of power among corrupt oligarchs in EU nations 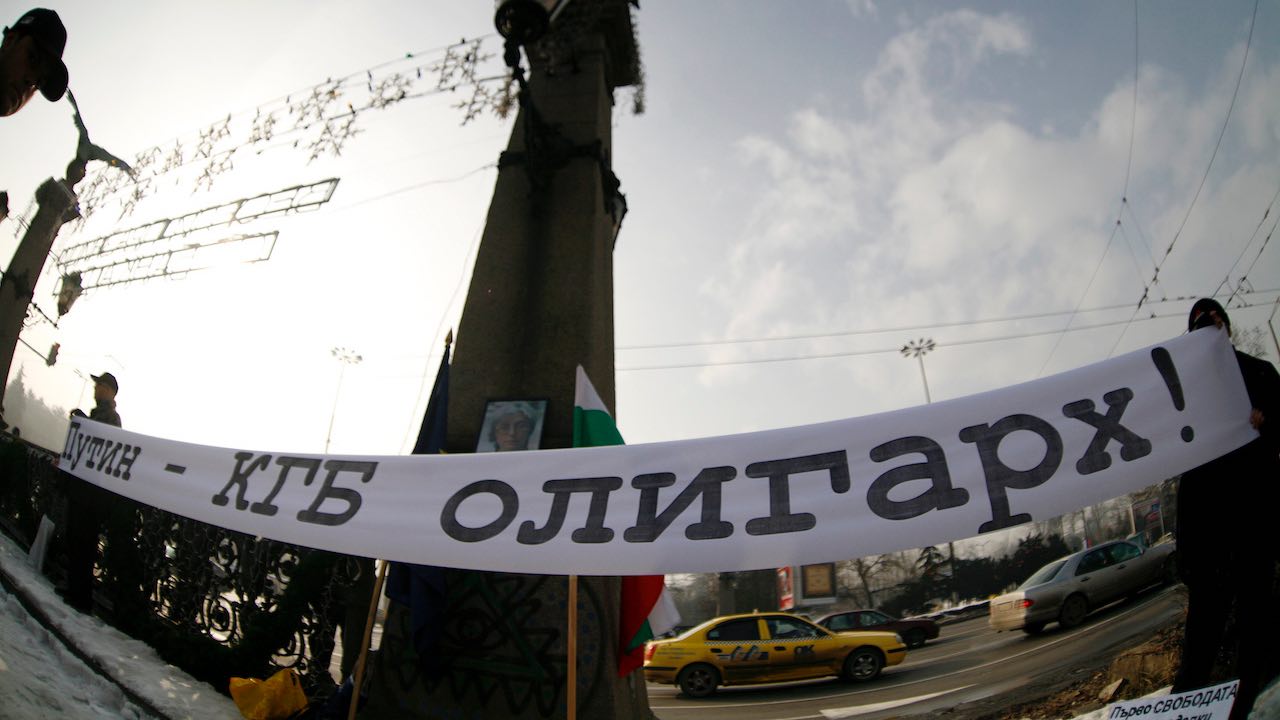 Sanctions have become such a familiar means of expressing U.S. disapproval that some are barely noticed. Yet the recent measures imposed against three leading Bulgarian oligarchs and 64 linked entities for acts of corruption are loaded with significance.

Until now, the U.S. had done little to combat the growing consolidation of power among corrupt oligarchs in EU nations, largely leaving the bloc to patrol its own backyard. With the U.S. government now detailing the consequences for corrupt Bulgarian businessmen, it is reasonable to see these measures as a warning to Europe’s growing circle of wealthy miscreants that citizenship in a NATO or EU member state does not provide a free pass. While the sanctions can be seen as a warning shot, they may also motivate the EU to work more closely with the U.S. in identifying the meeting point between criminality and government. The recent EU-U.S. summit stressed the intention of both sides to “enhance cooperation on the use of sanctions to pursue shared foreign policy and security objectives,” as the joint press release stated.

Oligarchs across the EU have increasingly expanded their influence, with the purchase of private media outlets a primary target of their activities. Media consolidation is closely linked to increases in corruption, as media tycoons often help governments in return for favors.

The Biden administration has already signaled a heavier U.S. emphasis on combating global corruption as a core national security priority: “By effectively preventing and countering corruption and demonstrating the advantages of transparent and accountable governance, we can secure a critical advantage for the United States and other democracies,” the White House memorandum stated.

Administered via the 2016 Global Magnitsky Act, the targeted sanctions bar designated individuals from entering the U.S. or conducting business with U.S. entities, and will allow seizure of U.S. bank accounts and property. Until now, the legislation has been used mainly to target perpetrators of human rights abuses, although this recent action suggests the legislation’s secondary target of corruption may now take on a greater significance.

Why target Bulgaria’s businessmen? Much like Putin’s ex-security and intelligence cronies, the siloviki, Bulgaria’s oligarchy is closely linked to the communist-era security service. It amassed wealth and political influence in the 1990s in the power vacuum following communism’s demise. These individuals laid the groundwork for Bulgaria’s rampant corruption today; the country is often cited as a prime example of state capture, where influence peddling, embezzlement, and violations of public procurement procedures are commonplace.

Although Bulgaria’s accession to the EU in 2007 was contingent on addressing rampant public graft, membership instead incentivized a further consolidation of power among the new mafias. As Bulgarian economist Simeon Djankov explained, the influx of “EU funds actually increased corruption and state capture. In particular, these were used to buy, either directly or through procured projects, much of the media and thus provide a cover for politicians.” Indeed, the European Parliament last year issued a damning charge sheet detailing Bulgaria’s democratic failings which ran to more than 5,500 words, and took aim at deficiencies on every level of the state.

The report highlighted Bulgaria’s democratic shortcomings, arguing that the nation has witnessed, “a significant deterioration in respect for the principles of rule of law, democracy and fundamental rights, including the independence of the judiciary, separation of powers, the fight against corruption and freedom of the media.”

It is fair to note that Bulgaria is far from alone; corrupt oligarchs abound throughout Central and Eastern Europe (CEE). Once judged by Transparency International as the most corrupt country in the EU, Bulgaria tied with Hungary and Romania for this unwanted title in 2020. Throughout the region, high-level officials too often abuse their positions to misdirect EU funds for personal use. Numerous reports document how EU agricultural subsidies in Bulgaria, the Czech Republic, Hungary, Slovakia, and Romania have been channeled to the well-connected. Across the bloc, corruption is believed to cost the EU nearly 6.3% of GDP.

Public graft is also linked to declining media freedom in CEE. When journalist watchdogs are muzzled, or working for the criminal elite, they can’t bark or bite.

Among the sanctioned Bulgarian trio is the media tycoon and former politician Delyan Peevski, who, according to the U.S. Treasury’s press release, used his media empire to provide politicians “with political support and positive media coverage in return for receiving protection from criminal investigations.” Peevski is closely tied to former Prime Minister Boyko Borisov’s GERB party, and has often used his media holdings to paint the party in a positive light. For instance, Peevski’s channels sought to portray 2020’s widespread anti-corruption protests as violent endeavors geared towards undermining Bulgaria’s legitimate government.

This media mogul has overseen significant elements of the country’s outlets at a time when press freedom has plunged: over the past decade, Bulgaria’s media freedom ranking dropped from 70 to 112 out of 180 countries, according to Reporters Without Borders. The watchdog estimated that in 2018, Peevski controlled roughly 80% of print media distribution in Bulgaria.

As with corruption, Bulgaria is far from alone in terms of increasing media consolidation. In Hungary and the Czech Republic, oligarchs similarly wield extensive influence over the nations’ media. According to Marius Dragomir, Director of Budapest’s Center for Media, Data and Society, Hungary serves as “a classic case of media capture,” where roughly 90% of all media is owned by the state and pro-government oligarchs. In the Czech Republic, Prime Minister Andrej Babiš himself owns many private media outlets. As Marius Dragomir explains: “You always had politicians or political parties connected with companies buying media, but you never had a prime minister in office controlling the media directly through his companies.”

“Attacks on democratic institutions are spreading faster than ever in Europe and Eurasia and coalescing into a challenge to democracy itself,” according to Zselyke Csaky, author of Freedom House’s 2021 Nations in Transit report. These trends underscore that no nation is immune from democratic-backsliding, and conversely, no one should be exempt from retribution for the public graft chipping away at Europe’s democracies. The U.S. has pledged to combat corruption “wherever it may be.” It must act on this pledge and continue to raise the pressure on Europe’s malign actors.