Twitter in a Time of War: Russia Sanctions Should Include Social Media

The United States and Europe have banned banks, energy companies, and others from trading with Russia. They should now take the logical next steps and ban Russian officials and oligarchs from Twitter, Facebook, and YouTube. 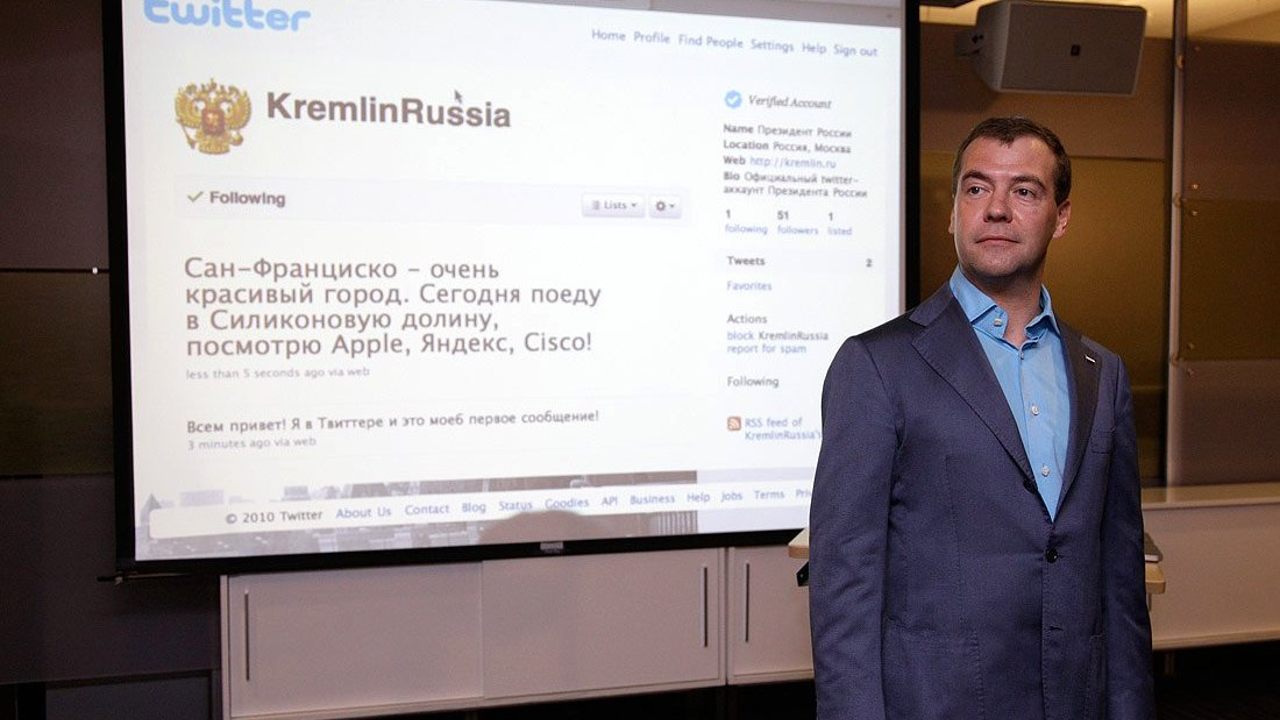 Showtime at the TTC: The EU and US Spar on Tech Liberty, Equality, Vanity Made in America, Made in France: Protectionism Threatens the Atlantic Tech Alliance US Gas Keeps the Eiffel Tower Lit Russia’s Imperial Farce Next Time a Missile Hits Poland… Ukraine’s War Against the Dark
Explore

Russian state media Sputnik and RT have been kicked off Western airwaves for spreading lies and disinformation about the invasion of Ukraine. Yet the Kremlin still uses Western media platforms such as Twitter, Telegram, Facebook, and Instagram to push its malicious propaganda.

Consider former President and Putin crony Dimitry Medvedev. He published his letter threatening Poland on his verified Twitter account. The Russian Ministry of Foreign Affairs and various embassy Twitter accounts continue tweeting about “demilitarisation” and “denazification” to justify the invasion of Ukraine. The ministry also spreads false rhetoric of alleged US involvement in chemical and biological weapons labs, including aims to “frame” Russia.

These tweets (above) justify and create an environment in which Russia can continue its illegal and violent invasion. Each of the verified accounts controlled by the Russian state retweet others, amplifying their malicious messages. They give an air of credibility to unacceptable false claims and are used as “evidence” by thousands of troll and puppet accounts.

Big Tech has taken steps to address this propaganda offensive. Meta shut a network on Facebook that was being used to push ‘fake news’ about the Russian invasion and has started to label posts that contain Russian falsehoods about Ukraine. Twitter took down a tweet from the Russian Embassy in London that included images suggesting that the bombing of the maternity hospital in Mauriopol had been faked. Twitter has begun to label accounts that are affiliated with the Russian government (as part of a general labeling system of all government accounts on its platform).

But platforms must do more. They should update their terms and conditions to disallow their misuse as tools of war. Most tech platforms ban incitement to violence. This fails to account for Russian violence in Ukraine. The understanding of what it means to incite violence must be broadened, to include the prevention of false claims justifying and laying the foundations for an illegal declaration of war and the consequent violent acts.

This challenge of dealing with dangerous government misinformation goes beyond Russia. During the Rwandan genocide, Radio RTML spread hatred and lies about Tutsis. The Myanmar military took to Facebook to incite attacks against the Rohingya minority. It is something that Western governments and Big Tech have yet to find a means to effectively address.

At the same time, let me be clear: Big Tech should not just close up shop in conflict zones. It must keep its services running in Russia, even as Moscow’s pressure mounts against them. In recent days, the Kremlin has slowed access to Twitter, banned Facebook, and increased fines on YouTube.

But the Kremlin has so far backed off from a complete shutdown of all non-Russian platforms. It’s crucial that WhatsApp and other messaging services such as Viber and Telegram do as much as possible to ensure access to independent information. YouTube is one of the few ways Russians can see foreign content without using VPN devices.

It would be preferable for the US and Europe to agree on common criteria for imposing information sanctions. Otherwise, companies risk being stuck between contradictory regulations. And companies should be encouraged to act based on their own terms and conditions, not just rely on instructions from either Washington or Brussels.

Information sanctions should be limited to wartime. They must not become a widespread tool to limit freedom of speech. Authoritarian governments must not be given an excuse for putting pressure on Big Tech to take down content it dislikes.

Joanna van der Merwe is a Fellow at the Center for European Policy Analysis (CEPA) and holds an MA from Leiden University. She has conducted research on digital technologies in warfare and in collaboration with the Land Warfare Centre of the Netherlands Ministry of Defense. She has also worked on early warning systems for mass atrocity and genocide at Harvard Humanitarian Initiative. She acts as an advisor to various military, humanitarian and governmental bodies.