Turkey and Russia want to establish a gas hub. Should the project be taken seriously, and what are the implications for Eastern Europe? 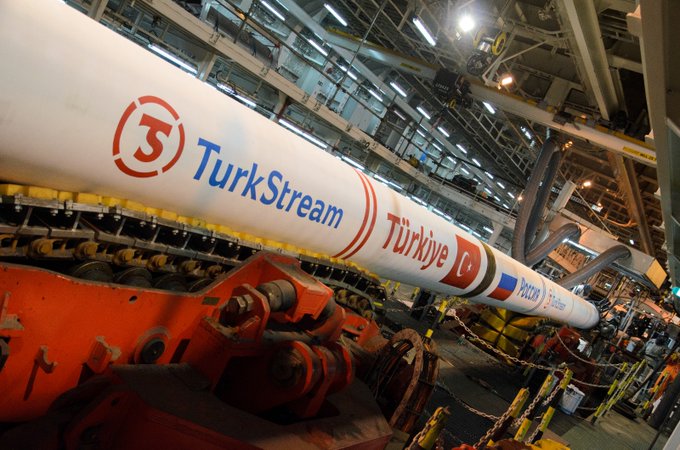 Turkey’s President Recep Tayyip Erdoğan did not waste the opportunity presented by a visit from Gazprom CEO Alexei Miller to ask for cheap gas when they met earlier in December. Nor did the Russians leave Turkey empty-handed.

The outline deal offered by the Turks was to establish a gas hub and so import more of Russia’s hard-currency-earning energy supplies in return for discounts.

And that is not just because overall Turkish gas demand has been falling (by 9% this year) and that this has mainly affected Russian pipeline imports, as documented by the regulator’s monthly reports. It is also because the idea of a hub does not sit comfortably for Turkey or Russia.

Such a facility, at least the sort developed in European countries, entails free trade, limited government intervention, transparency, and competition.

These are not characteristics of trade in either country, even though Turkey has been at pains to establish a traded market since 2000. Yet its efforts to introduce competition have not gone far beyond reducing the share of the incumbent, state-owned BOTAŞ energy company from full monopoly to 80%.

So what’s behind the agreement and should it be taken seriously?

To start with, Turkey needs cheap gas to rein in rampant inflation, officially quoted at 85%.

Its near-total dependence on fossil fuel imports has always been its Achilles’ heel, widening the current account deficit to unwieldy levels each time oil and gas prices soared.

With energy costs spiraling out of control globally in recent months, Turkey’s vulnerability is now even more conspicuous, and likely to hit living standards further ahead of elections in June.

In fact, 2023, the year when the Turkish Republic celebrates its centenary, is touted as a milestone for the domestic energy sector when the country expects to begin delivering gas from its own Black Sea fields to consumers.

Nevertheless, since the promise of reducing prices thanks to locally produced gas may not be fulfilled immediately, not least because of technical limitations, Russia may be able to save the day for Turkey’s government.

Unconfirmed reports suggest Turkey may have even asked for the deferral of payment on next year’s Russian gas imports to 2024, thereby postponing bill settlement beyond next year’s elections.

Such favors must be paid in kind, and establishing a Russian gas hub may be what Gazprom needs given that its total share of Europe’s gas imports fell from 40% in 2021 to 10% this year.

Russia, however, may not care so much about the Turkish gas market. BOTAŞ doubled its US LNG imports in the first nine months of 2022, while reducing Russian pipeline imports by 15% year on year.

The real prize may be in Russia’s borderlands, where preventing eastern European countries from escaping its grip, and blocking Ukraine and Moldova from securing gas via new routes is of overriding importance.

In recent months, countries which had been receiving Russian gas along the Trans-Balkan pipeline, a corridor historically linking Ukraine to the Balkans and Turkey via Moldova and Romania, have been using the network to source alternative supplies.

Since Russia diverted flows to its new TurkStream lines, the Trans-Balkan route has been idle, opening up an opportunity to import Caspian gas or liquefied natural gas (LNG) via Greek terminals.

This corridor provides a real chance for diversification and regional integration after years of Russian monopoly (and its predictable association with corrupt practices.)

A new Russian hub in Turkey, however, would not only shatter such efforts but further consolidate Gazprom’s regional position.

It is unlikely Gazprom will seek to sign more long-term supply contracts with European buyers since the European Union (EU) is pushing for the phaseout of Russian gas by 2030.

But, it could take advantage of Turkey’s vast LNG importing capacity to send more gas and then export them further along the Trans-Balkan route.

Since European companies would be reluctant to buy Russian gas, fearing a political backlash, a Turkish entity could be used as an intermediary to hide the source.

There are ways to confront this. The EU could argue that non-EU gas suppliers should provide certificates of origin and declare their counterparties in transactions. Another option would be to insist that Turkey must apply EU transparency rules on pipeline shipments to its member states.

It is debatable how much Turkey stands to gain in the long term from establishing a Russian hub, whatever format this may take. Currently, Turkey does not even get transit revenue from allowing Gazprom to ship gas to Europe via its land section of TurkStream. Its refusal to adopt sanctions on Russia and suspicions that it helps the Kremlin to evade such measures also comes at a cost to its relations with the West.

However, the short-term benefit of securing cheap Russian imports that could further consolidate President Erdoğan’s stay in power is a strong enough reason to expect Turkey to push ahead with the Russian gas plan.

The EU cannot prevent this gas from entering the bloc, but it can take measures to protect eastern Europe from Russia’s stranglehold.

Her views are her own.