Time for the U.S. to Jump-Start Ukraine Talks 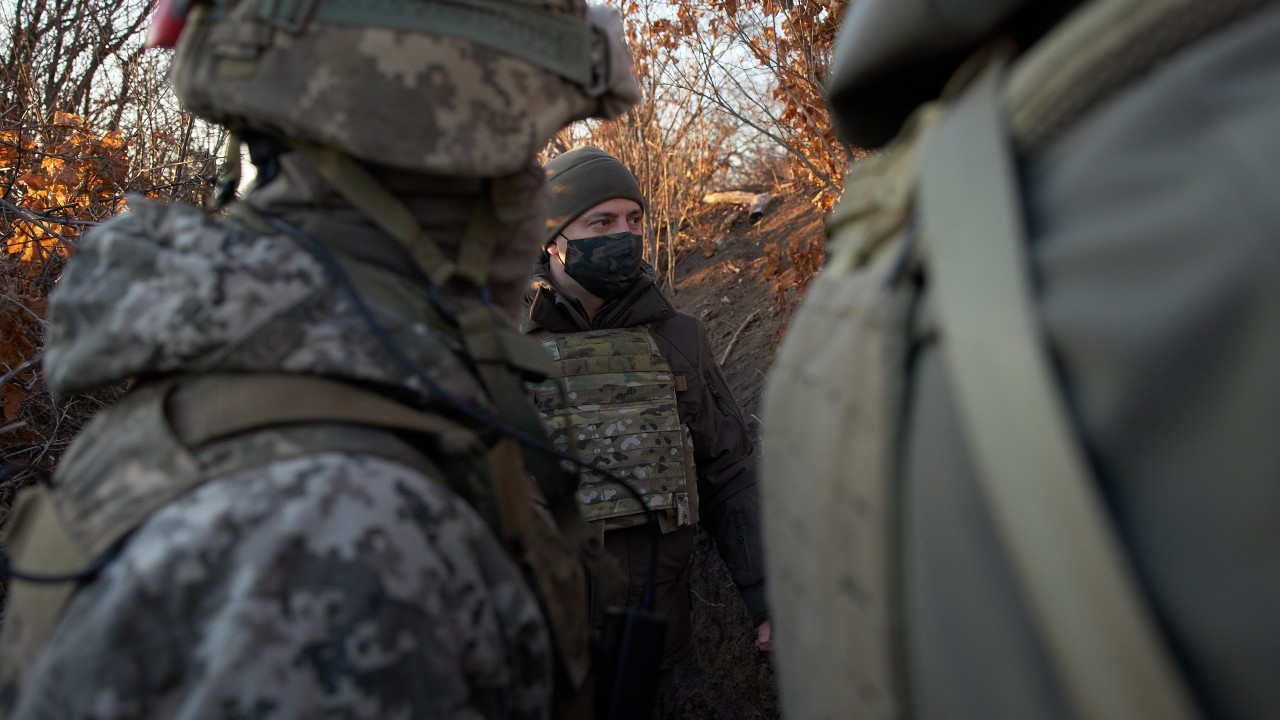 The ongoing Donbas conflict has resulted in the displacement of nearly two million and the deaths of over 14,000 people.

When the crisis began, the West responded by imposing sanctions on Russia for illegally annexing the Crimean peninsula. France and Germany, along with the Organization for Security and Co-operation in Europe (OSCE), met dignitaries from Ukraine and Russia to try and resolve the conflict. While these interactions led to the creation of the Trilateral Contact Group and the Normandy Summit, neither body has been able to end the conflict. The Minsk Protocols and their agreements have been constantly violated, and negotiations stalled after the 2016 Normandy Summit.

The election of Volodymyr Zelensky seemed promising as the new president of Ukraine looked eager to engage with the Russians. After a three-year hiatus, the leaders of France, Germany, Ukraine, and Russia met in December 2019 to discuss the Donbas conflict. While no major breakthroughs occurred, the Ukrainians and Russians agreed to a new ceasefire and prisoner exchange. Unfortunately, the coronavirus pandemic postponed the March 2020 summit, and the Normandy Format has been put on hold. Understandably, the ongoing pandemic and its economic impact have altered the priorities of the parties involved.

The continued delay of these discussions, both before and after the pandemic, suggests that there is “Ukraine fatigue” among the Europeans as they grow impatient over the Donbas conflict. Some Europeans have considered normalizing relations with Russia as an alternative. For example, politicians within the European Union (EU) have called for the easing of sanctions. The Parliamentary Assembly of the Council of Europe (PACE), which previously punished Russia for its aggressive behavior, voted to restore Russia to the assembly in 2019. PACE then reinstated the Russian delegation’s credentials in 2021. Most recently, the EU’s foreign policy chief Josep Borrell visited Russia in an attempt to improve matters.

France and Germany have also been accused of cozying up to the Russians. Over the past two years, French President Emmanuel Macron announced that he would pursue a new Russian reset, while French Foreign Minister Jean-Yves Le Drian pushed for this agenda and France recently ended its freeze on high-level diplomatic visits to Russia. Meanwhile, despite providing the Ukrainians with vast economic assistance, the Germans have actively collaborated with the Russians to construct Nord Stream 2. The completion of this pipeline would see Russia export gas directly to Germany while bypassing Ukraine. As a result, Ukraine would lose its gas revenue, and the Ukrainians would lose influence in western Europe. This would allow the Russians to meddle further in Ukraine’s affairs while offering a new means of influence over Europe’s most prosperous nations.

With the Donbas negotiations stalled, and as Europe begins to rethink its relationship with Russia, the U.S. might judge this as a perfect time to act. The recent change in administrations and President Joe Biden’s willingness to strengthen America’s relationships with its European allies and partners could help restart the Normandy discussions. The U.S. has been a staunch supporter of Ukraine throughout the conflict, and it is committed to upholding the Minsk Agreements. The U.S. could pressure the Russian government for its continued aggression in eastern Ukraine by continuing its sanctions policy and continuing to bar the Russians from various international organizations such as the G-7.

Russia has previously rejected the idea of allowing the Americans to join the Trilateral Contract Group and the Normandy Summit. This position is unlikely to change, given the Biden administration stressed that it would not reset relations with Russia. Nonetheless, the United States can still reengage with Europe. There are numerous ways the Americans can contribute to the Donbas negotiation process, and why they should get involved.

First, the Americans are very familiar with the Donbas conflict. During the Obama administration, then Vice-President Joe Biden was appointed as the point person on Ukraine. Then-Deputy National Security Advisor Antony Blinken and then-Assistant Secretary of State for European and Eurasian Affairs Victoria Nuland also worked extensively with the Ukrainians. Biden oversaw over $2 billion in financial assistance, while Blinken helped prepare America’s Crimea strategy and Nuland helped formulate U.S. foreign policy on countering Russian aggression in eastern Europe. Moreover, the two previous American ambassadors to Ukraine, Geoffrey Pyatt and Marie Yovanovitch, worked extensively to help the eastern European state tackle corruption while also serving as advisors to Ukraine during the Donbas negotiation process. Finally, the Special Representative for Ukraine Negotiations role was created by the Trump administration, so that the Americans could have a greater dialogue with the Ukrainians when it came to Crimea and the Donbas.

Second, the Biden administration will be appointing new representatives to help aid Ukraine during its time of need. The knowledge and expertise of Biden, Blinken, and Nuland will be valuable to the Donbas negotiation process. As for the ambassadorial position in Ukraine, the administration should consider nominating someone well respected and experienced in the policy realm, and who is well-versed in Ukrainian affairs. Fluency in Ukrainian or Russian would allow the new ambassador to be a greater participant in the Donbas discussions as well. Finally, the new administration should reevaluate the special envoy position, as a more defined role could help complement the American ambassador to Ukraine.

Third, the United States would be fulfilling the obligation made when signing the 1994 Budapest Memorandum. Throughout the conflict, the U.S. has continuously supported Ukraine’s sovereignty and territorial integrity. This has ranged from providing financial assistance and implementing anticorruption initiatives, to reforming the defense industry and providing the Ukrainians with nonlethal military assistance. Involving itself in the Donbas negotiations would demonstrate that the United States is willing to reengage with its European partners on an important issue, and that it is committed to enforcing the commitment it made in Budapest. The U.S. should also consider adding Crimea to the agenda.

Finally, the Americans could pressure their European allies as they look to join the conversation on Donbas. The United States sent a warning to Germany by sanctioning the construction of Nord Stream 2 and also criticized France for selling warships to the Russians during the Donbas conflict. This stance could force the Germans and French to reconsider their position on Russia. A united Western coalition could put pressure on Russia to allow OSCE Special Monitoring Mission personnel in the occupied regions, and for humanitarian workers, to conduct their duties in the war-torn region.

The Donbas conflict is complex. The crisis will not be easily resolved, and it will require significant dialogue within the Trilateral Contract Group and the Normandy Summit. The continued ineffectiveness and delays of these bodies suggest that their participants should create a new organization that would include the Americans, similar to the structure of the United Nations Security Council. Given the Biden administration’s knowledge and expertise on the Donbas conflict, the Americans would be a welcomed addition to the negotiating table. They would offer a fresh perspective, and their insights could lead to serious breakthroughs as Europe tries to resolve this ongoing war. America’s involvement in this process, and its engagement with the Europeans and Russians on the international stage would demonstrate that the United States is ready to take itself seriously, and that the Americans are back and ready to lead.

Mark Temnycky is an accredited freelance journalist who covers Eastern Europe and its impact on U.S. and European foreign policy and national security. His articles have been published by the Atlantic Council, the Wilson Center, the Center for European Policy Analysis, Forbes, and the Diplomatic Courier.