A blue badge giving full access to the Munich Security Conference is serious business. Not just because they are scarce, and because security is so tight (most of those attending have someone somewhere who would like to kill them). The badge gives you the chance to mingle with the most serious people in the world […] 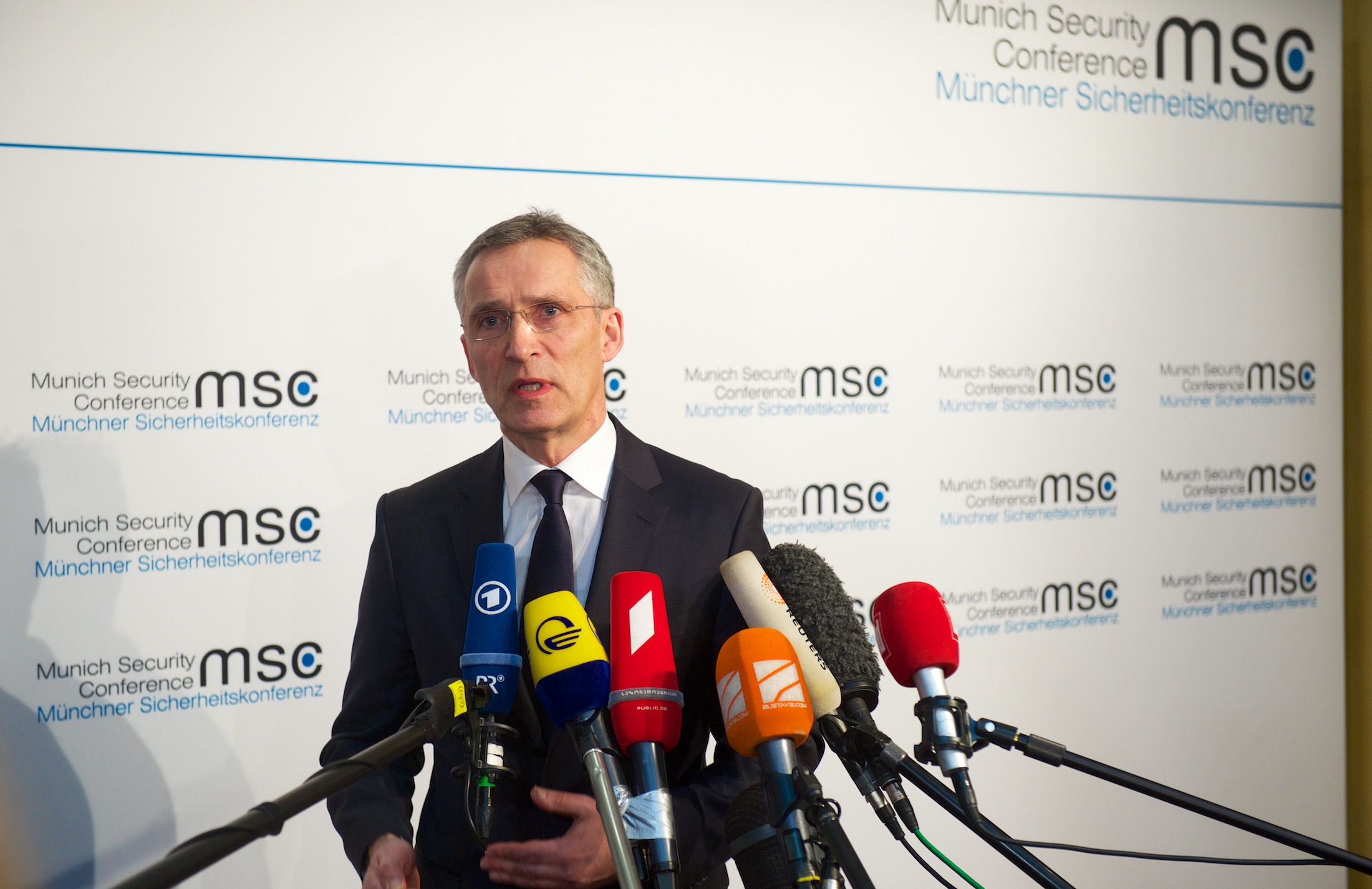 A blue badge giving full access to the Munich Security Conference is serious business. Not just because they are scarce, and because security is so tight (most of those attending have someone somewhere who would like to kill them).

The badge gives you the chance to mingle with the most serious people in the world as they discuss the most serious problems. You are in the lift at the Bayerischer Hof and think that the person standing next to you looks rather like Christine Lagarde. Then you realize that it is indeed the head of the IMF.

In European security, three things stood out this year. First, consensus on Russia is still solid. Even German Foreign Minister Sigmar Gabriel of the supposedly squishy Social Democratic Party (SPD) had tough words to say about the Kremlin’s divide-and-rule tactics, and in support of Ukraine. Gen. H.R. McMaster, Donald Trump’s national security adviser, said bluntly that evidence of Russia’s meddling in U.S. politics was “incontrovertible”—which is not quite the way his boss put it. Earlier, I asked Sergei Lavrov, the Russian foreign minister, whether he was satisfied with the return on investment from the $1.25 million per month which—according to the latest indictment—Russian mischief-makers spent on interfering in the U.S. political system. I didn’t get an answer—but the question earned an unusual round of applause.

The second salient point was that the transatlantic relationship is strained but intact. Even Gabriel was clear about that. The German defense minister, Ursula von der Leyen (who appeared in a notable double-act with her French colleague, Florence Parly) was particularly robust. Many Europeans find many things to dislike about this administration. But we have to keep going.

From the American side, McMaster qualified the two controversial Wall Street Journal op-eds he co-authored last year. Many interpreted these as casting Trumpian doubt on the importance of the rules-based international order; in one of them he explicitly likened global affairs to a competitive “arena” and decried the idea of a world community. But he told his Munich audience that this was meant to highlight the importance of isolating rogue states and human-rights abusers. The most divisive issue, of inadequate defense spending, is ebbing in importance as more European countries raise their contributions. France, for example, will hit the 2 percent of GDP target by 2025, meaning an extra €300 billion ($372 billion at today’s exchange rates).

The third was that Franco-German cooperation is now the big motor of European security. More joint weapons programs, closer cooperation in space, cyber, and intelligence, and a sharper European Union foreign policy (ditching the requirement of unanimity) are all on the horizon. The future will feature coalitions of the willing, speedy and capable, rather than lumbering institutional decision-making.

That should be good news for Britain in a post-Brexit era. Theresa May’s speech highlighted the importance of her country’s contribution on counter-terrorism and other issues. She pleaded for flexibility and pragmatism in order to preserve post-Brexit cooperation. But the reception was more polite than sympathetic. A strong legal and institutional framework, for most EU countries, are not just details; they are at the heart of the whole thing. To avoid disruption, Britain—not the continental Europeans—will therefore have to do most of the adapting.

But hang on. If France and Germany are creating new flexible arrangements as part of Europe’s ambitiously tightening core, why can these deals not also leave scope for cooperation with a seriously capable country that just happens to be outside the EU? I suspect we will be discussing that at Munich in the years ahead.