Thinking Beyond the Ukraine War

The West’s enemies will draw dangerous conclusions from its divisions over Ukraine. 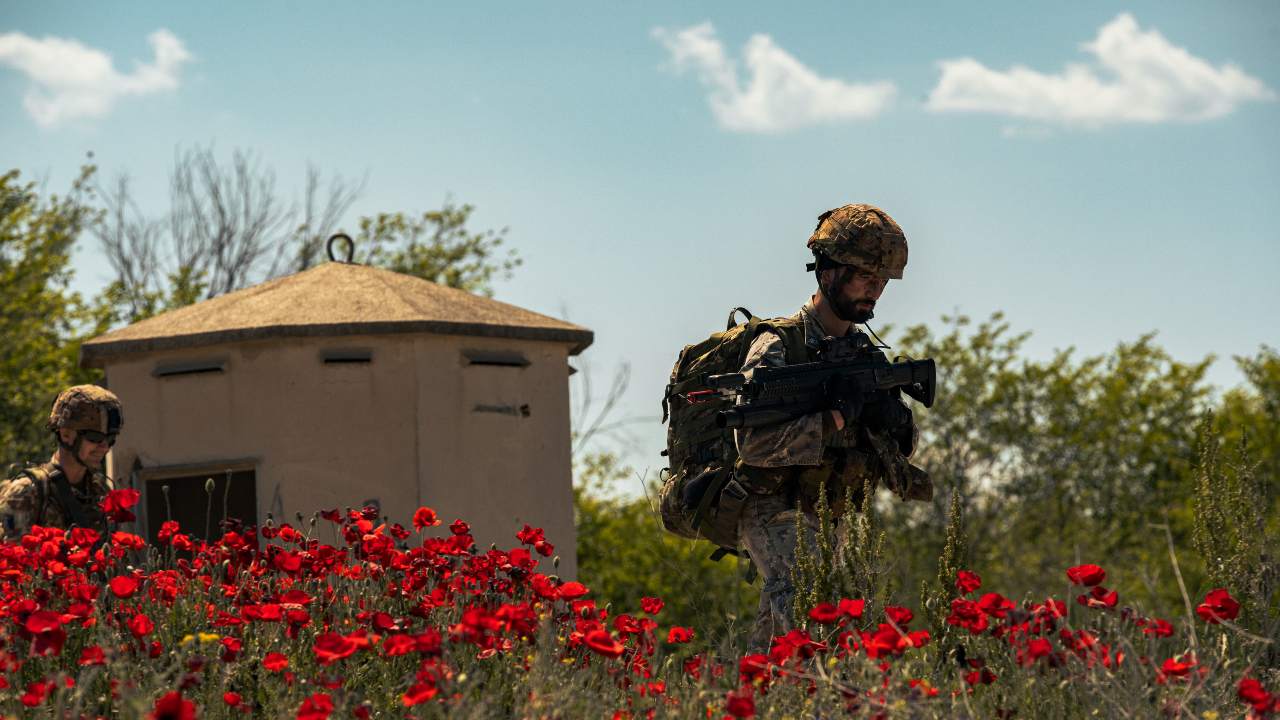 During the pre-war preparatory stage of the new NATO Strategic Concept, two major issues seemed to be key: the position of NATO globally and the resilience of its Eastern Flank.

On the global level, it seemed clear that NATO would continue to be exposed to big-power competition, requiring it to tackle the threat of two near-peer adversaries, i.e., China and Russia. These two powers apply a similar military strategy in some respects: the “fait accompli scenario”, limited warfare, and the blurring of the division between offensive and defensive tactics.

Suggestions for responses included a new naval strategy; investment to enable rapid penetration of anti-access/area-denial systems; increase in the European level of ambition within NATO (making European NATO battle groups more deployable/sustainable on the battlefield); and acceleration of political decision-making during the conflict, skipping the slow process of generating forces.

As for NATO’s Eastern Flank resilience, it was proposed to deploy larger, brigade-size formations, along with further increases in deterrence capabilities, and interoperability/mobility of forces.

Reflections on the Russian-Ukrainian War

Looking from this pre-war perspective, countries on the Eastern Flank can be satisfied with decisions envisaged at this month’s NATO summit in Madrid. A move from forward presence to forward defense, from air policing to air defense, and deploying brigade-size formations to the Eastern Flank, all point in the right direction.

And yet it is no longer sufficient. There is no point in preparing for a past war when we confront a future war. The West, therefore, needs to review its strategic thinking in addition to an immediate tactical military response.

Once Russia’s war against Ukraine ends, we should reflect upon the lesson that any potential adversary of the West will take from the conflict. We should employ empathy-driven strategic thinking to understand what the adversary thinks of us. And more broadly, we must give greater consideration to the psychological side, because perception is what triggers action.

Russia, and any other likely adversary, will take several lessons from the Ukraine-Russian war:

After all, even the invocation of Article 5 does not oblige allies to fight for the sake of the affected member state. If instead of launching a full-scale attack on Ukraine, Russia had used the airborne division in Pskov near Estonia for a quick and short punitive expedition following orchestrated inter-ethnic clashes between Russians and Estonians with the rapid withdrawal of the force, the political cohesion of NATO would have been seriously challenged.

Despite its military failings, Russia remains a dangerous and resolute adversary. It will not be the only power to draw lessons from Russian failure in Ukraine. Chinese army training for an unprovoked attack on Taiwan looks very similar to the first week of the Russo-Ukrainian War. No doubt it will adapt now and because it has greater resources than Russia, this adaptation will be faster. This will inevitably affect US planning and cannot fail to influence what the US expects from NATO in the coming years.

The crucial question relevant for NATO Eastern Flank is: can the most vulnerable members be sure that the rest of the alliance will fight for them?

I hope the West does not become a victim of its fears. Nevertheless, after a war in which the worst conceivable crimes were committed without Western intervention, there is good reason for our enemies to make this judgment. And that (dangerous) perception will define our future security.

In any case, in times of crisis, it is the politicians and not the chiefs of staff or the intelligence services who decide about the use of military power. It is politicians who are accountable to their electorate. Therefore, a purely military response to the Russo-Ukrainian War is not enough. We need an informed public aware that there are times when even a pacifist has to reach for a weapon.

Martin Svárovský is Advisor to the Deputy Speaker of the Czech Parliament and Chairman of the Committee on European Affairs. He has been Head of the Security Strategies Program and Senior Fellow at the European Values Center for Security Policy (since 2019) was previously served for 19 years at the Czech Ministry of Foreign Affairs including as the Deputy Director of the Central European Department and the Deputy Director of the Policy Planning Staff.