The Ukrainian General Behind Putin’s Defeats

Ukraine’s army is led by a general who understands both sides of the military east-west divide. 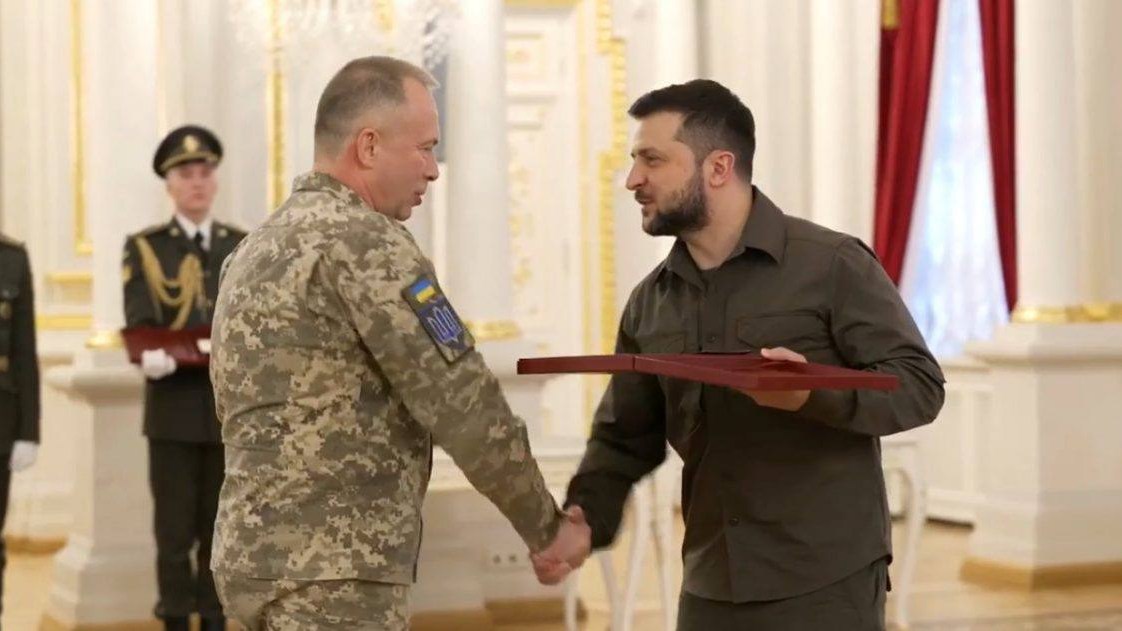 When Ukrainian President Volodymyr Zelenskyy returned to Kyiv after touring the newly liberated Kharkiv region last week, he addressed the nation to praise the “warriors” who had forced the Russians into a panicked retreat.

As news of the extent and success of the counteroffensive echoed around the world, he singled out by name just one man among the thousands in Ukraine’s armed forces who had helped destroy the myth of an undefeatable Russian army.

“I am grateful to Colonel-General Oleksandr Syrsky and the officers of his staff — everyone who planned and successfully conducted the military operation to liberate the Kharkiv region,” Zelenskyy said. “Ukrainians once again managed to do what many considered impossible.”

The Russians had met their match in the shape of motivated Ukrainian forces, Western weapons, and a commander who once trained in Moscow as a recruit to the army of the Soviet Union. They were up against a general who not only knew the tactics his opponents had learned at school (which is common among officers of his generation), but already had the experience of fighting their proxies in eastern Ukraine.

Described as “bookish and pensive” by the Washington Post, Syrsky started his career in a Soviet motorized rifle brigade in 1986 after training at the Higher Combined Arms Command School in the Russian capital. Since then he has gradually made his way up the ladder.

This included postings as chief of staff to the first deputy commander of the 72nd Mechanized Division of the 8th Army Corps, which he then headed. Between 2007 and 2014 Syrsky occupied several high-profile positions in the General Staff of Ukraine.

When Russia first attacked Ukraine in 2014 he was appointed as deputy commander of the Anti-Terrorist Operation (ATO), putting him into direct combat with Russia’s forces and its locally recruited puppet units in the east of the country, and in 2017 he took over command. In 2019 he became head of the Ground Forces of the Armed Forces of Ukraine, the post he still holds.

Following the full-scale February invasion, it was Syrsky who masterminded the defense of Kyiv — overcoming his initial surprise that Russia’s forces would make a direct attempt on the Ukrainian capital. He expected the invasion to start in the separatist quasi-republics of Luhansk and Donetsk in the east and not to unfold from several destinations simultaneously, he told the Washington Post, assuming the aggressor would understand the capital was too tough to take.

Nevertheless, when the invasion began, Syrsky navigated the situation quickly and skillfully, employing a two-circle defense of Kyiv and locating the circles as far apart as possible in order to protect the city against artillery strikes. “We’re the military,” the colonel-general told the newspaper matter-of-factly. “Regardless of what I believed or didn’t believe, how it all seemed, I still carried out the activities required.”

By using the tactic of “corrosion”, Ukrainian forces under Syrsky’s command managed to fracture the invading army’s supply chains as well as successfully striking its frontline troops and equipment. Having successfully degraded the Russian forces, both mentally and materially, he left them with no choice but to retreat.

While a good supply of modern weaponry and the bravery of Ukraine’s soldiers has undoubtedly helped to tip the balance, Syrsky’s history-making counter-offensive in Kharkiv has also come from his departure from post-Soviet tactics and the adaptation to a more flexible and Western-influenced approach to warfare.

Alongside a nimble approach to tactics and the skillful use of surprise and deception, he has recognized the central importance of morale and motivation, constantly keeping in touch with soldiers on the battlefield and in hospitals, and ensuring he is seen joining them on the frontline.

Having spent months establishing control over strategically important cities like Izyum and Balakliya, Russian forces left them in panic in just days as the counter-offensive gained momentum. According to Deputy Defense Minister Hanna Maliar, the Armed Forces of Ukraine have liberated 388 cities and villages since the beginning of September, some 8,500 square km (3,282 sq miles) of territory.

These battles are being carefully studied by foreign military experts. The remarkable Ukrainian success has also led to adjustments in the rhetoric and actions of international partners as the possibility of victory becomes greater.

Ben Hodges, former commander of the US Army in Europe, has talked of  “irreversible momentum”, while US National Security Spokesman John Kirby said the White House is moving into a new phase of arming the Ukrainian army as a result of its success.

Those in charge of such well-orchestrated operations have booked a place for themselves in Ukrainian history. Names like Oleksandr Syrsky, already awarded the title of “Hero of Ukraine” by the government, will likely long be remembered for his achievements, while the aura of military success opens the possibility of a great victory and will underpin the morale of Ukrainian forces for what could be a hard winter ahead.