The Tides of Atlanticism

Now Is Not the Time to Give up on the Transatlantic Alliance Ambassador Kurt Volker played two roles. One was in his unsung efforts as the U.S. Administration’s (unpaid and voluntary) Envoy to the conflict in Ukraine. The other was to signal to outsiders that criticism of the Trump administration was overblown. The president’s tweets […] 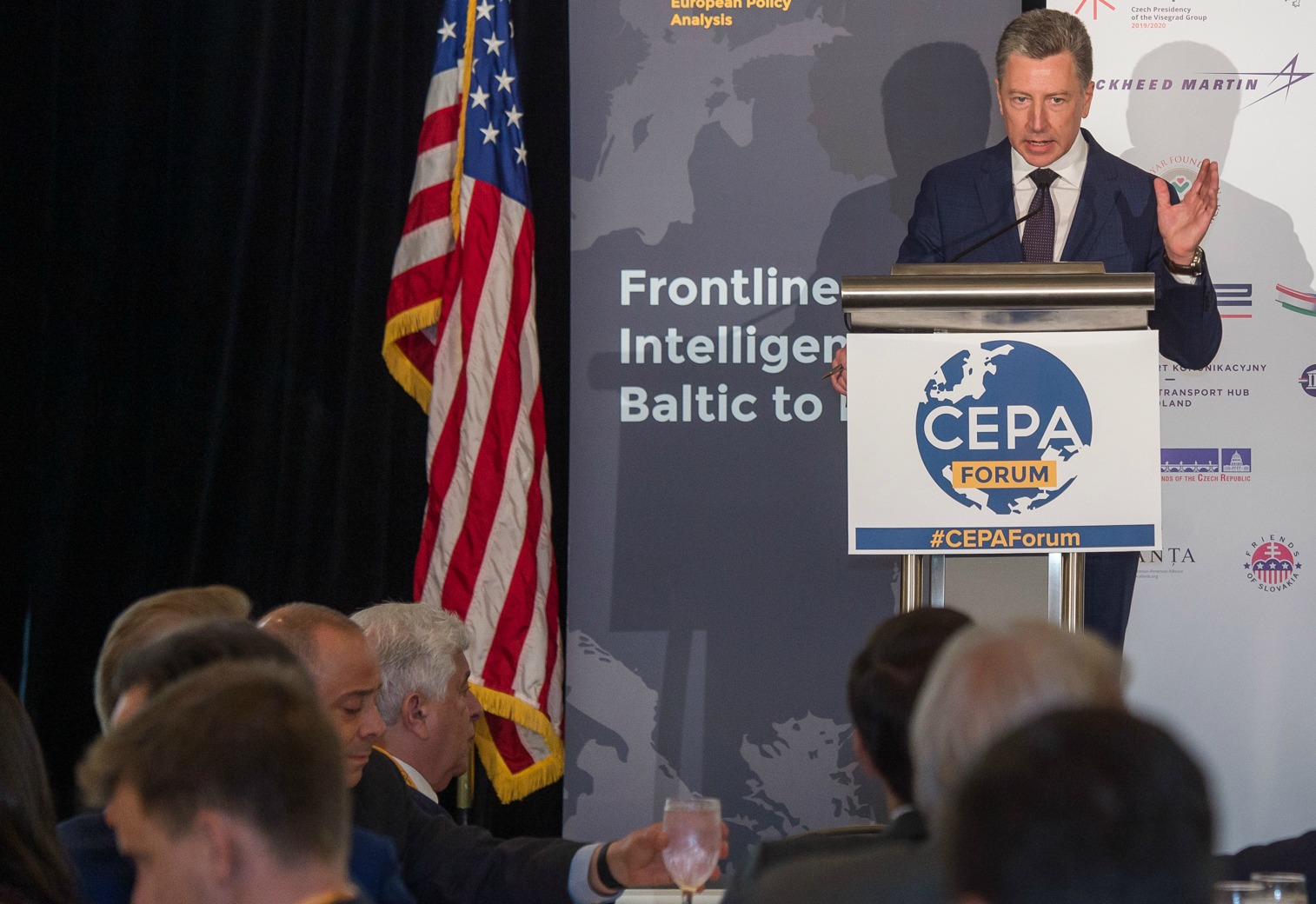 Ambassador Kurt Volker played two roles. One was in his unsung efforts as the U.S. Administration’s (unpaid and voluntary) Envoy to the conflict in Ukraine. The other was to signal to outsiders that criticism of the Trump administration was overblown. The president’s tweets might be irascible or mystifying. But they were only a small and exotic part of a much bigger and more reassuring picture—which included people like Volker.

In his last public appearance before his resignation, at the CEPA Forum in Washington DC last week, Volker gave a keynote lunchtime speech. American values and interests are the same, he said, because it benefits the United States to live in a world where countries maintain the rule of law and democracy. So allies matter and rulers that oppose these values are adversaries. In Europe, disagreements should be handled under the Helsinki Final Act of 1975, which lays out rules such as not changing borders by force and not interfering in other countries’ affairs. He also urged European allies to speak out more forcefully against Kremlin myth-making on issues such as NATO enlargement. Those words resonated with an audience of decision-makers from Central and Eastern Europe.

Earlier in the Administration’s term, outsiders could look elsewhere for reassurance. At three retired generals – H.R. McMaster as National Security Adviser, Jim Kelly as Chief of Staff, Jim Mattis at the Pentagon – for example. At the National Security Council, they could cite Fiona Hill, one of America’s pre-eminent Russia experts. At the State Department, Wess Mitchell, an ardent Atlanticist, handled ties with Europe. One by one, they all left. So too did some important ambassadors, notably Marie Yovanovitch in Kyiv. Now Volker has gone too—a victim of the pullulating row between President Donald Trump and the House of Representatives.

With its most visibly trustworthy figures gone, is this administration still trustworthy? The short answer is yes. The new National Security Strategy, focussing on great-power competition, marked a welcome shift away from an earlier over-concentration on counter-terrorism. Congress, despite its supposedly debilitating polarization, continues to vote the money necessary for the United States to play its role as the world’s only superpower. Nobody looking at European security can seriously argue for abandoning or even downgrading ties with the United States. Atlanticism is an imperfect answer to Europe’s difficulties. But nobody is offering another one. Germany is all but leaderless as the Merkel era draws to a close; France is under-powered. Britain is distracted. The new European Commission has yet to find its feet.

A second question concerns America’s toxic domestic politics. The message here for allies is to steer clear. Strive to be friends with everyone and foes of nobody. In the current hyper-partisan environment, anything you do, even for the best of motives, will be exploited and misinterpreted. Similarly, do not seek U.S. support in your own domestic political competition. It may be tempting, but your country’s ties with Washington are transcendentally important. So keep them bipartisan.

In his CEPA speech, Volker obliquely addressed this issue too. Foreign policy experts like to steer clear of domestic politics, he said. But that is a mistake. The same principles we fight for abroad matter at home too. In particular, governing elites all over the West have failed to address the concerns of their people, creating an opening for slogan-mongers and mischief-makers. In short, if you cannot trust your government to look after your dignity, your job, your living standards or your personal safety, you will probably not trust it in questions of war and peace either. True—and not only in the United States.