The Tank’s Death Has Been Exaggerated

The West must resist the temptation to make hasty judgments on the future of weapons systems like the tank, whatever the impression left by breathless reporting. 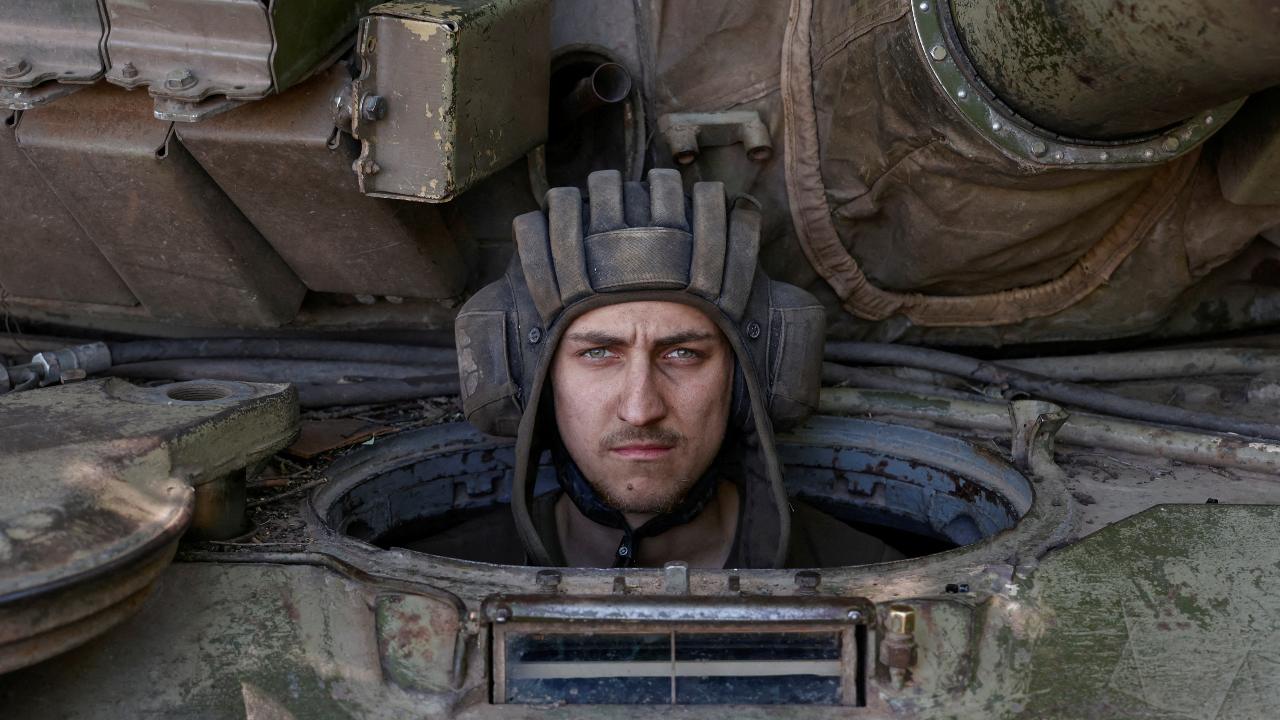 Photo: A Ukrainian serviceman looks on from inside a tank at a position in Donetsk region, as Russia's attack on Ukraine continues, Ukraine June 11, 2022. Picture taken June 11, 2022. Credit: REUTERS/Stringer

Some of the most evocative images of Russia’s war of aggression in Ukraine have been of hundreds and hundreds of wrecked military vehicles littering the streets of the country’s north and south-eastern provinces. While Ukrainian losses should not be underestimated, Russia’s tribute in terms of lost vehicles — either destroyed or captured — is huge and reaches levels not seen since World War II, with almost 800 lost tanks now visually confirmed through open-source data, and around 3,500 other armored vehicles.

These numbers have encouraged some commentators to, once again, declare the end of the era of the tank, justifying this assertion with reference to its increasing vulnerability to drones and modern anti-tank (AT) missiles, as well as its complex maintenance and logistical needs. But while these considerations may sound convincing on paper (and are reinforced by endless social media videos of destroyed tanks), closer scrutiny shows that the tank is here to stay, at least for the foreseeable future.

High casualties among Russia’s mechanized troops have been caused by a peculiar combination of factors, ranging from poor tactics and operational planning to a smart and highly effective Ukrainian mobile defense, to the successful use of artillery against Russian armored columns and assembly areas. The high rate of armor losses in Ukraine, therefore, can be understood only by understanding its multiple causes.

Take the role of standoff anti-tank guided missiles (ATGM.) Their impact in Ukraine has certainly been substantial. However, this has been vastly amplified by their unprecedented quantity. The country has been literally flooded with both man-portable ATGMs, such as the famous US-made Javelin, the Anglo-Swedish Next generation Light Anti-tank Weapon (NLAW), and recoilless rifles such as the Carl Gustav M4 – to the point where they are now ubiquitous among Ukrainian troops, with almost one system per soldier.

Combined with laser-guided high explosive artillery and off-the-shelf quadcopters dropping AT-grenades, Ukraine has created a deadly AT-saturated battlefield that is simply extraordinary, but which should be considered the exception rather than the norm. Secondly, Russian forces have made little-to-no effort to protect their tanks during the offensive, showing themselves unexpectedly incapable to conduct effective combined-arms maneuvers – requiring the use of different combat arms and weapons systems in synergy — which are crucial to suppress AT threats. Very often, Russian tanks found themselves isolated as small vanguard units, without proper reconnaissance, air cover, or infantry, deprived of logistical support and therefore presented easy meat for Ukrainian defenders.

Russia’s generals have few excuses for this. The threat of light AT weapons and ATGMs is nothing new. The former made their appearance during World War II and the latter, now in their more advanced versions, have been in use since the early 1970s and were first deployed in significant numbers by the Arab coalition – specifically, the Soviet-made AT-3 Sagger — during the 1973 Yom Kippur war against Israel. Furthermore, the emphasis on the ATGMs risks makes us overlook the devastating effects of Ukrainian artillery, which, supported by tactical drone scouting, has inflicted severe losses on Russian mechanized units. This deadly combination of artillery and off-the-shelf UAVs on such a large scale is unprecedented and offers new insights into their possible role and implications in future conflicts.

It is worth noting that the tank’s obituary has been written more than once. The Yom Kippur war, for example, cost both sides a total of 3,300 tanks destroyed or damaged. Yet, such impressive losses did not result in the tank’s demise. Some have tried to explain the tank’s ineffectiveness by comparing Russian losses in Ukraine with Soviet losses in Afghanistan. But this is clearly futile given the completely different operational environments. And solely relying on numbers, the still continuing Syrian civil war would provide the latest and most persuasive obituary of the tank, with more than 2,000 tanks of various types — including older Soviet-era T-55s and T-62s — visually confirmed to have been lost by the Syrian regime in 10 years of conflict. This means that what was, on paper, one of the largest tank fleets in the world in 2010 has mostly been reduced to rusting wreckage.

The Syria case is particularly interesting for two reasons: first, the regime’s armored units faced a supposedly inferior plethora of rebel forces rather than a conventional army with structured armored units. This suggests that a considerable percentage of the regime’s tank losses were caused by ATGMs and other infantry AT weapons. Second, it presents important operational similarities with the Ukraine war, especially when it comes to the lack of proper combined arms tactics on the part of regime forces — due to both incompetence and inadequate training — tank units’ poor situational awareness, challenging urban as well as suburban environments, and the proliferation of lethal ATGMs.

However, while both Syria and Ukraine confirm the unprecedented threat posed by shoulder-fired and especially modern fire-and-forget ATGMs to the tank (a factor that even the staunchest tank supporters should not underestimate) they also offer the clearest examples of how tanks should not be employed. It is simply illogical to declare a weapon system outdated or ineffective based on two recent conflicts where they have not been used as designed.

Similarly, as we have seen, dismissing the tank simply because it is vulnerable and gets smashed in large numbers is a pointless argument, as not even the apocalyptic figures of the Second World War, when Germany and the Soviet Union combined lost more than 100,000 tanks, 1, persuaded strategists and militaries around the world to abandon the vehicle. Despite catastrophic losses, the Syrian regime pressed ahead with its decision to acquire additional T-62 and T-90 tanks in 2015-16, because it desperately needed them to hold ground. Numbers, therefore, do not explain everything, and the idea of supposed invulnerability is simply nonsense, as there is no such thing in warfare. After all, the tank’s history is one of destruction, whether inflicted or suffered. Contrary to the impression given by images from Ukraine or Syria, the tank is survivable and offers the best available compromise between protection, mobility, and firepower.

Of course, old lessons still matter, as with the critical importance of logistics. The example of German Panzer forces in World War II, during Operation Barbarossa in 1941 or the late 1944 Ardennes offensive, showed both that the tank, and especially the main battle tank (MBT), is logistically intensive and requires a whole set of dedicated forces to support its operations. This adds to an already high unit production cost and makes its deployment more demanding and complex. The Germans, among others, suffered substantially from these difficulties during World War II, and so do Russian forces currently operating in Ukraine (although this is somewhat puzzling considering the centrality of mechanized warfare in Russia’s military thinking.)

Yet, what is a valid alternative to the tank that offers comparable capabilities? There is increasing attention being paid to more agile – but also lighter – armored fighting vehicles (AFV) or tanks whose design prioritizes mobility and firepower over protection, with all the consequent logistical advantages. The US Marines Corps’ decision to say goodbye to its Abrams MBT fleet and focus on lighter AFVs is a case in point and is often mentioned to corroborate the thesis of the tank’s inevitable demise.

Whilst this could arguably become a trend in the long term, the Marines Corps’ choice should be considered against the backdrop of a major force overhaul specifically tailored for Navy-centric warfare in the Pacific and the major logistical constraints it entails. Furthermore, the Marine tanks are not being dismantled but transferred to the US Army, which is already modernizing its fleet of M1A2, albeit amidst some recently announced force cuts and the trial of two light tank prototypes for its infantry brigade combat teams.

While arguably controversial, the Marines’ decision is the exception that proves the rule: MBTs are bound to remain the backbone of land forces across the world for quite a while. In Europe, for example, France and Germany are already working on a future tank concept – known as the Main Ground Combat System – which will feature increased mobility and lethality while retaining high protection standards thanks to both passive and reactive armor and unprecedented network/teamworking capabilities with other assets. Britain and other countries may also join this venture.

In the wake of the Russian attack on Ukraine, Poland has inked a deal with the US worth $4.75bn for the purchase of 250 M1A2 Abrams, while it is negotiating with South Korea the acquisition of K2 MBTs to replace its T-72s donated to Ukraine. Norway too is considering this tank and the German Leopard 2A7 for modernizing its aging tank fleet. These are not the signs of generals preparing to abandon the concept.

At the same time, as one expert put it: “The place of the tank in modern conflict has declined, a point underlined in both procurement and doctrine.” In aggregate terms, more than half of current in-service platforms in Europe will be phased out by 2025. For most European countries, this will necessarily entail both the upgrade of legacy stocks and the parallel acquisition of new MBTs. The British army has also cut by one-third the total number of 227 Challenger 2 MBTs that will be improved as part of the £800m ($1bn) Challenger 3 modernization program. Similarly, Italy should modernize 125 of its 200 Ariete MBTs as a 10-year capability gap-filler while awaiting a decision on its future MBT, but the program is still in its evaluation phase.

Both the progress in AT weapons, with modern tandem-shaped charges and top-attack munitions able to penetrate even the best-protected tanks, and new requirements in terms of mobility as well as supply, will inevitably force the tank to adapt and evolve, integrating innovative protective countermeasures and operational concepts.

Hard-kill active protection systems such as the Israeli-built Trophy, which can defeat most modern ATGMs and AT weapons, have already rebalanced the offensive-defensive equation. Yet, while cutting-edge, lighter materials and components will help increase the tank’s survivability and reduce its weight and logistical demands, they won’t alter its core task. This is to provide mobile “stored kills” and protection to advancing infantry units while countering enemy armored counterparts. In other words, no wise general would venture into offensive operations without tanks. For now, therefore, the capability offered by current MBTs still seems the best solution, provided these are used in proper combination with other forces.

Some final thoughts on Ukraine are needed. First, there is an evident selection bias regarding available combat evidence, which induces us to focus more on Russian losses and destroyed tanks, neglecting both the Ukrainian side and the tanks that survived and continued the fight.

And second, using the Ukrainian case as universal proof of the tank’s alleged end is a mistake, at best, since only Soviet and Russian-made platforms are involved in the war. The argument may well be different in the case of Western systems.

While some important lessons are certainly emerging from the war in Ukraine, it is unwise to draw hasty conclusions. It is better to wait for a better picture once the dust has settled. 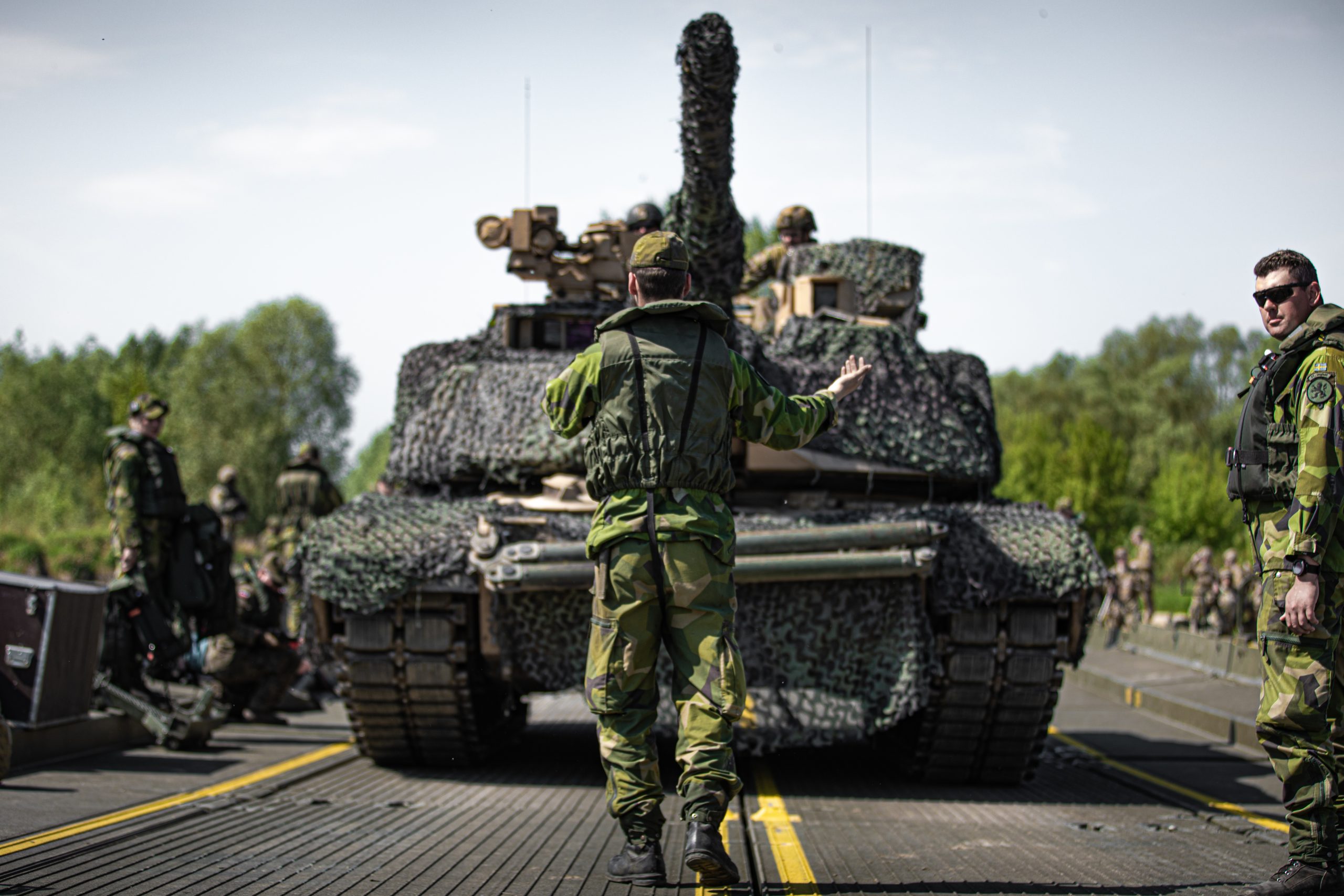 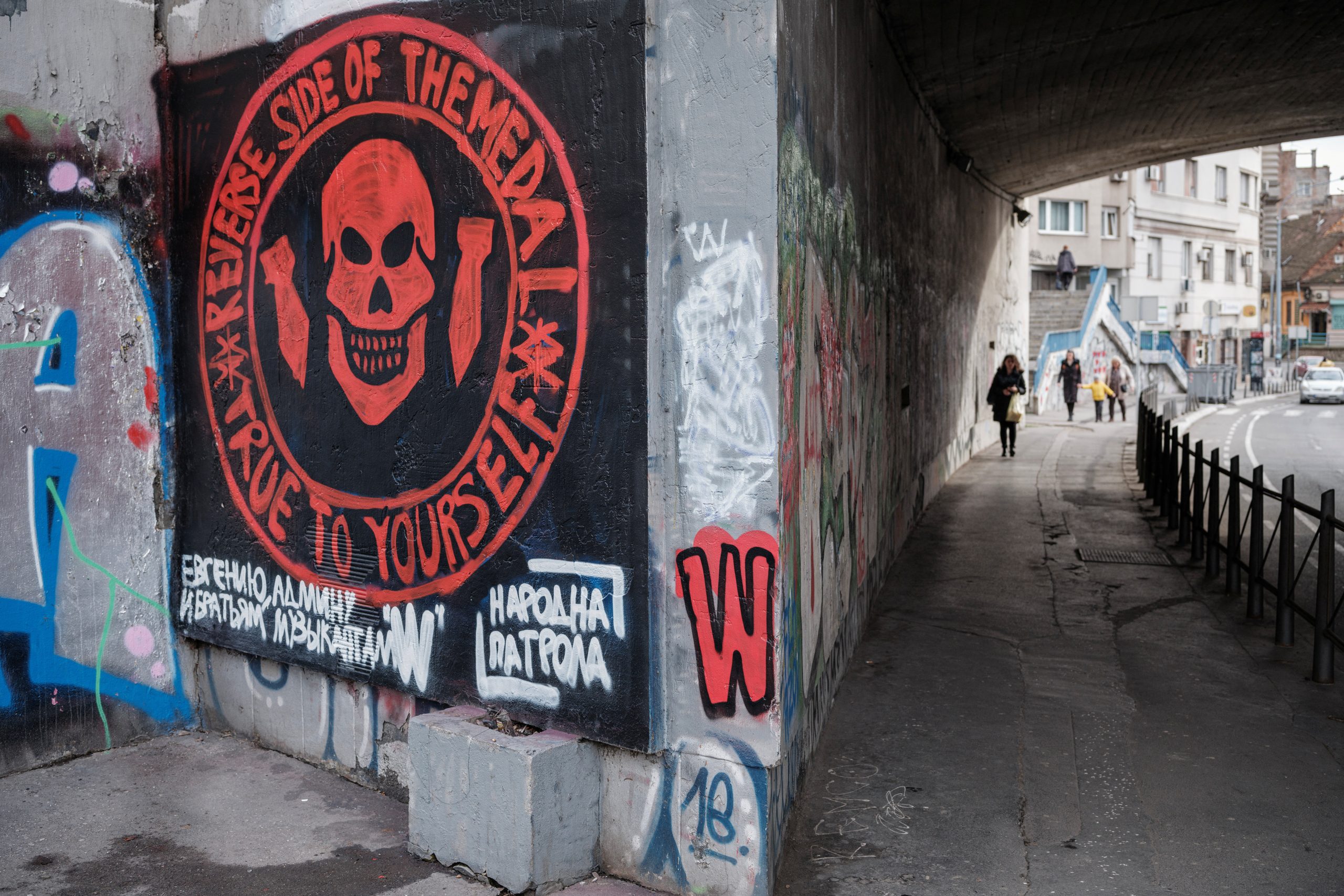