A labor dispute between pilots and the defense leadership has been brewing for decades and is about to come to a head. 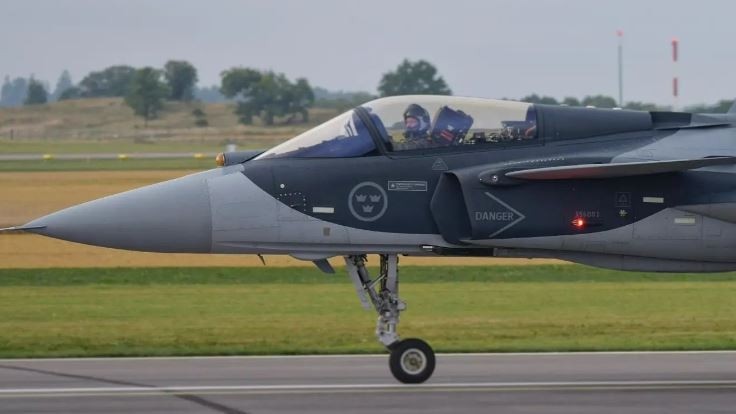 Half of Sweden’s fighter pilots are ready to quit, or go on an extended leave this fall, just as the country is poised to join NATO. The two are not linked, but one clearly has consequences for the other.

Many Swedish air force pilots are demanding better compensation and threatening mass migration to the private sector. The dispute has been developing ever since the end of the Cold War, when Sweden took a very significant peace dividend. The country’s defense spending dropped from around 3% of GDP in 1990 to just 0.9% in 2015.

The head of the air force has acknowledged the issue and pledged 600m Swedish Crowns ($56.5m) to address the issue. Pilots say this is completely inadequate.

Swedish air force pilots’ status, compensation, and career opportunities have steadily declined since then. A pivotal moment came with a “renegotiated” 2016 retirement package that significantly raised the retirement age for air force pilots, effective for those born in 1988 and before. Rather than retire at 55, pilots were required to remain in desk jobs to the new retirement age of 67.

There are other problems too. Swedish air force pilots, like many European counterparts, are compensated differently than their US equivalents. They receive no housing allowance and often stay with a unit throughout their careers.

So the pilot buys a house, the spouse/partner establishes a career in the local community, and theY become local residents. If the air force then decides to close a base or move a unit, the costs of the move devolve on the pilot. The government may provide a house moving company, but all other costs to sell a house, pay brokers, and buy a new home falls very largely on the individual.

This is what happened in the 1990s, when the Swedish Air Force announced a series of base closures, forcing pilots and air force service members to move on at their own expense. The personnel affected by this change have since retired, but the legacy of distrust still lingers.

Sweden is now raising defense spending from the current 1.3% of GDP to 2%, an increase of half. That is likely to mean the reactivation of bases, which would trigger a new wave of personnel moves. Recently, the F-16 airbase outside Uppsala was reactivated after being mothballed for 17 years. Pilots currently based at one of the larger fighter bases in rural areas face the prospect of buying homes in Uppsala that are around three times more expensive.

Swedish pilots have no defense-related retirement packages, as in the US and UK.; instead, they rely on the Swedish retirement system, a larger government-funded package similar to American social security, where you gain retirement according to salary. So for a pilot forced to take a defense desk job, there is no real benefit on the future retirement payouts, as they have already worked the required period to qualify. That simply makes pilots even more unhappy

Swedish air force pilots, once they finish their training for commercial airlines, have the opportunity to make at least 50% more, if not double, working for any European Union (EU) airline. The high-paying Lufthansa and KLM offer triple the compensation they receive from the Swedish Air Force.

The conflict between the Swedish defense leadership and its fighter pilots is a decades-long build-up of distrust regarding fair compensation and competent talent management. Unlike the Viking sagas, the pilot compensation saga is more about inaction from the leadership than proactive steps.

The crisis is, at the same time, a reality check on the Swedish ability to adjust and align itself with NATO and updated demands for operational readiness — the Swedish Air Force is a vital component of NATO’s northern flank.

Jan Kallberg, Ph.D., LL.M., is a Non-resident Senior Fellow with the Transatlantic Defense and Security program at the Center for European Policy Analysis (CEPA). He is a former Research Scientist with the Cyber Operations Research Element (CORE) with the Army Cyber Institute at West Point. Dr. Kallberg is a part-time Faculty Member with George Washington University and New York University. Follow him at cyberdefense.com and @Cyberdefensecom.