The Sky’s Not the Limit: Space Aid to Ukraine

Russia is keen to emphasize its space technology, but so far it’s the West that has most noticeably deployed its orbiting assets to help Ukraine and counter the Kremlin’s untruths. 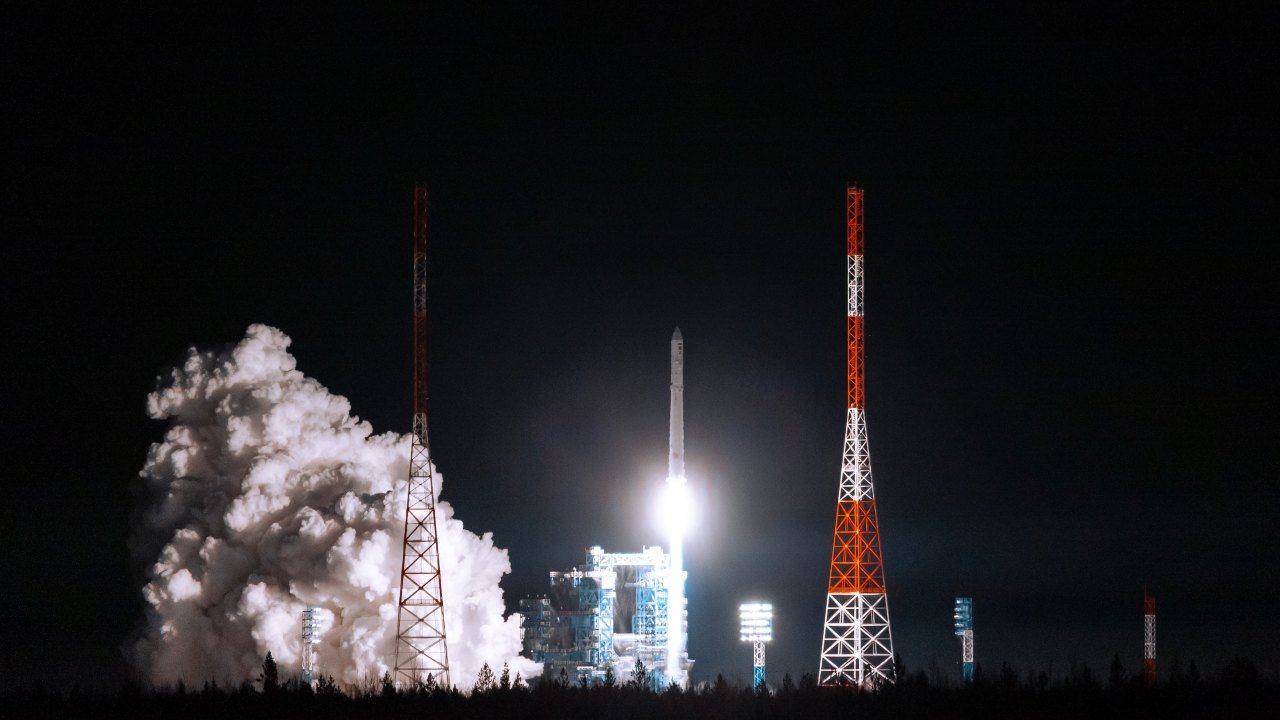 As the Kremlin’s march of misery across Ukraine plods along, advanced technologies have shaped the trajectory of the war, especially those assets operating in low earth orbit. Despite the signal sent by Russia’s blunt-force space weapons test in November — signaling at the very least its keen interest in the military aspects of space — it is the West that has employed a wide array of government and private sector space technology to aid Ukraine, including satellite platforms providing vital open-source intelligence (OSINT), diplomatic, and humanitarian support.

Since the beginning of hostilities, Russia’s campaign hasn’t exactly evoked visions of precision modern warfare. Indeed, many national security analysts have described its military tactics as anachronistic. My CEPA colleague and former Commander of US Army Europe, Lt-Gen Ben Hodges, colorfully illustrated this a few weeks ago when he described Russian tactics as “almost medieval.”

But recall that Russia’s direct-ascent, anti-satellite weapons test (DA-ASAT) in November surprised not only Western defense officials, but also, apparently, Russia’s own civil space agency – Roscosmos. The test generated a field of deadly space debris that endangered not only NASA and European Space Agency personnel aboard the International Space Station (ISS), but also their Russian cosmonaut colleagues too.

At the time, I wrote in these pages that not only did “the reckless test endanger international norms on the peaceful use of outer space,” but “suggest[ed] an alarming lack of coordination between Russian government agencies, which could lead to concerning national security developments elsewhere.” Sure enough, the uncoordinated DA-ASAT served as a sort of space canary in the coal mine, portending the military mayhem to come.

Starting just three months later, the war showed widespread and befuddled miscommunication between Russian ministries– as well as “a clear breakdown in the flow of accurate information to the Russian president” according to US officials. This has led to the well-documented failures of the Russian military to achieve its initial objectives in Ukraine – not to mention the loss of at least 12 generals (so far), and the sinking of the Moskva, Russia’s Black Sea flagship, by Ukrainian Neptune anti-ship missiles.

And much as Russia’s invasion of Ukraine has had the direct opposite effect of Putin’s stated goal of limiting the growth of the NATO alliance — Finland and Sweden are on the precipice of joining — so too has Russia’s DA-ASAT further isolated the Kremlin. In response to Russia’s behavior, the United States announced on April 18 that it would ban such ground-launched, destructive orbital tests going forward – starting a norms-setting process that Canada has already mirrored, with other nations appearing ready to follow suit.

As for assumptions at the time that the DA-ASAT was in part aimed at demonstrating Russia’s kinetic space weapons capability to deter Western support for Ukraine, it has clearly had no effect whatsoever. The Russian regime, indifferent as ever to other countries’ opinions, now seems to be telegraphing that another kinetic space weapon might be waiting in the wings. For example, on March 20, US officials confirmed Russian claims that the Kremlin had fired a hypersonic Kinzhal missile system for the first time in combat against targets in Western Ukraine. Then again on May 9, just hours after Putin cynically laid flowers in honor of the “hero city” of Odesa during Russian Victory Day ceremonies, multiple Kinzhals were launched against that very Ukrainian city.

But while talk of hypersonic missile technology often evokes memories of Putin bragging about Russia’s in-development, space-capable weapon Avangard, that’s not the system being described here. Russia’s Kinzhal technology is a so-called hypersonic cruise missile system – launched from Russian air force platforms like the MiG-31K fighter jet and remaining in Earth’s atmosphere en route to its ground target. We need to immediately keep in mind a helpful reminder from CSIS’ Missile Defense Project: calling the Kinzhal missile “hypersonic” is “somewhat misleading, as nearly all ballistic missiles reach hypersonic speeds (i.e. above Mach 5) at some point during their flight.”

Kinzhal differs from the much-publicized hypersonic glide missile Avangard, which Putin touted back in 2018. Avangard is reportedly designed to hitch a ride to space aboard an intercontinental ballistic missile before descending to its target on Earth at speeds of up to Mach 20. If anything, the use of a non-space-capable weapon like Kinzhal against defenseless civilian targets in Ukraine is likely more a reflection of the poorly equipped Russian military running out of less-expensive long-range cruise missiles, rather than any tactical military prowess.

So while we haven’t yet seen the direct use of a kinetic space weapon during Russia’s war against Ukraine, that isn’t to say that space technologies haven’t taken center stage. (And non-kinetic cyber attacks and jamming against Western private sector space assets have also taken place). It is true that Western private sector geospatial imaging satellites have been around for some time; we have seen their data appear with more frequency in recent conflicts, from Syria to Yemen. But the rapidity with which these images are shown on traditional and social media platforms has been nothing short of astonishing.

In the lead up to Russia’s February 24 invasion, OSINT aggregator Twitter handles grew in prominence and played a key role in demonstrating to the world just how stark a divide there was between the Kremlin’s false rhetoric and reality. Indeed, just as Russian officials claimed in the early weeks of 2022 that Moscow had no intention of invading Ukraine, multi-spectral satellite imagery betrayed the regime’s false denials, showing the world in near real time the extent to which the Kremlin had arrayed forward-deployed troops and equipment along Ukraine’s borders with both Belarus and Russia. And these Twitter accounts — with aggregators like The Intel Crab and OSINTTechnical, as well as analysts like Michael Kofman and Rob Lee — are not drawing from long-since declassified data from Western military satellite platforms, but rather images rapidly released from private sector firms like Maxar Technologies and Planet Labs.

Since the onset of hostilities, these same OSINT accounts have been able to inform about the dynamically evolving military lines of contact using data from private-sector space imagers. But they have also demonstrated how modern space assets have been able to reveal vital evidence of Russian war crimes against civilians, destruction of Ukrainian civil infrastructure, agricultural food security issues, and can be used to help planning of refugee evacuation corridors and humanitarian aid delivery. (It’s interesting to note that the private sector satellite industry itself isn’t just providing data – it recently formed a group of satellite firms called Space Industry for Ukraine, which are donating funds for humanitarian assistance.)

Crucial data from Western private sector space assets has in turn directly supported the broader response of the democratic world, from diplomatic and military strategies to support Ukrainian sovereignty, to providing unprecedented information for aid workers to deliver humanitarian support to Ukrainian citizens in need.

As Russia’s war of aggression continues to unfold, and private-sector satellite imagery continues to drive headlines, remember this: when it comes to the support the democratic world can muster in bolstering Ukraine, the sky is not the limit.

Dr. Benjamin L. Schmitt is a Research Associate at Harvard University, a Senior Fellow for Democratic Resilience at CEPA, and the co-Founder of the Space Diplomacy Lab at the Duke University Center for International and Global Studies. (Twitter: @BLSchmitt)