It’s Time for a Unified Allied Strategy in the Black Sea In the Black Sea, more than elsewhere, Russia is actively employing revisionist strategies to undermine the rules-based international system and once again establish lines of division in Europe. From Russia’s perspective, the Black Sea region exemplifies its vision of a new European security paradigm, […] 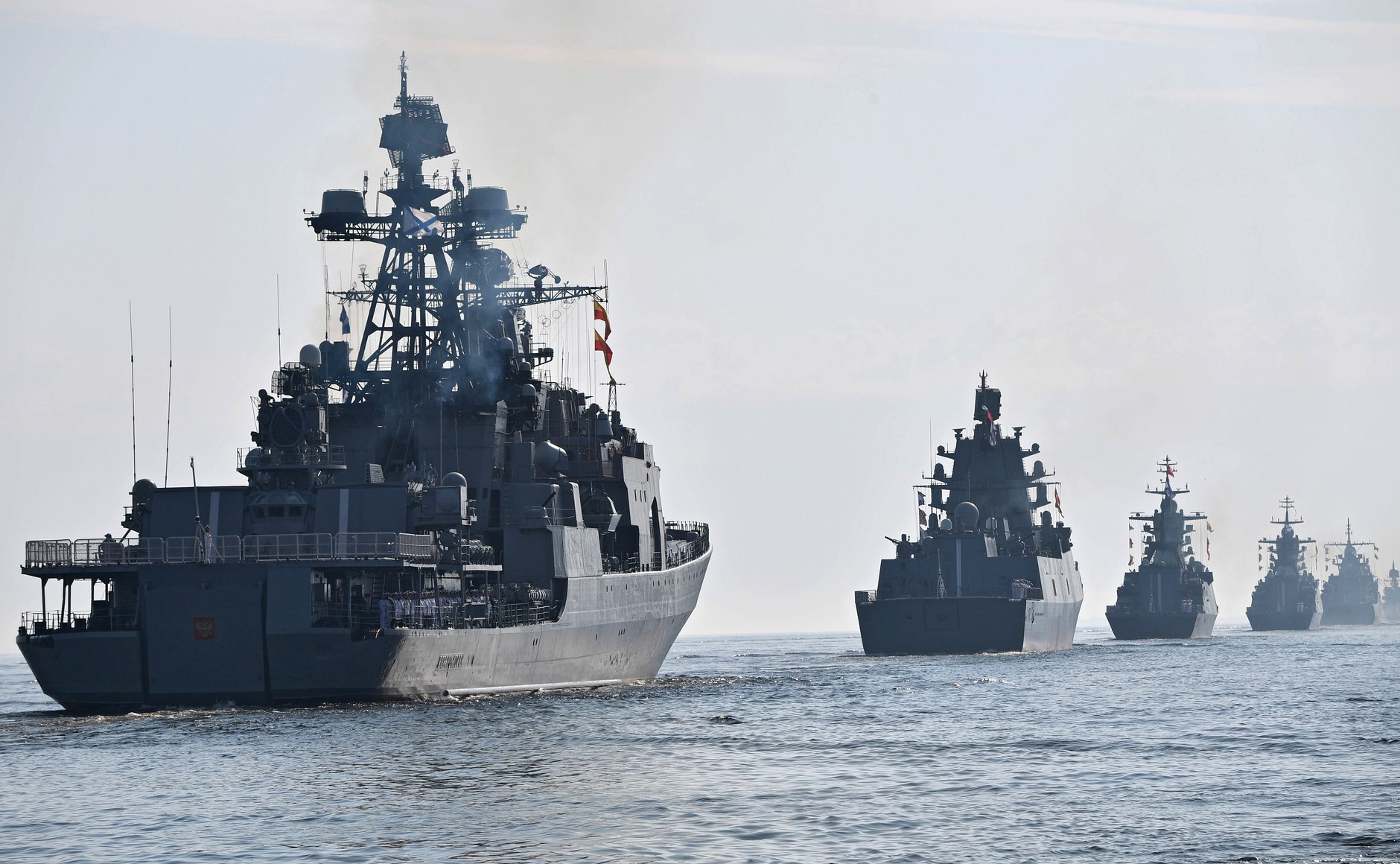 Data Privacy Reform Must Consider Civil Rights Giorgia Meloni Preaches Tech Nationalism. But Can Italy Go It Alone?  Ukraine is Winning the Cyber War Europe Overegulates, US Abdicates – and China May Win the Race for Tech Supremacy The Splinternet is Here: How to Make the Most of it Charity Begins with Drones: Funding Ukraine’s Resistance Tracking Chinese Online Influence in Central and Eastern Europe
Explore

In the Black Sea, more than elsewhere, Russia is actively employing revisionist strategies to undermine the rules-based international system and once again establish lines of division in Europe. From Russia’s perspective, the Black Sea region exemplifies its vision of a new European security paradigm, where NATO member states—Romania, Bulgaria, Turkey—are covered by the freedom and security umbrella of the West, while the countries of the so-called ‘near abroad’—Georgia and Ukraine—should fall under Moscow’s orbit.

Hence, the scope and ambitions of the Kremlin’s so-called ‘hybrid’ warfare differ according to the specific objectives and local political contexts of the targeted countries. In Romania and Bulgaria, Moscow seeks to undermine the credibility of the EU and NATO, and to influence national decisions by putting pressure on governments and societies. In Georgia and Ukraine, they are to undermine statehood and prevent European and Euro-Atlantic integration at any cost.

In other words, Russia’s strategic objective is to impose a ‘new Iron Curtain’ in the Black Sea along the maritime lines of NATO’s Article 5 by operating below the Alliance’s threshold of conflict and destabilizing what it claims as Russia’s exclusive sphere of influence. The Western response to this aggressive strategy will play a significant role in determining the future of the international order and whether Europe will be whole and free.

The anatomy of the new Iron Curtain

For more than two decades, the Kremlin has been consistently trying to establish a sphere of exclusive influence in the Black Sea region. There is nothing new here in what is frequently labeled as part of Russia’s ‘hybrid’ strategy against Western interests and values. Through the simultaneous and continuous application of all elements of national power, the Kremlin seeks to exploit the vulnerabilities of the littoral states and their allies to turn them into pressure points. Russia’s military superiority in the Black Sea theater and Anti-Access Area Denial (A2AD) bubble, which effectively covers the entire region, exists as a result of its reckless policy of destabilization, occupation, and annexation.

As part of this new Iron Curtain strategy, Russia continues its illegal occupation of Crimea and destabilization of Donbas. Ukrainian sailors are still jailed in Russia following the seizure of the Ukrainian vessels, despite a call by the International Tribunal for Law of the Seas to release them immediately. Most recently, as a response to the U.S.-led multilateral military exercises “Sea Breeze” and “Agile Spirit,” conducted respectively in Ukraine and Georgia, Russia has closed most of the Black Sea for navigation, blocking international shipping routes to all littoral states. Clearly, the issue of freedom of movement and navigation in the Black Sea region is not just a regional matter: as a vital component of East-West connectivity and energy security, it constitutes a compelling Western interest.

Further, Russia continues to illegally occupy 20 percent of Georgia’s territory and is gradually moving the occupation line deeper – the so-called “creeping annexation.” In addition to erecting physical barriers to obstruct freedom of movement in breach of the 6-point ceasefire agreement negotiated by the EU in August 2008, kidnappings and gross violations of the rights of ethnic Georgians are a regular occurrence. Additionally, the Kremlin has recently doubled down on non-kinetic influence operations to test the resolve of the pro-Western Georgian public. The increased activity in recent years by Kremlin-funded NGOs, such as the Gorchakov Fund and the Primakov Foundation, has been correlated with moderate public protest and hush reactions from Georgian authorities. And a Russia-Georgia media forum and a workshop jointly organized by RT and Sputnik had the cynical aim of training representatives of the Georgian media to fight fake news.

As a result, the Kremlin activated its supporters in Georgia, such as pro-Russian business tycoon Levan Vasadze, who have espoused anti-Western agendas to support the further polarization of Georgian society through narratives based on hate speech and what many have viewed as calls for violence. The ambivalent response of Georgian state institutions to the violence of those groups, especially after the overreaction of the police forces against the anti-occupation protests in Tbilisi on June 20, raises concern that Georgia’s declared pro-Western course should not be taken for granted. Interestingly, the protests were sparked by a controversial invitation to hold a session of the Inter-parliamentary Assembly on Orthodoxy—a known soft power tool of the Kremlin—led by a communist member of the Russian Duma.

The main motivation of Russia’s aggression in the Black Sea has always been about enforcing influence. The Kremlin’s narrative of being provoked by the military threat it perceives from NATO enlargement near its borders is just a cover. Russia’s hostile attitude to the idea of developing the deep-water port of Anaklia led by a U.S.-Georgian consortium is proof of this. The port project is a practical means of boosting Georgia’s potential as a connectivity and logistics hub between Europe and Eurasia. Russia understands that the greater Western interests and investments in Georgia are, the more costly its continued aggression will be. For this reason, the Kremlin has been publicly intimidating Georgian authorities to discourage the project.

There was a very clear message from U.S. Secretary of State Pompeo following a meeting on June 11, 2019 with the Georgian PM stating the port is an important part of the U.S.-Georgia strategic partnership. However, despite the obvious strategic importance of the port, Georgia’s vibrant civil society is reporting dubious investigations against the leadership of the TBC Bank Group, a Georgian partner in the Anaklia consortium. Concerns about the real intent of the government arose as the regulator and prosecutor offices simultaneously started hasty investigations into transactional details dated back to 2008. At this first sign of unnecessary pressure, the Coni Group, a U.S. partner, announced its withdrawal from the project, which will further complicate negotiations with potential investors.

Georgia’s national security is closely intertwined with its economic and democratic credentials. It is crucial for both Georgia and the West that Georgia remains an exemplary leader in development processes and a trusted foothold for Western interests and values in the wider region. While it is important to criticize Turkey’s controversial acquisition of Russian S-400 anti-missile systems—which further complicates the strategic outlook in the region—the West should encourage constructive engagement and acknowledge the critical leadership role of this essential NATO ally. Here Georgia can play a significant role. Accordingly, Georgia and its allies should increase investments in the stability and prosperity of the Black Sea in response to Russia’s accelerated efforts to expand its influence.

Whether or not the Georgian government, society, and allies respond to this multidimensional assault thoughtfully and decisively will determine whether Russia will succeed in dragging the country back into its orbit. Unfortunately, not all Western capitals have equally and sufficiently perceived this threat. Bridging this gap is a vital building block for a credible strategy to deter Russian aggression. The first step could be a joint Black Sea threat assessment with Georgia and Ukraine.

To strengthen its own resilience, NATO should learn from Georgia and Ukraine’s decades of experience in countering Russian hybrid warfare. There is also more room to apply lessons learned from the Baltic experience of engaging non-NATO partners in strengthening regional security: Georgia and Ukraine are important for Black Sea security in the same way Finland and Sweden are for Baltic regional security. NATO also should adopt a more coherent approach to its Eastern Flank and not distinguish between levels of engagement or make qualitative differences between enhanced Forward Presence in the Baltics versus tailored Forward Presence in the Black Sea.

On a strategic level, the only adequate answer to Russia’s aggression can be a long-term, unified strategy of rejecting the new Iron Curtain. A good icebreaker could be inviting Georgia to start accession talks with NATO—after a decade of delay—since the Allied political decision that Georgia and Ukraine will become members of NATO was already made at the 2008 Bucharest Summit. This invitation could serve as a powerful message about the credibility of the Alliance’s commitment to its own principles and proof that no third party can influence its decisions, as recently reconfirmed by Secretary General Stoltenberg. In order to prepare for accession, all Allies must first acknowledge the illegal occupation of Georgian regions and adopt the appropriate terminology in official NATO language.

Shota Gvineria is a non-resident Fellow at the Economic Policy Research Center.

Photo: “The main naval parade” by the Kremlin under CC BY 4.0. 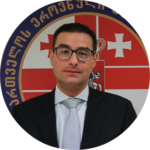