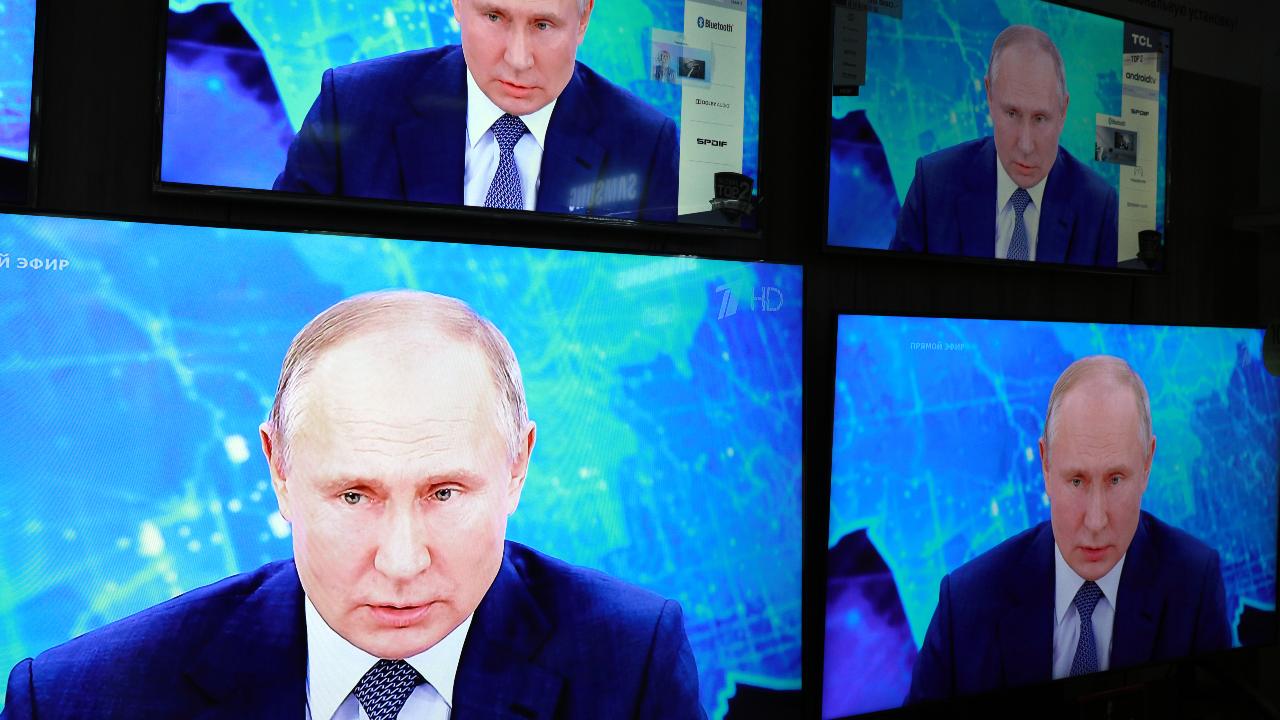 As Russia sends tanks and soldiers to take over Ukraine, it is also dispatching censors and regulators to strangle the Internet. In this special series by the Center for European Policy Analysis, The New Iron Curtain, Senior Fellows Andrei Soldatov and Irina Borogan argue that both invasions are linked and represent the culmination of more than a decade-long trend to throttle the free and open flow of information in Russia.

In 2009, Google decided it wanted to become number one in Russia.

Local tech star Yandex dominated the search engine market. Yandex was fast to market, bringing maps and other features to Russians well before the Silicon Valley giant. If Google improved its Russian offering, it figured that Yandex could be vanquished. Google hired Russian engineers. It added local content. It signed a deal with local social network Mail.ru.

The effort proved fruitless. Under political pressure, the Mail.ru partnership fell apart. It soon became clear that Google could stay a relevant number two in the Russian search market, but never be allowed to become number one.

Russia’s annexation of Crimea in 2014 upset this arrangement. In addition to sending troops into the Ukrainian territory, the Kremlin launched an offensive against Silicon Valley platforms. On May 16, 2014, a Roskomnadzor spokesperson, Maxim Ksenzov, attacked Twitter in an interview with Izvestia, the largest pro-Kremlin daily newspaper. “We can tomorrow block Twitter or Facebook in Russia,” Ksenzov said. “It will take a few minutes. We do not see this as a big risk.”

Yet Roskomnador held off. Prime Minister Dmitry Medvedev opposed a full Twitter shutdown.  Instead, starting in 2014, the Kremlin experimented with several tactics trying to force global platforms to cooperate.

On July 4, 2014, the Duma passed a law prohibiting the storage of Russian personal data anywhere but in Russia. Global platforms were required to relocate their servers to Russia by September 1, 2015.  Google, Twitter, and Facebook sent high-ranking representatives to Moscow. Although details of their talks were kept secret, all three quietly sabotaged the law. Russian courts doled out fines for noncompliance, but they were too small to force a change.

The Kremlin kept increasing pressure. Of the three platforms, Google felt the most pain. Evgeny Prigozhin, a businessman close to the Kremlin, hired private security officers to spy on its Russian Director of Government Affairs, Marina Zhunich. An antitrust case targeted the Google-owned mobile phone operating system Android, which dominated the Russian market.  It was resolved only after Google agreed to replace its search engine with Yandex on all Russian mobile devices.

Twitter came next.  In March 2021, Roskomnadzor slowed traffic to the website. It demanded that Twitter take down content the Kremlin considered “harmful,”  in particular posts calling on children to take part in the pro-Navalny demonstrations. The slowdown affected every Russian mobile phone and half of laptops and tablets.

The operation was far from surgical. In addition to Twitter, Roskomnadzor accidentally shut down the Kremlin’s website, as well as other government sites.

Under such pressure, Western tech’s resistance crumbled. When Twitter’s traffic was slowed in 2021, it acceded to requests to take down “illegal content.” Roskomnadzor announced that Twitter had acceded to 91 percent of its requests for takedowns.

Apple turned off its Private Relay service, designed to encrypt all traffic leaving a user’s device, like an iPhone or an iPad, so that it couldn’t be read if intercepted. Apple had already switched the service off in authoritarian countries such as Saudi Arabia. Now it was Russia’s turn. Silicon Valley took the Twitter slowdown as a sign that the Russian authorities no longer feared a domestic backlash from blocking Western sites.

While upping its attacks on foreign platforms, Roskomnadzor promoted local Russian replacements. Russia’s tech industry is one of the country’s fastest-growing sectors, benefiting from one of the world’s largest engineering communities. To help local tech firms, lawmakers required the pre-installation of many Russian-made apps, starting in 2019.  Yandex and Mail.ru  own the bulk of Kremlin-required apps. This includes a browser, a cloud computing service, a maps application, a search engine, an instant messenger, and two social networks.

The goal was straightforward: when Russians witnessed something extraordinary – and decided to share the news, video footage, or pictures online – they would post to Russian-made platforms, under strict control of the country’s censors. Starting in 2017, most Russian social media and online services were added to the ‘Register of information distributors’ and required to provide access to the FSB intelligence agency.

For Western firms, the crackdown’s climax came in September 2020, when the Kremlin demanded the removal from Apple and Google app stores of Alexei Navalny’s Smart Voting App.  The Smart Voting app selected candidates with the best prospects of beating representatives of Putin’s United Russia party.

Old-fashioned intimidation was deployed. FSB agents visited the home of Google’s top executive in Moscow to deliver a frightening ultimatum: take down the app within 24 hours or go to prison, according to the Washington Post. Although Google moved the woman to a hotel, the agents showed up at her room to repeat their warning. Within hours, the Smart Voting app was gone.  Apple’s “main representative in Moscow faced a similarly harrowing sequence,” the Post reported.

After invading Ukraine, the Kremlin blocked Twitter and Facebook traffic. A Russian prosecutor branded Meta (Facebook, WhatsApp, and Instagram) as an extremist organization. By all indications, the Kremlin will keep upping the pressure on foreign platforms and websites until they are chased out of Russia. As of today, YouTube remains the only major Silicon Valley network still available.

The Kremlin’s censorship extended beyond Silicon Valley. It blocked international media including ВВС, Deutsche Welle, and Radio Liberty as well as independent Russian media including Meduza, Mediazona, Doxa, Echo Moskvy, and TV Rain. The list grows daily. Our own website, Agentura.ru, was blocked on March 18 after we broke a story about purges in the FSB in the wake of their intelligence failures around the Ukraine invasion.

The results of this massive blocking are mixed: Russians, outraged by the introduction of such total censorship, have rushed to install VPN services.   Attempts to replace international apps with Russian counterparts are faltering. With their online surveillance and censorship apparatus struggling, Russian authorities are turning to traditional means of suppressing information  On March 4, the Duma adopted a new law making it a criminal offense punishable by up to 15 years in jail to spread fakes about military operations, to discredit the armed forces, or to support sanctions against Russia.

During the three days after the law was imposed, police detained 60 people. The majority were journalists. Terrified, almost all independent Russian journalists have ceased covering the war.

Russia’s rhetoric about the Sovereign Internet represents an attempt to justify nationwide censorship. Despite Russia’s strong tradition of high-quality technical education, foreign help has been required to build Russia’s surveillance and censorship apparatus.

Western policy should focus on improving export controls on technologies that could strengthen this censorship and surveillance. Global platforms led by Google, Facebook, and Twitter, should remain available for Russians to share uncensored news and political developments. Western powers should make it a priority to keep global platforms available in Russia.

Andrei Soldatov is a nonresident senior fellow with the Center for European Policy Analysis. A Russian investigative journalist, co-founder, and editor of Agentura.ru, a watchdog of the Russian secret services’ activities, he has been covering security services and terrorism issues since 1999. 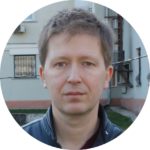 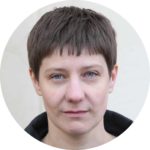 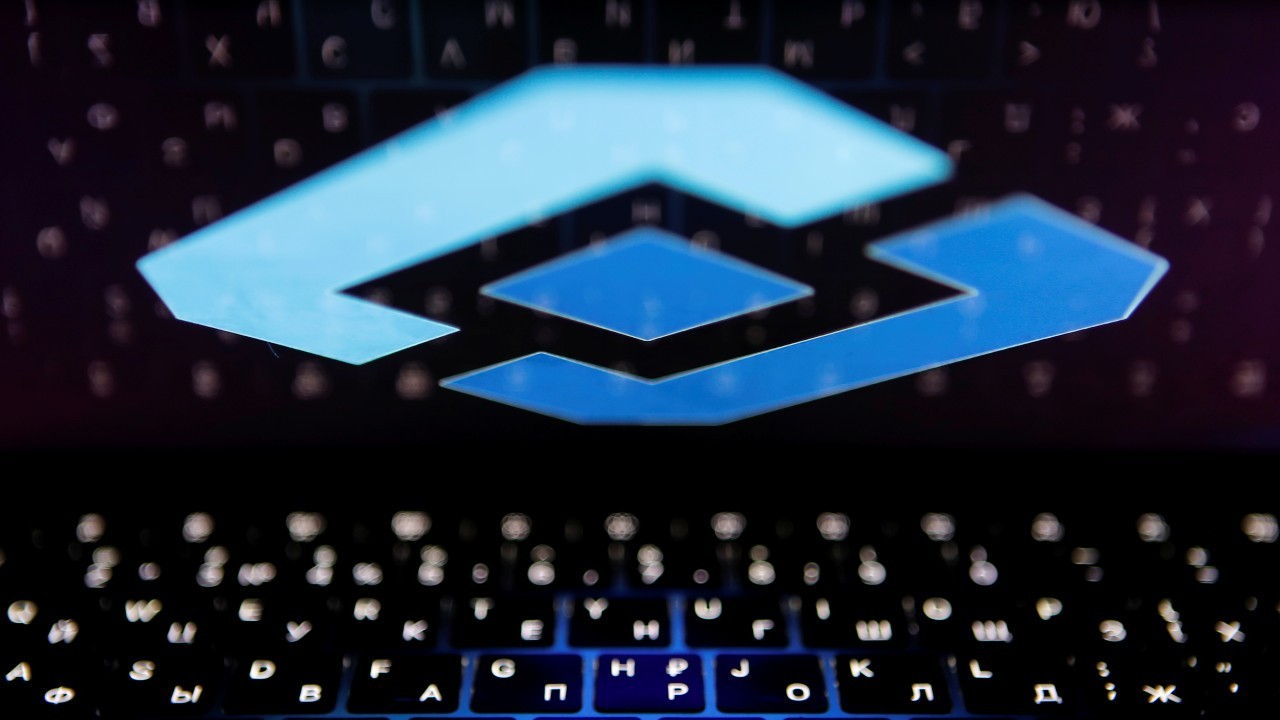 As Russia sends tanks and soldiers to take over Ukraine, it is also dispatching censors and regulators to strangle the Internet. In this CEPA special series, Senior Fellows Andrei Soldatov and Irina Borogan argue that both invasions are linked and represent the culmination of a more than a decade-long trend to throttle the free and open flow of information in Russia.