The Minsk Protocol: a Menace to Ukraine’s Future

The West would be foolish to believe its outline peace plan for Ukraine is anything other than a disaster in the making. 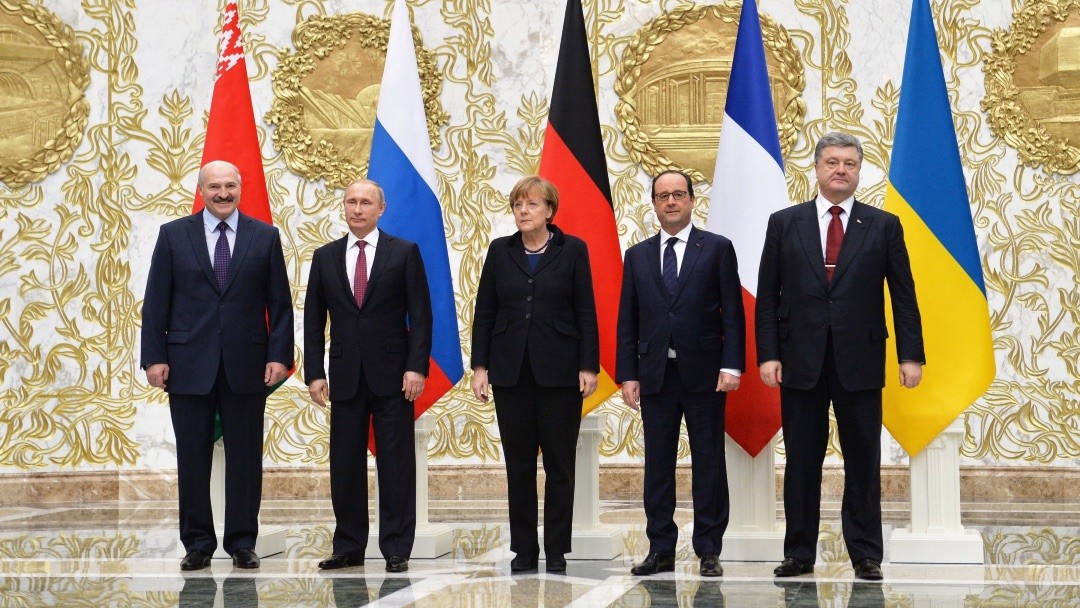 It was seven years ago that the Minsk Protocol was half-signed by Ukraine, at gunpoint. The Arrangements are often seen in the West as a fire extinguisher for the Donbas war, a solution touted as a possible curtain-raiser to an anti-China rapprochement with Russia. Not only is this pure fantasy thinking, but it also ignores the key fact: that the Minsk process is actually a tripwire waiting to detonate across Ukraine. Minsk’s implementation would not only perpetuate the Russo-Ukraine war but cause it to spill over into Eurasia.

The vision of Minsk as a fledgling peace solution ignores crucial context: the Kremlin considers restoration of Ukraine’s statehood as a mistake to be corrected, as repeatedly stated by Russia’s forever president, Vladimir Putin. This predates the current Russian government: it dates back centuries, a long-term project in which Russia has aimed to turn Ukrainians into Russians through force and cultural erasure. Today, the Kremlin’s neo-imperialist policies in Ukraine are:

The Minsk process is designed to further these policies, not to achieve peace. That may not be easy for Minsk participants and cheerleaders like France and Germany to hear, but it is clear from the statements made by senior Russian officials. If in doubt, remember the June interview by Putin advisor Vladislav Surkov, who said the “Minsk Arrangements are extremely beneficial to the Russian cause in Ukraine and Russia,” while Russia’s foreign minister Sergey Lavrov said Ukraine must be “made to squirm on the hook of Minsk Arrangements”. These are not the words of peace-makers. The real end game of Russia’s invasion of Donbas is attrition and destabilization of Ukraine through the “peace process.”

Ukrainians are no fools. Whatever the Kremlin’s propaganda and the happy-clappy talk of some Western diplomats, Ukrainians are well aware that the Donbas war is not an internal Ukraine conflict (as implied by Minsk Protocol) but in fact a Russian invasion. According to a 2021 poll by Rating Group, more than 70% consider Russia to be the aggressor.

Polls during 2021 (and since 2014) by DIF and Razumkov Center have shown about 70% of Ukrainians felt that the Donbas conflict was a Russo-Ukraine war. Furthermore, the most recent polls show Ukrainians reject key provisions of the Minsk Protocol. A majority will not accept any “special status” or autonomy for Donbas. According to a 2020 Razumkov poll, 54% felt that the occupied Donbas territories should be returned to Ukraine with their pre-war status; with just 9% believing these territories should stay in Russian hands. Only 19% supported the idea of the eastern territories being granted autonomy. More than 60% reject either an amnesty for those who fought against Ukrainian troops or the Kremlin’s demand for “local elections” in the still-occupied Donbas. These provisions are widely viewed as the greatest security threat in Minsk implementation.

Polling data is supported by mass protests in Ukraine since 2014. There have been dozens of protests against Minsk implementation, led by veterans and activists; some attended by tens of thousands. This opposition will increase. Over 400,000 people have fought in the Donbas war and thousands have died.

Yet if the current situation is bloody and messy, it would be far worse if the Minsk provisions were actually implemented. The agreement would allow Kremlin to maintain its de facto occupation in the “certain territories of Donetsk and Luhansk Regions” even after Ukraine formally regained sovereignty— creating a pseudo-legal mechanism for continuous interference in Ukraine affairs through the bogus local government bodies created under Minsk, and through the Ukraine MPs who would eventually be elected from the region.

The Kremlin would use that to sabotage Ukrainian statehood. The emergence of Russia-organized “separatists” in other regions would be inevitable: amplifying public resentment against the so-called peace deal, dividing and destabilizing the entire country. Domestic and foreign actors promoting Minsk would lose support among a pro-Western citizenry (some of whom will be incentivized to emigrate.)

There are numerous other flaws in Minsk, which for example exempts Russia from compensating Ukraine for war losses, and from bearing the political and legal consequences of its aggression. And Ukraine alone couldn’t possibly cover all the costs of post-war reconstruction, estimated by experts and the Ukraine government at upwards of $100bn.

The Minsk Arrangements also fail to address the occupation of Crimea. Thus any Minsk solution for Donbas would only worsen the political problem of Crimea: tolerating Russia’s continuing occupation while establishing double standards for two territories in essentially similar situations, and leaving the impression that Crimea had been traded for Donbas. This would be likely to further radicalize some elements of Ukrainian society and embolden Russia toward harsher repression in Crimea.

If it was to gain increased influence within Ukraine, it is highly likely that Russia would use Ukraine as a proxy territory for hybrid attacks in Europe, much as it has done with Belarus. And encouraged by the success of Minsk implementation, the Kremlin might apply its Donbas tactic to other countries with Russian-speaking or Orthodox Christian populations: like the Baltic states, Kazakhstan, and the Balkans.

It is true that the Minsk Arrangements had a purpose when agreed: the deal helped slow the invasion and as a result saved some lives, But their implementation will not end the conflict: it offers neither a just and secure settlement for Ukraine, nor a mechanism to hold Russia responsible for the war, nor an incentive to leave its neighbors in peace in the future.